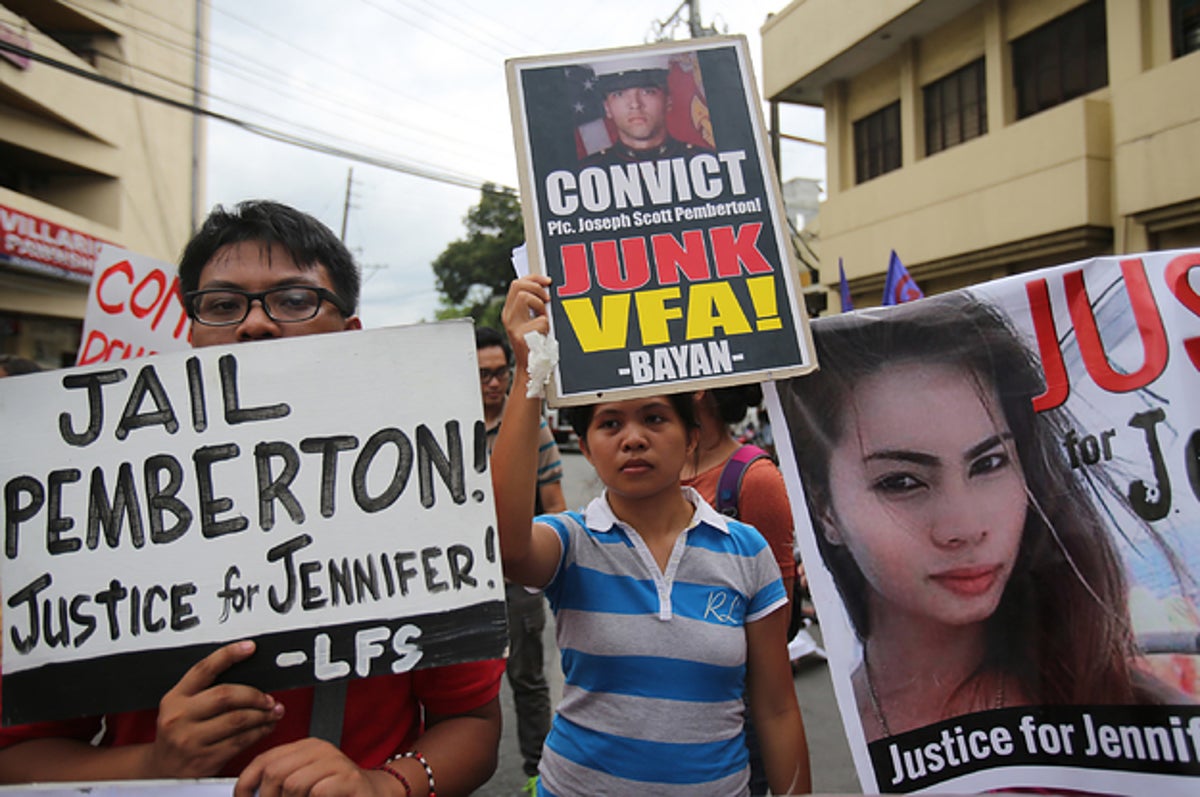 Joseph Scott Pemberton is set to be released after serving less than six years of a 10-year sentence for the murder of Jennifer Laude.

A US Navy convicted of murdering a transgender woman in the Philippines in 2014 was pardoned Monday by President Rodrigo Duterte.

Grace came five years after Lance Cpl. Joseph Scott Pemberton admitted to choking Jennifer Laude in a hotel room after paying her for sex and finding out she was transgender.

Pemberton had served less than six years of a 10-year sentence for the murder.

The decision to release and pardon him was confirmed on Twitter by Philippine Foreign Secretary Teddy Locsin Jr.

But Duterte’s decision drew fierce criticism from LGBTQ organizations in the Philippines, which called the convicted murderer’s pardon a direct attack on the country’s trans community.

“President Duterte’s pardon in Pemberton sends a strong and clear message that the life of a Filipino trans woman does not matter, that the season is open to discrimination and violence against transgender people, and that American soldiers will continue to get away with the murder on Filipino soil, “a statement signed by more than 30 organizations read Monday.” His government has never served our interests or protected our rights and our lives, and proves today that only a murderer can sympathize with another murderer.

Chel Diokno, a human rights lawyer and president of the Free Legal Assistance Group, called the pardon “a big step backwards for justice in this case and in our country.”

Virginia Suarez, a lawyer for the Laude family, also called the decision “a travesty of Philippine sovereignty and democracy.”

Pemberton had testified that in October 2014 he was participating in a day of leisure and shopping and bar. In a bar, he met Laude and agreed to pay her for sex at a nearby hotel.

After Laude performed oral sex on Pemberton, he testified that he found out that she was transgender and pushed her out of bed. Laude allegedly slapped her and Pemberton strangled her until she passed out. He said she was alive when he left the room.

One of his lawyers said during the trial, Pemberton said he “felt he was being raped” because he “was so repulsed and so disgusted because he had not given his consent to allow a man to do that to him “.

In his conviction, the judge ruled that Pemberton’s assertion that he was threatened could not be used as a defense, stating: “There is no unlawful assault that justifies [Pemberton] to defend his honor. “

Pemberton had been slated for an early exit last week for his good demeanor, the BBC reported, but his release was cut short after lawyers for Laude’s family appealed.

The appeal is now void due to the presidential pardon.

It was not immediately clear when Pemberton would be released from prison and allowed to return to the United States.

Share
Facebook
Twitter
Pinterest
WhatsApp
Previous articleDo you travel to the same cities as everyone else?
Next articleHere are 15 satellite images of iconic landmarks from around the world – I’ll be impressed if you can name just 8
- Advertisement -

Syria says Israeli planes carried out attacks in the central province, adding that its military shot down most of the missiles.Syrian state media...
Read more
World news

Jakarta, Indonesia - Investigators have yet to determine the cause of Sriwijaya Air's plane crash this month in Indonesia that killed all 63...
Read more
World news