Johnson to travel to Brussels to break Brexit deadlock 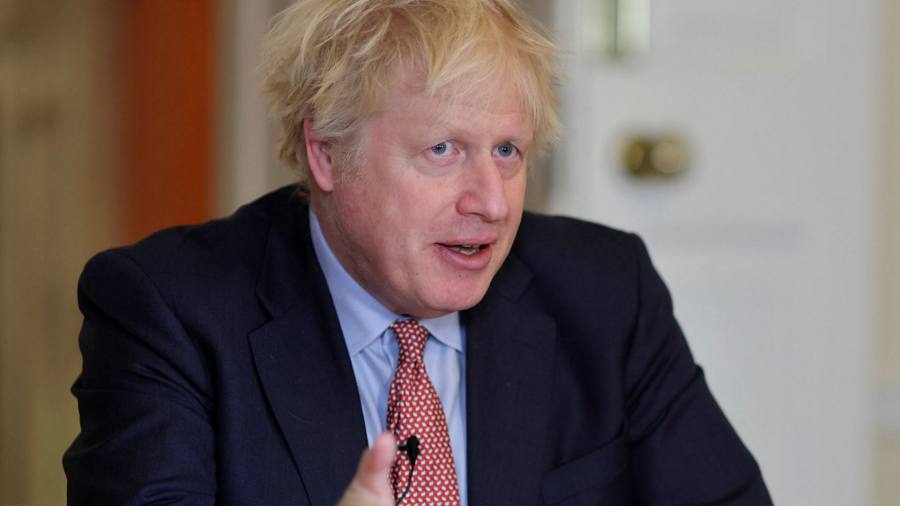 
Boris Johnson is due to travel to Brussels for decisive talks on a trade deal between the UK and the EU, with negotiations deadlocked and warnings that there was “every chance” that negotiations would fail.

The British Prime Minister will meet Ursula von der Leyen, President of the European Commission, “in the coming days” as nine months of talks on a post-Brexit relationship between the two sides come to an end.

“We have not made any tangible progress,” said a senior British official. “It is clear that this must now continue politically. Although we do not see this process as closed, things seem very delicate and there is every chance that we will not make it.

Mr Johnson and Ms von der Leyen agreed on Monday after a 45 minute phone call that their chief negotiators should “prepare an overview of the remaining disputes to be discussed in person”.

Times have not been confirmed, but the meeting could take place on Wednesday before Thursday’s European Council in Brussels. Both sides have said Mr Johnson will not attend the 27-country summit.

In Brussels, the mood is certainly starting to shift towards contingency planning for a no-deal

Angel number 10 played down the idea that scheduling face-to-face discussions could be a positive sign. An ally of the Prime Minister said: “The differences are just as big as they were before.”

The fact that talks are continuing despite disagreements over a fair competition “a level playing field”, fishing and the governance of any trade deal has raised hopes that a deal was still possible.

But the Irish Foreign Minister said there had been “no progress” in two days of intensive talks since negotiations resumed on Sunday, saying other EU member states were becoming “more and more frustrated ”.

“In Brussels, the mood is certainly starting to shift towards contingency planning for a no-deal,” Simon Coveney told RTE television after arriving in Dublin after talks in Brussels.

Mr Johnson’s allies have made it clear that the PM is ready to drop the talks, but Downing Street has said he remains “keen” to get a free trade deal on the right terms.

The call between Mr Johnson and Ms von der Leyen was not intended to be an opportunity to reach agreements on key sticking points, but rather to take stock of the existing positions of both sides. Officials on both sides of the negotiations remained depressed about the significant divisions that remain in key areas of the negotiations and were not making any predictions about the likelihood of a deal.

Things remain “very difficult”, said an EU official. The fact that Mr Johnson is coming to Brussels showed that ‘things are not falling off the cliff, but we have not resolved the issues in the last few days when the negotiators were here. This shows that there is still work to be done. “

Officials on both sides stressed that it was not surprising that Mr Johnson was the leader who traveled, given that the last face-to-face meeting of the two leaders was held in London.

Those briefed on the call said both sides felt it was time for political discussions and Ms von der Leyen suggested she should play the host after going to Downing Street earlier this year.

The Independent Office for Fiscal Responsibility has warned that a no-deal Brexit on January 1 would inflict a 2% impact on the UK economy – around £ 40 billion – and add around 300,000 to the total unemployed next year.

Sterling fell as much as 1.6 percent against the US dollar to hit a two-week low just above $ 1.32, before picking up later in the day, leaving it 0.8 percent lower at 1.33 $ late afternoon in London.

Those briefed on the talks said negotiators on Monday sought to tackle deeply rooted divisions on fishing rights in UK waters and a ‘level playing field’ for businesses.

On fisheries, one of the issues raised in Monday’s talks was the UK’s continued resistance to ensuring European vessels’ access to its waters 6 to 12 nautical miles from the coast, as well as the length of a transition period covering more remote fishing areas.

The level playing field fractures revolve around the EU’s determination to secure swift remedies against the UK if it seeks an unfair competitive advantage through the use of subsidies or environmental regulation and weaker work.

Earlier on Monday, Mr Johnson tried to lift the gloom over the talks in offer to discard Controversial non-compliance clauses in UK Northern Ireland law.

Mr Johnson said if the two sides came to an agreement on how the NI Protocol, which is part of the UK’s withdrawal agreement from the EU, would work, the contentious clauses would not be necessary.

Although well received in Brussels, an EU diplomat said the decision was up to the UK “trying to use rogue behavior as leverage”.

Mr Johnson had insisted on UK Home Market Bill clauses as a ‘safety net’ to ensure the free movement of goods between the UK and Northern Ireland in case London and Brussels cannot agree on how to apply last year’s agreement and trade negotiations failed.

Ministers admitted the clauses would allow ministers to violate international law, since the legislation would trump Britain’s withdrawal treaty with the EU; since then the issue has hampered trade negotiations.