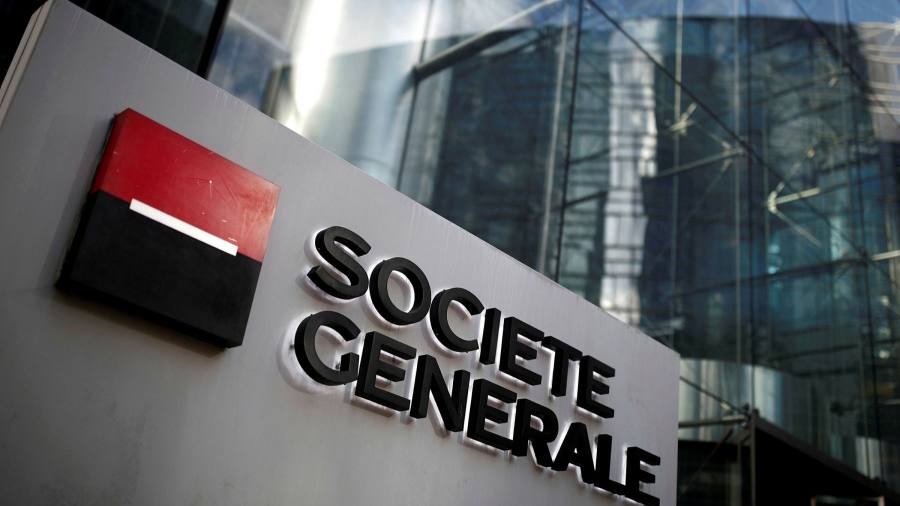 
Société Générale is merging its two national networks of retail banks, closing 600 branches and cutting costs by 450 million euros, as the French lender seeks to capitalize on changes in consumer behavior caused by the pandemic.

Its revamped retail network will number around 1,500 branches by the end of 2025 – up from 2,100 today – as SocGen joins European rivals to save money with an expensive branch network that customers migrate from. .

Lockdowns to slow the spread of Covid-19, as well as the reluctance of many others to come out during the pandemic, accelerated the switch to digital banking, which makes executives more confident in their ability to reduce branch networks.

SocGen had a trying year, marked by losses in its equities division. His loss of 1.26 billion euros in the second quarter – his worst since that linked to dishonest trader Jérôme Kerviel in 2008 – had put pressure on CEO Frédéric Oudéa, the oldest boss of a major European bank.

SocGen’s new branch network has a total of 10 million customers, and savings will also be made by combining IT systems and investments. The bank did not say how many jobs would be lost.

SocGen already had began to cut its networks – a difficult process in France, which remains strongly unionized and where the large mutualist groups can afford to keep a large number of branches open. It closed 390 of the 2,186 branches it owned at the end of 2015.

However, despite closing nearly 2,500 branches over the past decade, France overtook Spain last year as the main European market with the highest number of branches per capita, according to analysis by McKinsey consultant for the Financial Times.

The flip side of its decision to close branches is a push to develop its digital banking offer, Boursorama.

“In a changing French market undergoing several changes accelerated by the Covid crisis, we are today confirming our ambition to differentiate the group by building a unique French retail banking model based on two strong and complementary pillars,” said Mr. Oudéa in a press release.

Closing the branches will cost up to 800 million euros, most of which will be reserved next year, SocGen added.

When David Cameron took over as leader of the Conservative party in 2005, he pledged to introduce a “green revolution”. He went into...
Read more