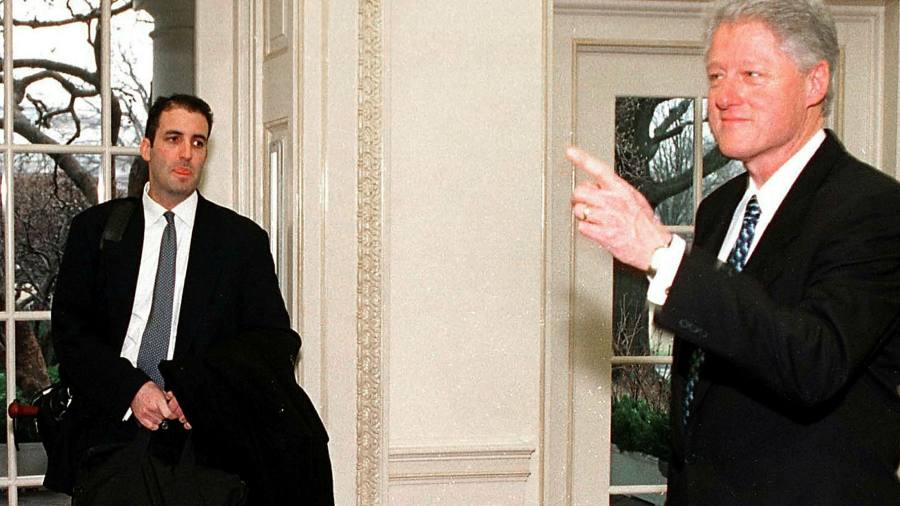 
Doug Band, the adviser who helped chart Bill Clinton’s post-presidential career, is stepping down from his role as chairman of Teneo, the global communications and executive consulting firm he co-founded in 2011.

In an internal email published by the Financial Times on Monday, Mr Band told colleagues he was leaving Teneo to focus on expanding his family office, investing in start-ups and education.

His resignation comes a week after Vanity Fair published an article titled “Confessions of an Exile from Clintonworld“, which details the broken relationship between Mr. Band and Mr. Clinton as well as the family of the former president.

In his email to over 800 Teneo employees, Mr. Band wrote: “In my first and only career after college, having the honor of working for President Clinton, I have only regretted one. thing: I would have liked to leave earlier to pursue other dreams of ideas. It is not a regret that I wish to have again. It is then with a heavy heart that I say goodbye to my Teneo family, and what an amazing family it is.

He added that the company’s two other co-founders, Declan Kelly and Paul Keary, remained in charge of the company. He said his decision to quit was backed by CVC, the private equity firm that bought control of Teneo in a deal that valued the company at over $ 700 million last year.

New York-based Teneo has grown rapidly since launching in 2011, thanks to client relationships with companies such as Coca-Cola, UBS and Dow Chemical, as well as a series of acquisitions that have helped it to expand internationally.

The firm presents itself as a chief executive officer consulting service, with a network that has drawn heavily on the relationships Mr. Band and Mr. Kelly have built during their careers.

In business communication, it competes with firms such as Sard Verbinnen & Co, Brunswick and the future creation Finsbury Glover Hering.

Teneo and CVC did not immediately respond to a request for comment.