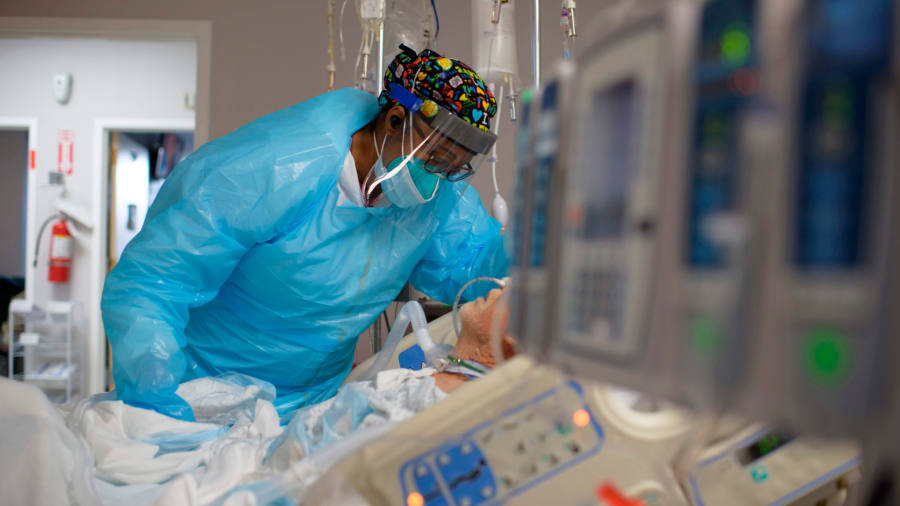 Coronavirus hospitalizations in the southern United States surpassed their summer highs on Monday, underscoring the wide and worrying spread of the virus during the final phase of the pandemic.

A record 102,148 people in the United States were hospitalized with coronavirus, according to data from the Covid Tracking Project on Monday, up from 101,501 on Sunday.

In the southern states, hospitalizations rose to 35,946 from 35,537 a day earlier. This topped the previous record of 35,850 in the region on July 23, according to a Financial Times analysis of data from the Covid Tracking Project.

North Carolina (2,240) and Alabama (2079) were the two southern states to report record high hospitalizations on Monday, but several others set new highs in the past week.

Unlike summer, more states are propelling the region’s record high, while hospitalizations in Texas and Florida – which rank second and third in the United States in terms of population – are 19, 3% and 52.8% below their summer highs, according to FT analysis of data from the Covid Tracking project.

Likewise, the spread of the coronavirus through so-called “mountain” states like Colorado, Nevada and Arizona since the start of fall has helped the western region as a whole to pass its summer peak in late November. .

Hospitalizations in the west hit a record 22,249 on Monday, California, the most populous state in the United States, surpassing its previous high in July on December 1.

Over the past week, the United States added nearly 1.38 million infections. If it were an individual country, it would displace Colombia as the tenth highest number of cases for the entire pandemic, according to data from Johns Hopkins University.

The United States has averaged 197,882 cases per day over the past week, a record rate.

Another 1,347 death has been attributed to Covid-19. That’s up from Sunday’s total of 1,146 which ended a five-day streak in which the United States added more than 2,000 deaths each day.

While the United States is yet to surpass its record high in a single day of death on July 12, the country’s seven-day average now stands at a record high of 2,174.