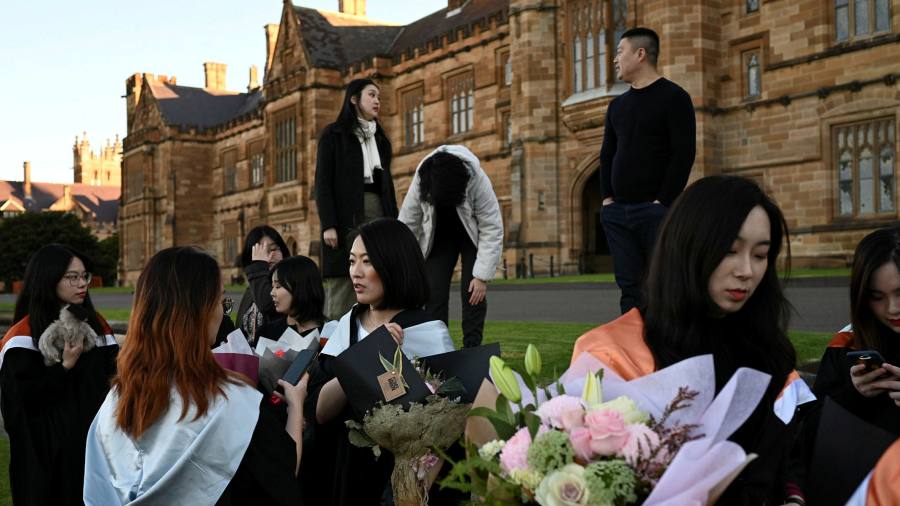 
Rashna Bajracharya was among tens of thousands of international students in Australia who lost the part-time jobs they relied on to pay for food and rent when Covid struck in March.

“I contacted my family in Nepal for help, but the banking system was shut down due to the pandemic, so they couldn’t send me money. I ended up relying on charity, ”said the 29-year-old student, who now volunteers at a food bank run by Uniting Church in Sydney.

Unlike the governments of the UK, New Zealand and Canada, Canberra has not extended its Covid-19 wage subsidy program to international students – a move that has caused a crisis for some of the 500,000 student visa holders who to contribute Australian $ 9 billion ($ 6.7 billion) per year in Australian university tuition fees.

Scott Morrison, Australian Prime Minister, said Canberra should focus on its own citizens and temporary migrants should return home if they cannot provide for themselves. But many remained, since the international border was closed and they couldn’t afford the high cost of flights.

Canberra now wants to inspire international students to come back to support a sector that contributes A $ 37 billion a year to the economy, after removing Covid-19.

I saw my friends. . . lose their jobs, are homeless, starve because they have no food and no place to stay

The government authorized a pilot project last week to allow 63 students from China, Indonesia and elsewhere to fly to Darwin for lessons. More flights are planned for next year, which will bypass strict rules barring most foreign residents from entering Australia.

But critics warn that the harsh treatment of foreign students, travel bans, the requirement for a two-week hotel quarantine on arrival, and diplomatic tensions with China mean Australia could struggle to keep its position as the third largest international education market in the world.

The Mitchell Institute, a Victoria University think tank, forecasts the number of foreign students will halve to 290,000 by July, from pre-Covid-19 levels, if travel restrictions remain in place.

“International students have not been treated very well. We did not make them eligible for Jobkeeper [wage subsidies], unlike our competitors in higher education, ”said Tom Smith of Macquarie University.

“There is a risk that international students will think, ‘when it was important, most of Australia did not support us’.”

About 70% of temporary visa holders, including international students, lost their jobs or saw their hours reduced during the pandemic, with employers prioritizing retaining qualified local staff for public grants, according to a report. survey of 6,100 people through the Migrant Workers Justice Initiative.

One in seven international students said they were homeless for a period during the pandemic and a third said they were unable to meet their basic needs because their family could no longer send them money.

The predicament was apparent at the Uniting Church food bank, where boxes of essential supplies, each enough to feed a student for about two weeks, are stacked to the ceiling. The number of clients asking the center for emergency food assistance has increased eightfold to around 350 per month during the pandemic, most of them foreign students.

“I saw my friends, international students, lose their jobs, be homeless, starve because they had no food or a place to stay,” said Anjali Bidari, one of the 40 volunteers working In the center.

The 23-year-old Nepalese student warned that international students would think twice before studying in Australia due to their experiences during the pandemic and difficulty finding part-time work.

She added that the proliferation of online education at universities could also cause students to question the value of international education.

But Australian universities hope the efforts they and some state governments have made to support international students during Covid-19 will be recognized.

The New South Wales government has provided A $ 20 million in housing support and Victoria has allocated A $ 45 million in emergency aid. Monash University in Melbourne was one of dozens of universities that provided funds for financial hardship and offered food bank service.

“It was a very difficult time for them [international students] financially and emotionally isolated and worried about the family at home, ”said Margaret Gardner, Vice Chancellor of Monash.

For Chinese students, who make up about a quarter of international students, the severance of bilateral diplomatic relations between Australia and China may be as significant as Covid-19.

“Australia was once known as a beautiful beach country in China, but now people see the news of the tensions and wonder what they will face if they come to live here,” said Yuan Jiang, doctoral student from China. at the University of Queensland. Technology. 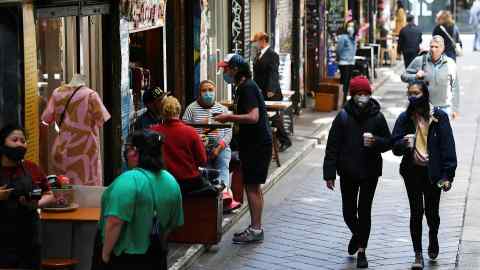 The Migrant Workers Justice Initiative found that more than a third of Chinese respondents had experienced verbal abuse since the Covid-19 outbreak in Wuhan.

“We were able to deal with the coronavirus pandemic in a way that I think is the envy of most countries around the world. . . Now, of course, the UK and Canada have not been able to capitalize on the success that we have had.

IAG seeks to boost use of sustainable aviation fuel | News