Life After Covid-19: What Are We Going To Do Now? 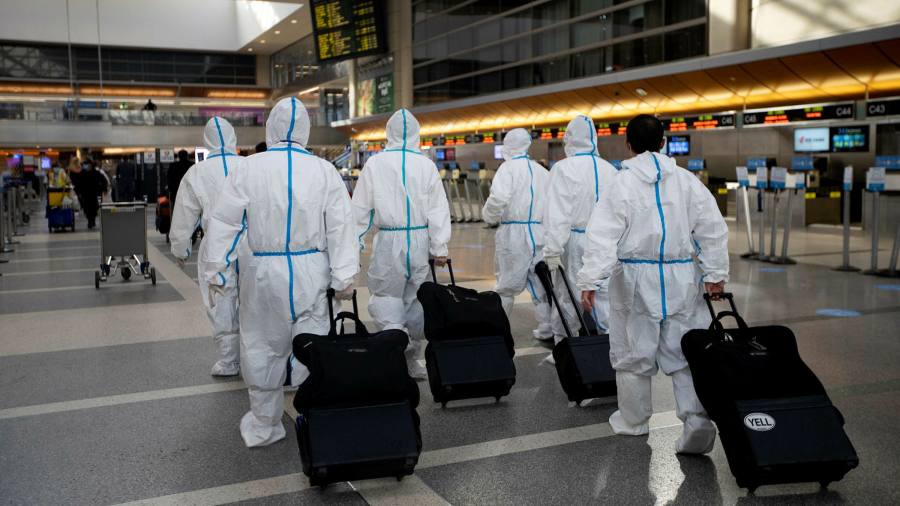 
Unless you’re Jeff Bezos or a Zoom shareholder, the past 11 months will likely have inspired a mixture of fear, hopelessness, heartache and confusion. The pandemic has touched all aspects of life and especially not for the better: resulting in death, disease, unemployment and isolation, and deepening social and economic inequalities.

Globalism is under pressure from nationalism, as countries have closed their borders, accumulated protective gear and traded vaccines. Geopolitical alliances are being reshaped. The United States appears to be in disarray; China seems emboldened. The world sometimes feels like it’s headed in the wrong direction, although vaccine deployments offer a glimpse of hope. For those whose heads ache at the enormity of it all, three books offer different but surprisingly congruent ways of dealing with the pandemic and looking to the world that may emerge.

Many will understand the title of Ivan Krastev’s slender, Europe-focused offering: Is it still tomorrow? Krastev, who fled to a friend’s house in the Bulgarian countryside in March, notes that epidemics “reset our world in the same way as wars and revolutions, but these other things mark themselves in our collective memory in a way. that epidemics don’t. “

The numbers prove it. The Spanish flu pandemic of 1918-1920 killed between 50 and 100 million people, perhaps more than World War I (17m) and World War II (60m) combined. That’s a staggering toll for a single event, which also saw a third of the world infected. Yet while you can go through maybe 80,000 pounds on the first of these wars, there are only 400 on the Spanish Flu.

This perverse perspective stems not only from the fact that it is easier to count those killed in war than those slain by a virus, but also from the tale of the disease. It is impossible, emphasizes Krastev, to present a pandemic “as a clash between good and evil. It lacks a plot and a moral. Dying of disease instead of a bullet is not an exercise in patriotism or heroic sacrifice, and no deeper meaning can be extracted from it.

Nevertheless, he tries to make sense by ordering his thoughts into seven paradoxes. For example, the rapid spread of the virus through jets shows the downsides of globalization while unifying us in a common experience. The pandemic has accelerated the trend of deglobalization by pushing countries to strive for self-sufficiency, while exposing more clearly the limits of nationalism. The virus has also strengthened a sense of community in many societies while widening political, social and economic divisions.

We live in an inherently unstable system: everyone is connected but no one is in control

According to Krastev, Covid-19 put the future of the European project on the line. The pandemic exposed the EU’s shortcomings: When Italy asked for urgent medical supplies, no member state responded. Even so, this failure encourages, paradoxically also, a closer integration; the bloc, in a crackdown on deglobalization, may well end up with more common policies and greater emergency powers for future crises.

Its future is also limited by what happens beyond the continent. When the EU looks to the US, it sees a broken society that cannot be relied upon (although that may change with the new US leadership); nor can he look too adoringly on China, which feeds its own hegemonic ambitions. He predicts that “the globalized nature of Covid-19, combined with the realization that 19th century economic nationalism is no longer an option for small and medium-sized European nation-states, may give rise to a newly configured territorial nationalism. , focused on the EU. . . If the world becomes protectionist, effective protectionism in Europe is only possible at the continental level. ”

This is a good introduction to the first post-pandemic, post-Brexit (if ever we can bother to come back to) dinner: big ideas in small doses that are intriguing enough to impress the companions but not to the point of offend them. either nationalists or globalists.

If reading Krastev is like enjoying a quick, informal dinner, signing up for Fareed Zakaria is like booking a 10-course dinner with a chef who takes food very seriously. In Ten lessons for a post-pandemic world, the international thinker, author and host of CNN tells us how Covid-19 will overturn certainties such as markets, globalization and digital life.

Covid-19, he claims, is the third major post-Cold War shock to hit the world order, after September 11 and the 2008 financial crisis. Each was an “asymmetric” threat: a change cataclysmic triggered by the flapping of a proverbial butterfly wing. In the case of the coronavirus, the wing did not belong to a butterfly but to a bat, possibly somewhere in Hubei province. “What started out as a health problem in China. . . caused a simultaneous foreclosure of all businesses across the world, resulting in great paralysis, the cessation of the economy itself.

This is because we live in an inherently unstable system: everyone is connected but no one is in control. The world is still overdrive, with a relentless acceleration of human development over the past two centuries. We are living longer, producing more, consuming more, consuming energy and space on an unprecedented scale – and generating waste and emissions in tandem. He describes the pandemic as “nature’s revenge” on our voracious species as we build roads, clear land, build factories and dig mines.

What started as a health problem in China. . . caused a simultaneous foreclosure of all businesses around the world, resulting in great paralysis, the cessation of the economy itself

One of the more interesting chapters or lessons examines the role of national governments in disease management. Zakaria is convinced that the quality, not the quantity, of government is the key to triumph. Taiwan, South Korea, Hong Kong and Singapore have done well, tackling the virus early and limiting lockdowns. They are “small state” governments with relatively low public spending. But “big state” countries like Germany, Denmark and Finland also deserve applause for leading their national ships relatively calmly through the viral storm. The common factor, he says, is “a competent, well-functioning and trusted state”.

This phrase cannot, he laments, apply to America and Britain, which have reaped the chaotic consequences of being more anti-government and starving national agencies on behalf of the efficiency and austerity. It was a false economy. In the UK, the private sector has struggled to keep its promises in times of national crisis, despite huge sums allocated to it. No wonder Zakaria calls the following lesson “Markets are not enough”.

But while there are plenty of statistics, quotes, and reports to back up his ideas, he’s less convincing about digital life and inequality. Little is said about how the pandemic has divided us between the exposed poor and the protected rich, or the role of the so-called odd-job economy in perpetuating this schism.

If Zakaria is responding to the post-pandemic musings of a wealthy and educated global elite, who could speak for the unwashed masses? Arise Pope Francis, who broke with papal tradition by writing, with biographer Austen Ivereigh, a response to a major crisis.

Let us dream is part of the homily and manifesto for profound social change – and, scripture quotes aside, quite in tune with the post-pandemic secular narrative. “We cannot go back to the false security of the political and economic systems that we had before the crisis,” warns Pope Francis. “We need economies that give everyone access to the fruits of creation, to the basic needs of life: to land, housing and work. We need a policy that can integrate and dialogue with the poor, the excluded and the vulnerable, which gives people a say in the decisions that have an impact on their lives. We need to slow down, take stock and design better ways to live together on this earth. ”

As he offers spiritual soup to the souls of believers, he also discusses fiercely contemporary ideas such as the unrecognized forces of female leadership. He notes, as others have done, that countries led by women have generally fought the coronavirus with more success; he cites perspectives from economists like Mariana Mazzucato and Kate Raworth, who question the use of gross domestic product as the ultimate measure of economic success. He underlines the limits of neoliberalism (“ethics and economics have been decoupled); speaks with approval of the universal basic income; and desperation in the face of the environmental crisis (it offsets the carbon emissions associated with printing the first edition, buying credits for water and kitchen projects in Guatemala).

These are cross-cutting themes that could reasonably arise in any social discussion of the post-pandemic world order. Take, for example, the disapproving observation that some risky and high-paying investments are now offered with firm guarantees, to ensure a floor for the post-Covid economy. The policy benefits the haves with money to save and “it will serve to increase wealth inequalities.” This reminds the author of a verse in the Gospel according to Matthew: “For whosoever has more shall be given, and he shall have abundance; but from him who has not, even what he has will be taken away. These financial guarantees, he concludes, amount to “socialism for the rich and capitalism for the poor”.

The lines in the previous paragraph sound like something Pope Francis, a social justice warrior, might have written – except that Zakaria got there first. This is what is striking about these three books: starting from diverse perspectives, they converge to similar conclusions about how the world could or should change, whether it is about living more harmoniously alongside others. species or to scrutinize more deeply the competence of those who govern us. .

Whether any of these idealized futures will actually emerge is another question. Vaccines, our best exit strategy, have been sold as a way to restore normality. We come out of this crisis shaken and exhausted – and nostalgic, perhaps, for the state of affairs. Some may aspire to make the post-pandemic world look exactly like the imperfect world that came before it.

Anjana Ahuja is a science writer