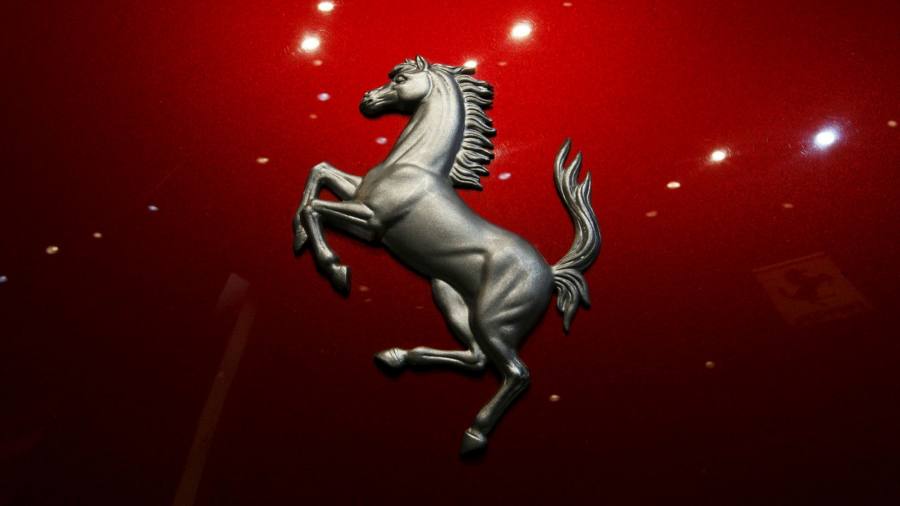 Mr. Camilleri, 65, took the helm in July 2018, replacing Sergio Marchionne after the faithful Fiat is dead.

Recently, Mr Camilleri had been admitted to hospital after catching Covid-19. Although he is now at home, he has decided to step aside to help his recovery, it is understood.

At the start of his mandate, Mr. Camilleri define a strategy in which Ferrari has broadened its line of grand touring cars, while strengthening its traditional list of supercars, and embarked on its first utility vehicle, the “Purosangue”. Last year, the company launched five models, the largest in its history.

John Elkann, a descendant of the Agnelli dynasty that controls the supercar maker with Fiat Chrysler and CNH Industrials, will step in as interim general manager until a replacement is found.

“I would like to express our sincere thanks to Louis for his unwavering dedication as CEO since 2018 and as a member of our Board of Directors since 2015,” he said.

“His passion for Ferrari is limitless and under his leadership the company has further asserted its position as one of the world’s greatest companies, capitalizing on its truly unique heritage and its unerring pursuit of excellence. We wish him and his family a long and happy retirement.

Mr Camilleri said he was “proud of the company’s many accomplishments since 2018 and knows that Ferrari’s best years are yet to come”.

On Thursday, he also retired from his post as chairman of the Philip Morris tobacco group. Managing Director Andre Calantzopoulos will become the group’s executive chairman in May, replaced by COO Jacek Olczak as CEO, the company said on Thursday.

The prancing horse brand has weathered the pandemic better than almost any other automotive group, thanks to its luxurious and dedicated customer base. Its third-quarter pre-tax profits were 222 million euros, down just 2 percent from a year earlier, while overall revenue fell 3 percent to 888 million euros. euros.

“During the uncertain and difficult times of the Covid-19 pandemic, Louis has led our business with a firm hand, making the safety and well-being of our employees, their families and our community his top priority” , wrote Mr. Elkann in a letter sent Thursday evening to Ferrari employees.

Share
Facebook
Twitter
Pinterest
WhatsApp
Previous articleDisney plans to release a Galaxy from Star Wars, Marvel series
Next articleIn the Red: US Deficit Up 25% in First Two Months of Budget Year | News from the United States and Canada
- Advertisement -

Arm's China division head Allen Wu earned Rmb 1.2 billion ($ 179 million) from a personal investment he made in one of the...
Read more
Business news

Dr Martens, a brand adopted by punks and skinheads as a symbol of youth rebellion, doesn't seem like the most natural fit for...
Read more