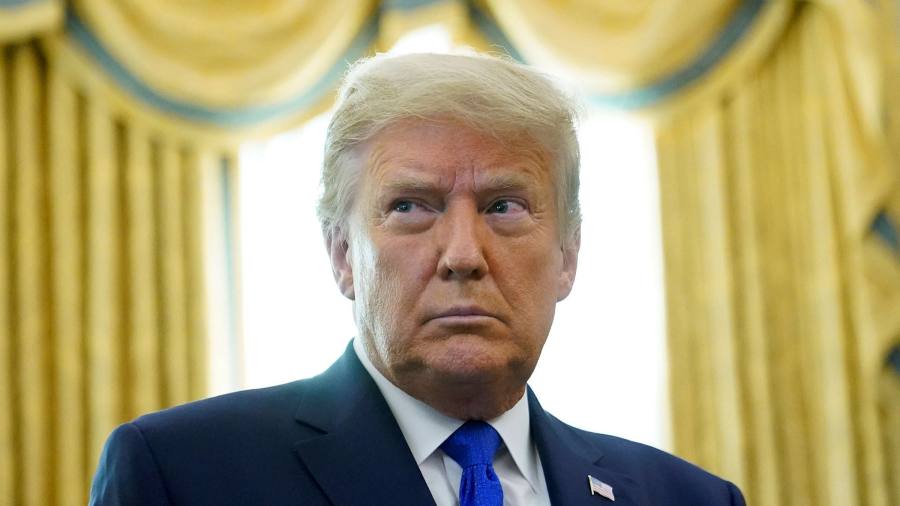 
Morocco and Israel have agreed to “full diplomatic relations” in an agreement brokered by the United States under which Washington recognizes Moroccan sovereignty over the disputed territory of Western Sahara.

“Another historic breakthrough today!” US President Donald Trump wrote on Twitter. “Our two great friends, Israel and the Kingdom of Morocco, have agreed to full diplomatic relations – a massive breakthrough for peace in the Middle East!”

Mr Trump’s administration previously announced similar deals between Israel and the United Arab Emirates, Bahrain and Sudan, a significant shift in regional relations between the Jewish state and Arab nations that threatens to leave Palestinians with support. weaker and weaker.

For the Palestinians, the deal is a starting shot from a hostile US president who reversed decades of US foreign policy in Israel’s favor, prompting the Gulf states to abandon the 2002 Arab Peace Initiative and normalize relations with Israel despite a stalled peace process with the Palestinians. .

Benjamin Netanyahu, the Israeli Prime Minister, hailed the announcement as “another great light of peace”, saying there would be direct flights between countries and the opening of diplomatic missions, according to the Reuters news agency.

US trample African actions for short-term victory over Israeli policy

Mr Kushner said Morocco was a “tolerant society” whose rulers had been kind to the Jewish people in the past, but that “for some reason diplomatic relations did not exist” until now.

The recognition of Moroccan sovereignty over Western Sahara is a break with international standards. The North African country has controlled most of Western Sahara, a disputed desert territory, since 1975, when Spain, the occupying colonial power, withdrew its forces.

Since then, the Polisario Front, a movement supported by Algeria, has sought to obtain the independence of the territory. The UN tried to organize a referendum on self-determination, which has been stuck for decades.

The American recognition of Morocco’s sovereignty over the territory will strengthen its position. The Polisario announced last month that it was abandoning a ceasefire that ended 16 years of fighting with Morocco in 1991.

Sidi Omar, the UN representative of the Polisario Front, wrote on Twitter that the US decision “shows that the Moroccan regime is ready to sell its soul to maintain its illegal occupation of parts of Western Sahara”.

The US move will result in another wedge of foreign policy between Washington and the EU, which views Western Sahara as a non-self-governing territory and supports a UN process to determine its final status.

“The EU’s position on the Western Sahara dispute remains fully aligned with that of the UN Security Council and its resolutions on Western Sahara,” the EU said. He declined to comment specifically on the Trump administration’s decision.

Mr Trump made the decision to recognize Western Sahara as Moroccan territory because of the strong trade and intelligence ties between Washington and Rabat, and because there had been “no progress on a resolution” on the issue, Mr Kushner said.

But Robert Malley, a former senior Obama official, said the terms of the deal would seem “improper” to many. “This is the pinnacle of transactional diplomacy, in which an issue as important as relations with Israel is used as a bargaining chip in the pursuit of completely independent objectives,” he said, adding that he was not clear how the Polisario and Algeria would react.

Judd Devermont, who was the National Intelligence Officer for Africa under the Obama administration, added: “As one of the lingering loopholes in regional integration and cooperation, the United States is trampling African actions to a short-term victory for their Israeli policy. . ”

Mr Devermont, now Africa director at the Center for Strategic and International Studies, said the US decision to recognize Morocco’s sovereignty over Western Sahara “would pose an immediate problem for many African countries” and for the United States. African Union, the continental body which also recognizes the Sahrawi Arab Democratic Republic, led by the Polisario, which controls part of the territory.

Morocco and SADR are both members of the African Union. “The US decision will increase pressure on member states in the region to choose sides,” he said.

Morocco has long had informal ties with Israel, and the kingdom has a small Jewish community that it is proud to protect. André Azoulay, a Moroccan Jew, is a long-time adviser to King Mohammed VI and to his father King Hassan II before him.

Jim Inhofe, a Republican who is chairman of the Senate Armed Services Committee, broke with Trump by calling the decision to recognize Moroccan sovereignty over Western Sahara “shocking and deeply disappointing.”

“I am saddened that the rights of the Western Saharawi people have been sold off,” said Mr. Inhofe, who has campaigned on the issue for years.

Additional reporting by Michael Peel in Brussels and Mehul Srivastava