US plans to sanction Turkey for buying Russian defense 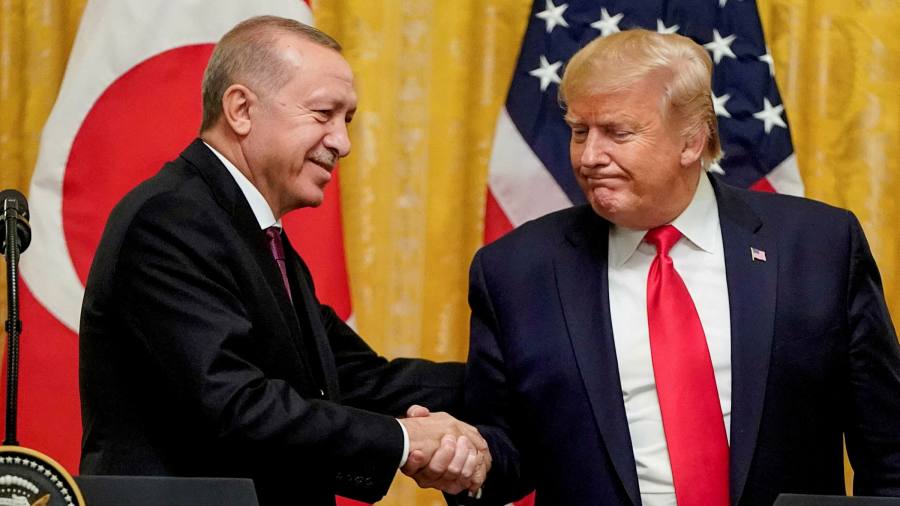 
Trump administration plans to sanction Turkey for its acquisition of Russia S-400 Missile Defense System, according to two people familiar with the subject.

One of the people said that punishments would likely be announced on Friday and designed to be “as gentle as possible” to appease Congress while avoiding serious damage to the extensive military relations between the United States and Turkey.

News of move comes as Senate must vote on defense appropriations bill that would force the Trump administration to impose sanctions turkey within 30 days of the final vote as punishment for Ankara’s decision to purchase the system.

President Donald Trump has threatened to veto the legislation – for reasons unrelated to sanctions – but he is expected to pass the Senate with a veto-proof majority, as he did in the House of Representatives .

The first person to know about the plans said the Trump administration wanted to “anticipate” the measures contained in the defense bill. The wording of the law makes it difficult to lift sanctions once imposed.

A former government official said the sanctions “would come soon”, while adding that opinions were “divided” on their severity.

Ankara’s announcement that he had tested the S-400 system on the Black Sea coast in October complicated efforts to avoid confrontation on the issue, which has already seen United States suspends Turkey of the F-35 fighter program. Washington last year canceled delivery of the Ankara order for more than 100 fifth-generation aircraft.

The decision underlines the increasingly troubled relationship between Turkey, a long-time NATO member, and its traditional allies in the west.

President Recep Tayyip Erdoğan has intensified in recent years its determination to pursue an independent foreign policy unconstrained by the demands of the United States or Europe. But his close cooperation with Russia and his military interventions in Syria, Libya and the Caucasus – combined with concerns about the repression of national opponents – have fueled growing alarm in Washington and in European capitals.

Navigating the relationship with Ankara, which is even viewed by many American critics as a strategically important nation in a tumultuous region, is one of the foreign policy challenges Joe Biden will inherit when he takes the presidency next year.

Turkey’s purchase of the S-400 system in 2019 should have triggered sanctions – under the Countering America’s Adversaries through Sanctions Act, or Caatsa – against countries that engage in “significant transactions” with the system. defense industry or the Russian intelligence sector.

But Mr. Trump, who boasts of his personal report together with Mr. Erdogan, protected Turkey from this demand. Caatsa’s sanctions could include banning people and institutions involved in S-400 purchases from doing business with U.S. banks.

Reuters news agency first reported that US sanctions were imminent, saying the measures would target Ismail Demir, the head of Turkey’s defense industries presidency, known as SSB, who reported directly to Mr. Erdogan and was responsible for the acquisition of the S-400 system. .

Severe sanctions could decimate Turkey’s fragile economy. The Turkish lira has fallen about 24% against the dollar this year amid investor concern over the country’s economic policies and the collapse of central bank reserves.

But measures that narrowly target Mr Demir and SSB would likely have a limited immediate effect on the Turkish economy and could be eased by foreign investors who have worried about the prospect of more damaging measures.

A State Department spokesman said he “had no plans for sanctions or possible sanctions.”