Why are mRNA vaccines so exciting? 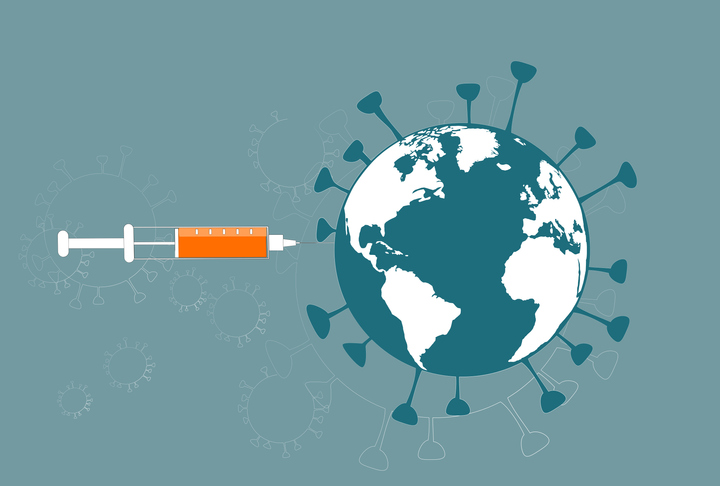 The very first COVID-19 vaccines to be completed phase 3 the tests are an entirely new type: mRNA vaccines. Never before have mRNA vaccines – such as the Pfizer / BioNTech vaccine which just received emergency use clearance from the FDA, and the Moderna vaccine – have been approved for use in any disease. How do they differ from traditional vaccines and what makes them so interesting?

The main purpose of a vaccine against a particular infectious agent, such as the virus that causes COVID-19, is to teach the immune system what that virus looks like. Once educated, the immune system will vigorously attack the real virus, if it ever enters the body.

Some traditional vaccines use a weakened virus, while others only use a critical part of the virus’s protein coat. In the case of COVID-19, an element called the spike protein is the critical element.

Traditional vaccines work: polio and measles are just two examples of serious diseases controlled by vaccines. Collectively, vaccines may have done mankind more good than any other medical advancement in history. But growing large amounts of the virus, then weakening the virus or extracting the critical element, takes a long time.

About 30 years ago, a handful of scientists began to explore whether vaccines could be made more simply. What if you knew the exact structure of the mRNA that was the essential building block of a virus’s protein coat, such as the spike protein of the COVID-19 virus?

It is relatively easy to manufacture this mRNA in the laboratory, in large quantities. What if you injected this mRNA into someone and the mRNA then travels through the bloodstream to be engulfed by cells of the immune system, then those cells start making the spike protein? Would this educate the immune system?

Overcome obstacles to the creation of mRNA vaccines

While the concept sounds simple, it took decades of work for mRNA vaccines to overcome a series of hurdles. First, scientists have learned to modify mRNA so that it does not produce violent reactions of the immune system. Second, they learned how to encourage cells of the immune system to engulf mRNA as it passes through the blood. Third, they learned to persuade these cells to produce large amounts of the essential protein. Finally, they learned how to enclose mRNA in small, microscopic capsules to protect it from destruction by chemicals in our blood.

Along the way, they also learned that, compared to traditional vaccines, mRNA vaccines can actually generate a stronger type of immunity: they stimulate the immune system to make antibodies and blood killer cells. immune system – a double attack on the virus.

So 30 years of painstaking research has enabled several groups of scientists – including a group from Pfizer working with a German company called BioNTech and a young Massachusetts company called Moderna – to bring mRNA vaccine technology to the point of working. Actually. The companies had built platforms that, in theory, could be used to create a vaccine against any infectious disease simply by inserting the correct mRNA sequence for that disease.

Then came COVID-19. A few weeks after identifying the responsible virus, Chinese scientists had determined the structure of all its genes, including the genes that make the spike protein, and published the information on the Internet.

Within minutes, scientists 10,000 miles away began working on the design of an mRNA vaccine. Within weeks, they had made enough vaccine to test it on animals and then on humans. Just 11 months after the discovery of the SARS-CoV-2 virus, regulators in the UK and US confirmed that a COVID-19 mRNA vaccine is effective and safely tolerated, paving the way generalized vaccination. Previously, no new vaccine had been developed in less than four years.

No scientific breakthrough is isolated

Already, mRNA vaccines are being tested for other infectious agents, such as Ebola, Zika virus and influenza. Cancer cells make proteins that can also be targeted by mRNA vaccines: indeed, recent progress has been reported with melanoma. And theoretically, mRNA technology could produce proteins that are missing in certain diseases, like cystic fibrosis.

Like every breakthrough, the science behind the mRNA vaccine builds on many previous advances, including

Each of these past discoveries depended on scientists’ willingness to persist in pursuing their distant dreams – often despite enormous skepticism and even ridicule – and the willingness of society to invest in their research.

The post office Why are mRNA vaccines so exciting? appeared first on Harvard Health Blog.

The Plan for a Global System of Slavery

How do you market and implement a financial system that nobody would want if they understood its full ramifications — a...
Read more
Health News

Does MS Affect Your Life Expectancy?

Can Multiple Sclerosis Affect Your Lifespan? Did the type you make a difference? Learn more about life expectancy with this condition.
Read more