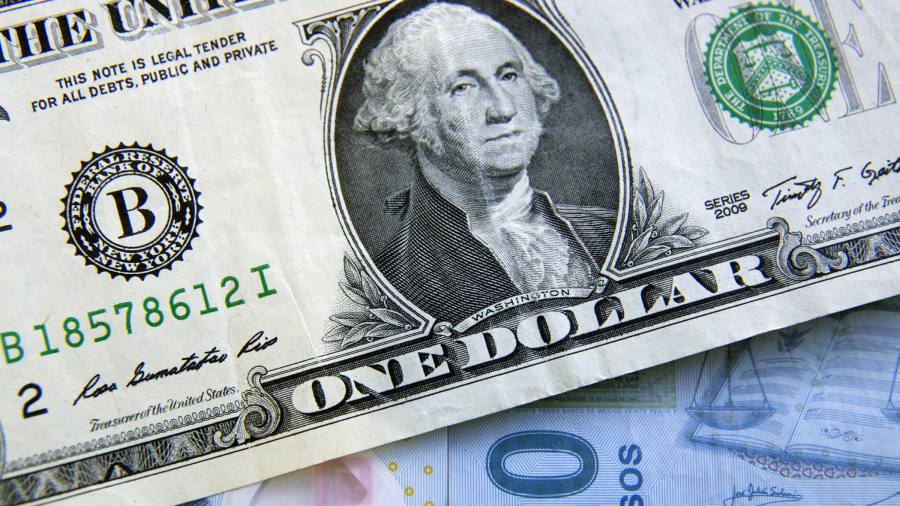 
Mexico’s central bank could appeal to the country’s highest court if rules requiring it to absorb excess dollars into the economy are approved, a move that bankers and critics say would undermine the autonomy of Mexico. Banxico, would jeopardize his reserves and force him to launder the money of the drug cartels.

The bill was approved this week in the Senate and is now before the lower house of Congress. It could be put to the vote on Monday.

Ricardo Monreal, figurehead of the populist President Andrés Manuel López Obrador The Morena party, which introduced the bill, argued that it was a “social” reform to help migrants with cash dollars or those who receive greenbacks in catering and tourism. .

But Banxico governor Alejandro Díaz de León told Radio Formula on Thursday evening that he would not rule out legal action if the bill passes the Chamber of Deputies. When asked if the central bank could seek an injunction from the Supreme Court, he replied: “This alternative is open.”

Under current rules, US dollars received in Mexico are changed into pesos. Those that are not used are repatriated to the United States through correspondent banks, which act as intermediaries, or sometimes sent to Canada and Spain. According to the central bank, banks repatriated $ 4.7 billion in this way in the first nine months of 2020.

He could see his reserves frozen. . . It’s crazy to put Banxico in this situation

However, increasingly stringent anti-money laundering regulations in recent years repressed correspondent banks willing to do business with Mexican institutions. The banks were left with $ 102 million in safes that they were unable to send overseas in the first nine months of the year, the central bank said.

The new law would force Banxico to buy those dollars and add them to its own reserves, which would affect both its balance sheet and its autonomy to take whatever actions it considers best to control inflation.

Gerardo Esquivel, one of the Banxico board members appointed by Mr López Obrador, in a tweet this week worried about the risks to the central bank’s international reserves if it were forced to hold obtained funds illegally.

Mr. Diaz de León said in the radio interview: “We know that when there are these types of [money laundering] investigations, foreign authorities can freeze accounts, confiscate assets or cancel the operation with this institution. “

Gabriela Siller, head of economic and financial research at Banco Base, said: “She could see her reserves frozen – the risks [for the central bank] are much more serious. It’s crazy to put Banxico in this situation.

The bill was adopted in the Senate by 67 votes to 23 with 10 abstentions. Billionaire businessman Ricardo Salinas’ banking, retail and media conglomerate of Grupo Azteca has been pushing for [it] approved, ”tweeted Emilio Álvarez Icaza, an independent senator.

Mr. Salinas, a close advisor of the president, defended the bill on his Blog, saying that suggestions that it would jeopardize Banxico’s autonomy and open the door to buying dollars from cartels were “categorically false and alarmist.” His group made no comment on whether he had lobbied senators.

Coparmex, an employers’ confederation opposed to many of Mr. López Obrador’s policies, called for binational agreements to simplify the repatriation of surplus dollars to the United States.

“The damage of this reform could be irreparable for the macroeconomic stability of this country”, he declared. “This jeopardizes the reputation of the central bank [and] the availability of international reserves. “

Ms Siller was also concerned that this bill might open the door to future changes in how Banxico can spend its reserves.

Rocío Nahle, Minister of Energy, recently reportedly considered it a “great” idea to use them to support Pemex, the struggling Mexican state oil company. The Argentine government in 2010 allowed its central bank to use its reserves to repay its debt, something currently banned in Mexico.

Despite the outcry, Mr López Obrador this week appeared to shut the door on any reversal on the bill, saying that if approved by lawmakers “these are reforms that must be honored”.

China’s consumers are turning against the homegrown Big Tech giants they...