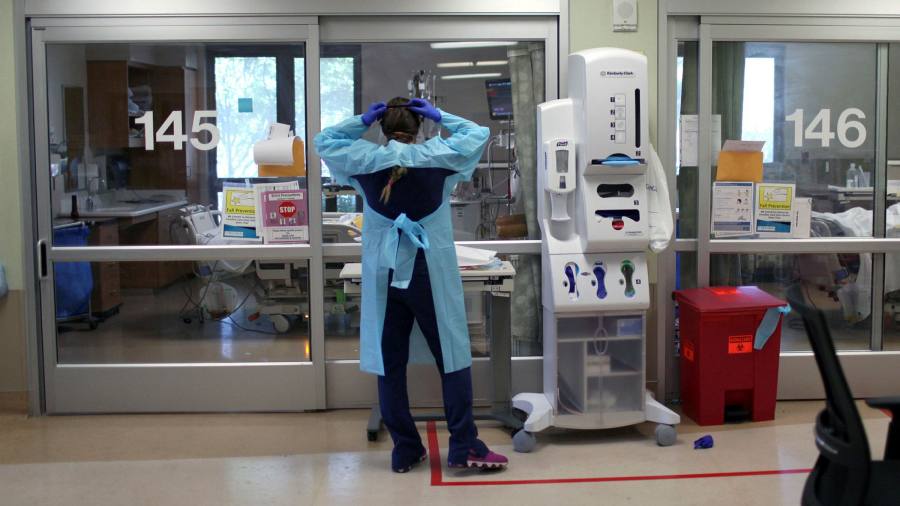 
US hospitals are paying thousands of dollars more per week to temporary nurses as they struggle to cope with a record increase in Covid-19 patients.

The salaries of itinerant intensive care nurses have climbed 80 to 90% in the past month alone, according to NurseFly, a healthcare professional recruiting platform. Demand exceeds supply, as the latest wave of cases has shown more than 100,000 Americans in hospital, the highest since the start of the pandemic, and has led states to warn their health systems are facing unprecedented strains.

Although healthcare providers have found ways to add beds and secure supplies for patients, it is much more difficult to quickly hire staff to care for them. Unlike the first wave, when workers flew into the hardest hit areas New York, there is now competition from hot spots across the country.

Michael Fazio, chief executive of Prime Staffing, a New York-based nursing agency, said he had thousands of openings in March and April – now there are more than 10,000 in units such as intensive care and emergency department.

“It’s only December and we have this kind of volume. We haven’t even hit the dead of winter yet, ”he said.

He said some of his nurses were now paid between $ 8,000 and $ 9,000 per week – more than four times their regular wages. To motivate the staff, it adds free accommodation, transport and sometimes reimbursement for continuing education. Earlier in the year he paid a psychotherapist for the nurses he employs to help treat any post-traumatic stress disorder.

“Major health systems in all 50 states are scrambling to figure out how to cope with the surge in cases to unprecedented heights,” said Parth Bhakta, CEO of NurseFly. “We see the situation much more serious than it was in April.”

He added that suppliers are also trying to attract more permanent staff, with signing bonuses and better benefits.

Some healthcare workers are quitting their permanent jobs to take advantage of travel fares, according to Andy Brailo, director of clientele at Premier, a group that helps more than 4,000 U.S. hospitals purchase supplies and services. He said some hospitals were trying to cope with employee attrition rates of up to 30 percent and were increasing their salaries to retain existing staff. 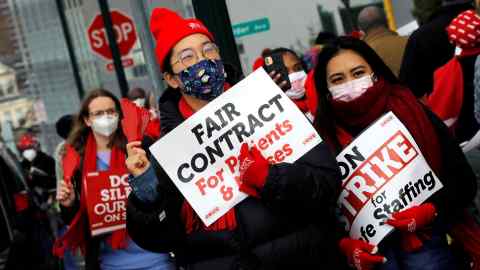 But poorer hospitals they are unlikely to be able to hire staff at these high rates, and advocates are asking for more government funding.

“A large multi-state [provider], they absolutely have more levers to pull, in order to be able to adapt to these higher rates. But if you think of a small regional hospital. . . it becomes a question of affordability, ”said Mr. Brailo.

The pain that some staff members experience after taking care of you also complicates the situation. wave after wave of Covid-19 patients. Nancy Foster, vice president of the American Hospital Association, said staff across the country were “mentally and physically exhausted.”

“Our staff are used to seeing seriously ill or injured people dying every day in hospital, but not in the current numbers,” she said.