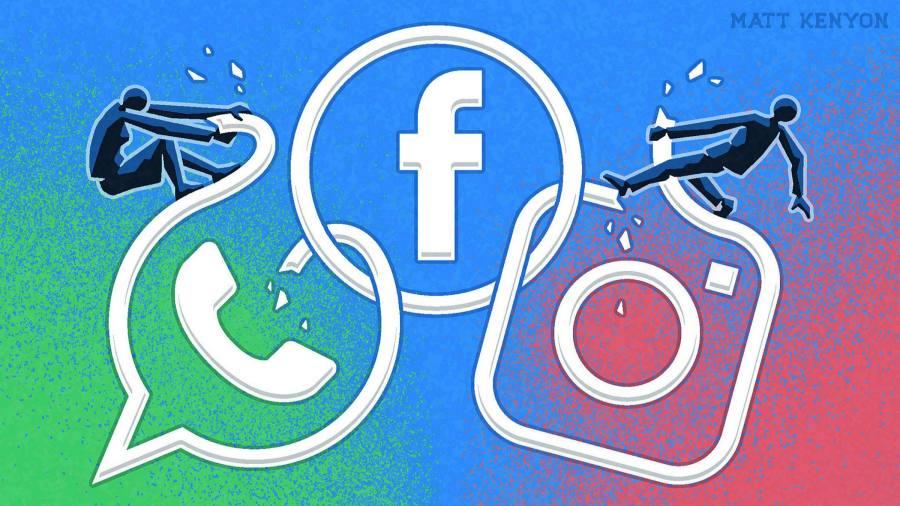 
Regulatory targets often complain that their opponents are fighting the Last War. Indeed, it was Facebook’s First response when he was sued last week by the Federal Trade Commission and 48 state attorneys general for anti-competitive practices.

States and the federal government are looking to force the company to part ways with WhatsApp and Instagram, acquisitions made years ago that have helped it dominate the social media landscape. Facebook called the complaints a “revisionist story” and unfair.

In fact, these lawsuits are fair, legal and necessary. Despite Facebook’s claim that its purchases had been “all clear,” experts such as Columbia law professor Tim Wu argue that the FTC did not “approve” the deals, it chose not to. try to block them at the time.

But the Facebook case is really about something much bigger and more important: It shows how regulators are changing their view of the world. They’re starting to see the market the way the titans of Silicon Valley do, rather than the traditional economists and technocratic lawyers of DC.

In 2012, when Facebook acquired the Instagram photo-sharing app and WhatsApp became the leader in the mobile messaging category, there was very little public understanding of Big Tech’s business models.

Most consumers thought they were getting something for nothing: “free” internet searches and a new, free way to connect with friends. In fact, their actions, preferences and communications were be watched and sold to the highest bidder, even as behavioral technologists deployed smart algorithmic tricks to nudge users towards the content and products the platforms wanted to promote.

In retrospect, it is clear that regulators examining this landscape have made critical mistakes. They saw various products and services as separate markets: social media on desktops, messaging on mobile phones, photo sharing, etc. They focused on the number of individual users that each company or app reached, rather than the combined data that a newly merged entity could leverage on each service and device.

Regulators also ignored how behavioral-targeted advertising might influence our choices. And perhaps more importantly, public watchdogs did not fully understand the nature of digital barter transactions. In them, users pay for services in a new currency – personal data – without knowing exactly what the company is getting or doing next.

But, as the poet Maya Angelou said, “when you know better, do better”. Regulators have started to put aside their linear focus on “efficient markets” defined by low consumer prices. Instead, they started to understand digital markets as landscapes where everyone wins. Big tech companies happily coexist with smaller innovators, often taking advantage of legal loopholes to copy their ideas. Every once in a while, a particularly successful competitor such as WhatsApp or Instagram becomes big enough and popular enough for the network effect to kick in, allowing the business to grow and add new features and users faster than the existing giants.

At this point, state attorneys general say, Facebook has turned to acquisition to neutralize the competitive threat (I think it acts like Star Trekthe voracious alien collective spirit, The Borg). The trial quotes chief executive Mark Zuckerberg as saying that while Instagram and WhatsApp weren’t inclined to sell, “they should think about it” if it offered “a price high enough”. Facebook would make an offer that no investor could refuse. The company has reportedly bought another start-up, Onavo, which monitored mobile apps to help it target emerging competitors.

Such acquisitions do not increase consumer prices, but reduce consumer choice and innovation. It is a huge problem. Many technologists, economists and lawyers claim that the last major digital monopoly case, alleging that Microsoft was abusing its dominance over PC operating systems, helped create the space for start-ups to grow, including including Google. As FTC Commissioner Rohit Chopra tweeted this week: “Facebook executives worried that new innovators would gain users’ attention. He was overwhelmed by the rapid development by competitors of innovative ways to connect.

the FTC and complaints from states make it clear that they are trying to broaden the definition of an illegal monopoly. They went beyond the neoliberal view that consumer welfare is about lowering prices and allege that users’ “time, attention and personal data” are being combined and sold unfairly.

This change is overdue. The content that is currently offered for free has enormous value. (Remember how Facebook’s share price fell when Kim Kardashian boycotted the site for a day to protest disinformation.) Third-party developers shouldn’t be forced to work only with Facebook to access its platform.

The complaints on Facebook are much broader than the antitrust case that was filed against Google in October. They mark the first real case of post-neoliberal competition. If watchdogs win, they could look for stronger interoperability of applications and data and some sort of audit or oversight body to ensure there is no discrimination. The next steps could be formal regulatory oversight and strict limits on data use. It looks like regulators, too, can act quickly and break things.