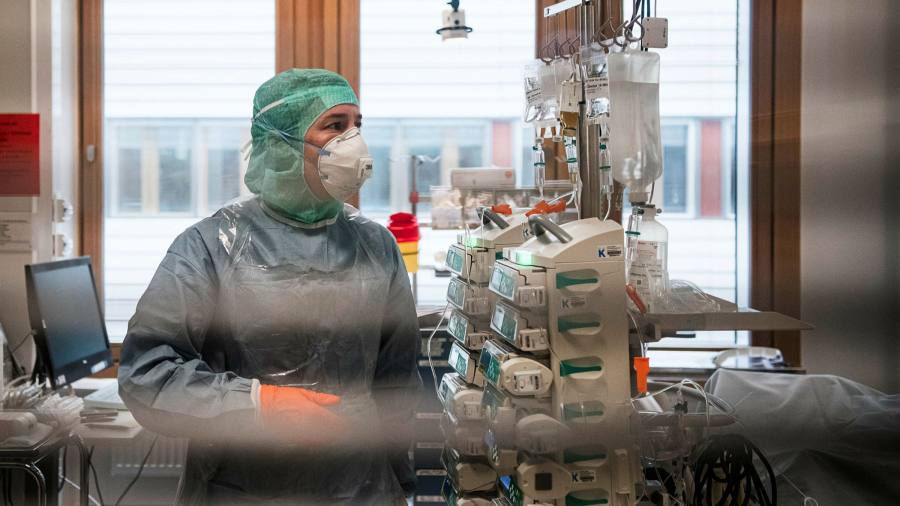 
Finland and Norway have offered medical assistance to Sweden as their neighbor faces an increasingly severe second wave of coronavirus that has pushed clinical staff and intensive care capacity to the limit in some areas.

Sweden has yet to officially request outside help, but authorities in Stockholm have requested help from the country’s military and may get help from less hard-hit areas.

“We have not received an official request for help, but we assess daily what the hospital situation looks like and we are, of course, ready to help Sweden if we can”, Kirsi Varhila, permanent secretary in the Finnish ministry of Social Affairs. business and health, Svenska Dagbladet told the newspaper.

Her Norwegian counterpart, Maria Jahrmann Bjerke, told state broadcaster NRK that the Nordic countries have a cooperation agreement that allows medical assistance to be shared at short notice. “If the Swedish authorities look to us for help, we will have a positive attitude towards it,” she said.

Norway and Finland experienced much milder first and second waves of Covid-19 than Sweden, which was an exception in Europe by avoiding formal lockdown and the use of face masks.

Sweden has reported 1,400 deaths from Covid in the past month, compared with around 100 in Norway and 80 in Finland, each of which has half its population. Sweden reports deaths differently from the rest of Europe, making it difficult to know their exact level, but analysts at Nordea, the Nordic lender, believe they could be higher than their April peak.

Stockholm region Wednesday warned that 99 percent of its intensive care beds were full, while health unions have warned large numbers of workers quitting as infections, hospitalizations and deaths continue to rise. About 3,600 healthcare workers have resigned in the Stockholm area since the start of the pandemic, according to state broadcaster SVT, around 900 more than in the same period last year.

Johanna Sandwall, director of preparedness at the Swedish National Board of Health and Welfare, said on Sunday that Sweden had no plans to seek help from its neighbors yet. “The health care situation is very tense in several parts of the country, but we have national capacity available to meet the needs at this time,” she said.

Irene Nilsson Carlsson, senior public health adviser to the board, told the Financial Times: “We are worried about the situation, but not that it is getting out of hand. There are tensions in the intensive care units, a heavy workload for the staff. But we can expand the capacity beyond what we currently have. So it’s not an acute crisis.

Sweden has hardened its recommendations at the national and local level on precautions people should take but avoided legal restrictions, a strategy that still enjoys strong public support. The center-left government is working on an emergency pandemic law that would allow it to close shops and limit the use of public transport, but it would not come into effect until mid-March.

State Epidemiologist Anders Tegnell has said several times in the spring that Stockholm will soon achieve collective immunity, but was hit hard again in the second wave.

Stockholm health care director Bjorn Eriksson said this week that the region has only one vacant intensive care bed. “It’s not worth having an after-work drink, Christmas shopping, or meeting people outside your home. The consequences are terrible.