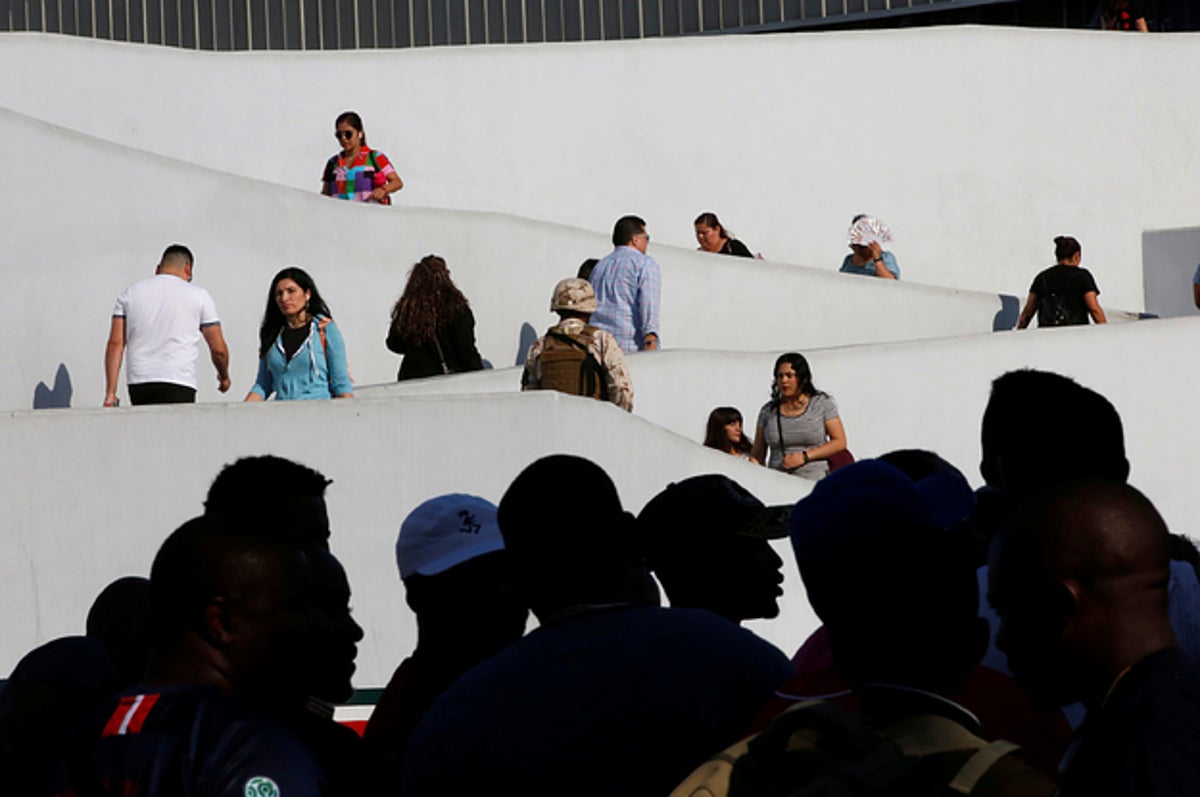 
The incoming administration of President-elect Joe Biden warned on Tuesday that any transformational change in the immigration system would not happen overnight, trying to temper expectations that a Democrat in the White House would quickly dismantle the years of radical and chaotic policies of the Trump administration.

Transition officials, however, discussed plans to change procedures for asylum seekers at the southern border. The incoming administration has said it wants to identify the most vulnerable immigrants and process their applications first – rather than on a first come, first served basis.

The change is part of Biden’s team plan to completely rethink how asylum claims are processed, transition officials said during a call with reporters.

“The goal is to change the way people are greeted at the border, to make the process more efficient, to make it fairer, to make it more humane,” said a Biden transition official. “This means allowing asylum officers to adjudicate on claims so that asylum seekers are not stuck in court proceedings for years.”

The severe restrictions placed on immigrants by the Trump administration – and all the changes in policy, personnel and logistics that come with it – mean the system will need to be carefully put back in place, a Biden transition official said.

“It really is a huge challenge, because the current administration has broken so much,” said a transition official.

The Trump administration issued an order, citing the pandemic, which prevents most immigrants from accessing the U.S. immigration system. Prior to the pandemic, border officials regulated the number of immigrants allowed to enter the United States at official crossings to seek asylum, a process known as queue management or “counting.” .

A Biden transition official said the administration intends to end the count, which began under the Obama administration, because it artificially limits capacity, reduces access to the country’s immigration system and deters immigrants from seeking protection in the United States. In October, an office of the Inspector General of the Department of Homeland Security report found that U.S. officials who returned asylum seekers to official border crossings told immigrants they had no space to process them whether they could or not.

Their plan is different from counting because the intention is to increase processing at the border and prioritize those most in need of protection, a Biden transition official said. The most vulnerable immigrants would be identified with the help of NGOs on the ground.

“Right now people are sleeping outside of entry points to maintain a place in line and that’s when we have a public health crisis. A terrible situation,” said a Biden transition official. . to make sure we are working together and dealing effectively with people waiting to show up in ports. “

The conversation with reporters took place a day after Susan Rice, Biden’s choice to lead the Home Policy Council, and Jake Sullivan, his choice to be national security adviser, told the Spanish news agency. EFE that it would take months to fully restore the processing of asylum applications at the border.

“The processing capacity at the border isn’t like a light you can just turn on and off,” Rice told EFE. “Migrants and asylum seekers should absolutely not believe those in the region who peddle the idea that the border will suddenly be completely open to handle everyone on day one.”

Rice said the Biden administration will address the root causes of migration, working with civil society, the private sector, governments and international partners. The administration said it hopes to implement a four-year, $ 4 billion plan to tackle corruption, boost security and foster prosperity in areas people flee from.

“We know that most people will not choose to leave their country and risk their lives and the lives of their families unless the conditions at home are potentially more dangerous than migration,” Rice told EFE.

Another plan is to expand the legal migration pathways that allow people to apply for refugee resettlement, temporary workers and other employment programs from the Western Hemisphere, including Guatemala, Honduras and Salvador.

Sullivan said the Biden administration would not immediately end Trump’s Migrant Protection Protocols (MPPs), which require immigrants to wait in Mexico while their U.S. immigration cases are completed. The plan is to end it early in Biden’s administration.

“The MPP has been a disaster from the start and has led to a humanitarian crisis in northern Mexico. But putting the new policy into practice will take time,” Sullivan said. “The current administration has dismantled much of the capacity necessary to ensure the safe and orderly treatment of migrants. We need time to increase the processing capacity and to do so in accordance with public health requirements.”

The legislation allows for the demolition of structures from other countries built on reefs claimed by China, embarks and inspects foreign vessels in...
Read more
World news

A Colombian businessman was carrying a letter from Venezuelan President Nicolas Maduro crediting him to Iran's supreme leader when he was arrested on...
Read more