The UAE’s GDP is estimated to contract more than expected in 2020, the central bank said in its quarterly review on Tuesday.

The UAE is likely to experience a deeper economic contraction this year than previously estimated, hurt by disruptions caused by the coronavirus pandemic and falling oil prices.

The outlook is slightly better than forecast from the International Monetary Fund, which expects a 6.6% drop this year. The UAE’s economy last contracted by more than 5% in 2009, according to the fund. 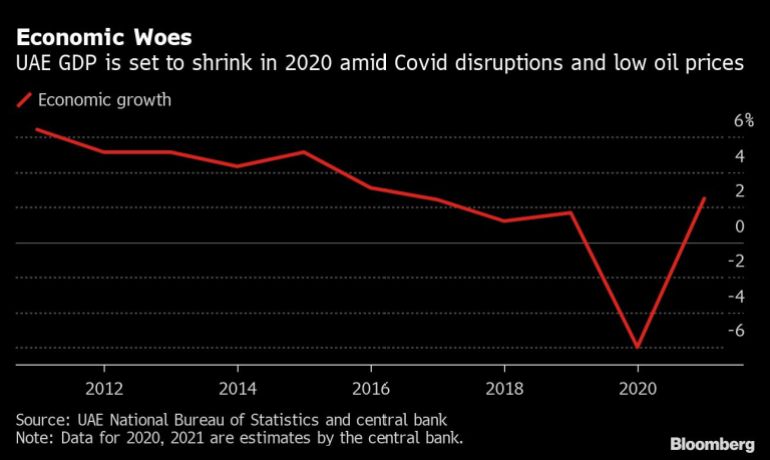 “As an oil exporter, the UAE is likely to feel the fallout from reduced global demand for oil due to the contraction of economic activities around the world, including international transport and travel,” according to the report. of the central bank. “Real oil GDP is expected to contract in 2020, which translates to an average oil production of 2.8 million barrels per day for the full year.”

Learn more about the report: