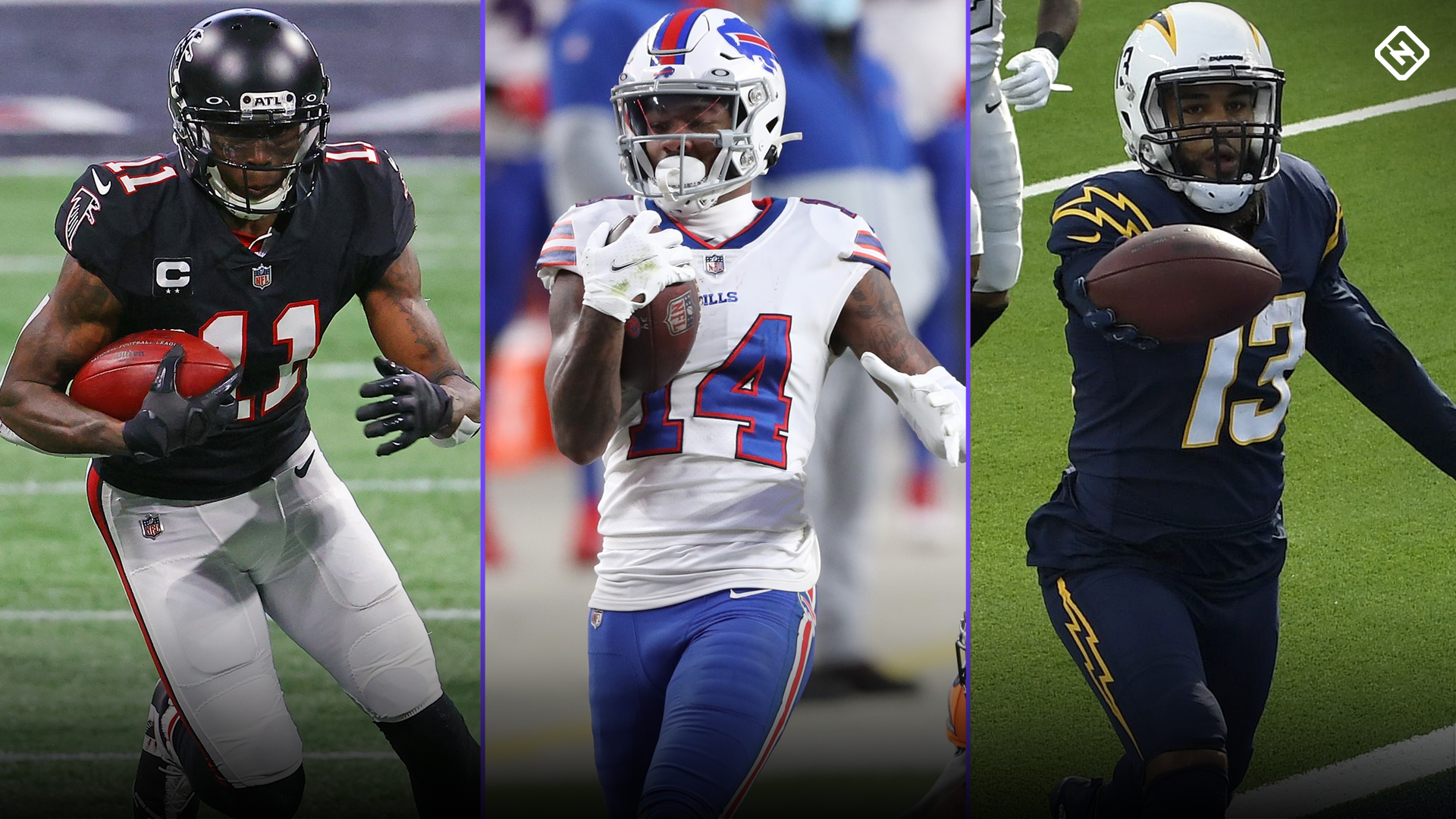 There is a lot of WR’s key injuries that crop up at the wrong time for fantasy football owners. With the fantastic Championship games now here at Week 16, the statuses of Julio Jones (hamstrings), Stefon Diggs (foot), Keenan Allen (hamstrings), John Brown (ankle) and Tyler Boyd (concussion) will have a big impact on our WR Fantasy Week 16 Leaderboards and start them, make decisions for owners. Here are the latest updates on these players and whether they’ll be available in the most important week of the year for most fantasy leagues.

Is Julio Jones playing this week?

Jones (hamstring) has missed the last two weeks for the Falcons, but the team has yet to stop him for the season. While Jones was not on the training ground on Wednesday, Jason Butt of the Atlanta Journal-Constitution Reports that interim Falcons coach Raheem Morris believes Jones is “a little closer” to the game than he has been in recent weeks.

If Jones plays on Sunday, he will have a game with a Chiefs team that has been good against the WRs this year. It’s also worth wondering how healthy Jones would be, as soft tissue injuries tend to linger and he’s been dealing with it all year round. That said, if Jones dresses up, it’s hard to recommend sitting him down, as the Falcons may have to pitch a lot to keep pace with the Chiefs.

In the event that Jones continues to run out of time, Russell Gage will once again be the Falcons’ No. 2 receiver and can be considered a WR3 / flex option. If Jones does play, Gage still has some advantages, but it would be more of a marginal bending game than a real start to a tough game, albeit favorable from a play script perspective.

Is Stefon Diggs playing this week?

Diggs (foot) was injured at the end of the Bills’ big win over the Broncos and did not return. That said, Sean McDermott said Diggs had an ankle injury. “does not seem very disturbingearlier in the week and confirmed that Diggs will also be training on Wednesday this week.

The Bills don’t list an official injury report until Thursday as they play a Monday night football game this week, but it looks like Diggs will either be “limited” or “full” in this session, barring any surprises. If he can take the field for a full session, that means he will play. If he’s only able to register a “limited” turnout, that will be a slight concern, but he would still have a chance to play if all goes well and doesn’t suffer any setbacks.

Diggs will be a WR1 against the Patriots in the absence of Stephon Gilmore. If for some reason he can’t be on the court, Gabriel Davis and Cole Beasley would be in line for a lot more targets with John Brown (if he’s healthy). Still, it seems more likely now that Diggs could play this week.

Is Keenan Allen playing this week?

Allen (hamstring) was limited in the Chargers’ last game and played less than half the shots for the team. With 10 days between games, there was some hope he would return, but missed practices on Tuesday and Wednesday put his status for this week’s game in jeopardy.

Unless Allen can return to the field on Thursday or Friday, he will likely be unable to play against the Broncos. His status will be worth watching, because even if he is capable of playing, he could be limited in a situation that would surely frustrate fantasy owners.

If Allen runs out of time, Tyron Johnson would be in line for more targets while Jalen Guyton could continue to pose a deep threat to the team. Johnson would be a recommended flexible play without Allen while Guyton would be a risk in one-season leagues, but quality play in DFS rosters. Mike Williams, Hunter Henry and Austin Ekeler would also see a rise in targets in Allen’s Out of Action.

WEEK 16 FANTASY: Sleepers | Busts | Start them, sit them down

Is John Brown playing this week?

Brown (ankle) was named to return from the IR by the Bills last week, but ultimately was not active against the Broncos. Before Week 16, however, Brown is expected to be able to make his comeback against the Patriots.

Brown will need to be observed in practice ahead of the Bills’ Monday night soccer game, but in all likelihood he should play. He will not officially wear practice status until his return from RI, but if reports emerge that he continues to practice, it should allow him to return to action.

In case Brown is unable to return, Gabriel Davis would continue to be the Bills’ No.3. Anyone who wants to play Brown this week should make sure they have Davis just in case Brown is taken out of action again. Brown has a high end flex while Davis is on the lower end of the spectrum, but he can still be trusted if he’s the team’s No.3 receiver.

Is Tyler Boyd playing this week?

Boyd suffered a concussion in Week 15 against the Steelers after hitting his head on the grass. With the Bengals on a short week after playing Monday Night Football and Boyd missing Wednesday’s practice, it looks likely he will miss Sunday’s game against the Texans.

With Boyd likely out, the Bengals will rely more on Tee Higgins and AJ Green at WR while Drew Sample and Giovani Bernard could see other targets as well. Sample is just a low-end streamer, but any extra pass volume could push Bernard from a medium flex to a low-end RB2 in a good game.

There are plenty of major individual awards given out after a season in the NFL, and it's time again for Sporting News to...
Read more