Last of the urban curators 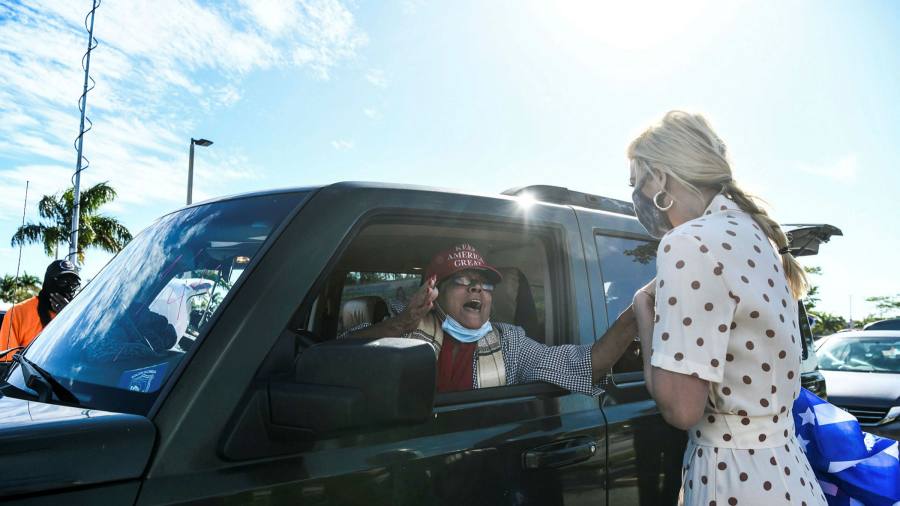 Across the bay, the W Hotel sits on dozens of Easter Island Heads made by Philippe Starck. One Uber driver gives me a Vedic Scripture book just as easily as another would a complementary Evian. In front of a friend’s house in the southern suburbs, I savor the precious interlude of normality. I then see a peacock crossing the road.

The crude mess of Miami, a place that shouldn’t hang on but above all, is made for the liberal or even nihilist soul. And yet, few cities contain more members of this endangered species: the Urban Curator. The geographic sorting of the left in the cities and the right in the heart of the country is quantifiably widespread. But it’s thwarted here. Donald Trump dramatically increased his vote in Miami-Dade County last month, losing it by just seven points. It wasn’t the only Gulf Coast that handed Florida over to Republicans.

The accounting for Miami exceptionalism is fairly straightforward. Some of them are old people: if the south of France is where the English are going to die, the Americans have Florida. Part of this is due to mistrust of the left among the escapees from the Red Republics of Latin America (not just Cuba). Then there is the city’s lighthouse for libertarians of all races: like Texas, Florida has no personal income tax. The mixture of fragile infrastructure and an incredibly militarized police force suggests the Nightwatchman State of Nozickian doctrine.

No one kills the goose that lays the golden eggs, after all, as provocative as his strut may be, even if his feathers are showy

It should be impossible for such a reckless place to have “lessons” for us. And one more stands out: there is nothing fundamentally left in the cities. And the cause of town planning will suffer if it becomes too tied to progressive politics.

If the metropolis is emptied of its conservatives, it is a huge stock of voters who, subsequently, have little interest in its vitality. And without their diluting presence, the liberalism they leave behind becomes more and more pure, further annoying hearts in a Möbius loop of cultural estrangement.

At this point, cities depend on an unspoken market to avoid the wrath of the provinces. We subsidize unproductive regions in exchange for their consent to our funny ways and our inordinate influence. No one kills the goose that lays the golden eggs, after all, defiant as it is, showy as its feathers are.

It’s just that 2016 and its populist shocks exposed the very limits of this contract. Voters who knew they had a lot to lose from a weaker London (or Bay Area) wanted it anyway. Cultural animosity prevented caution. As sorting becomes more absolute over time, these raids on the metropolis are likely to recur. To secure their future, cities cannot just buy conservative people from a distance. They will have to encompass more.

If that sounds fancy, it’s our recency bias at work. Cities that are now liberal fortresses were competitive in my lifetime. Before that, counties surrounding Los Angeles spewed out the new right. Between Robert Moses and Rudy Giuliani, much of New York is the product of republicanism. Samuel Johnson was a Conservative. There is no conceptual quirk here. The main force in a city is commerce: immigration is a by-product of it, culture often subsidized by it. This is why town planning can be such an ambiguous credo, for free markets but protected spaces, for loose borders, public transport and vigilance against crime. It is not just in the mess that the funding of police surveys is direct.

Pointing to Arquitectonica’s Atlantis condominium, my friend tells me with Miami’s weariness that Miami experiences periodic blasts of hype about the city of the future. Its built environment strongly suggests an evolving world. Its demographics, too. Only the heterodoxy of its policy distinguishes it as the last of an urban model, and not as the next.

Listen to our podcast Call for culture, where FT editors and special guests discuss life and art during the coronavirus era. Subscribe on Apple, Spotify, or wherever you listen