USA vs Austria final: Americans bounce back with dominant 11-0 win 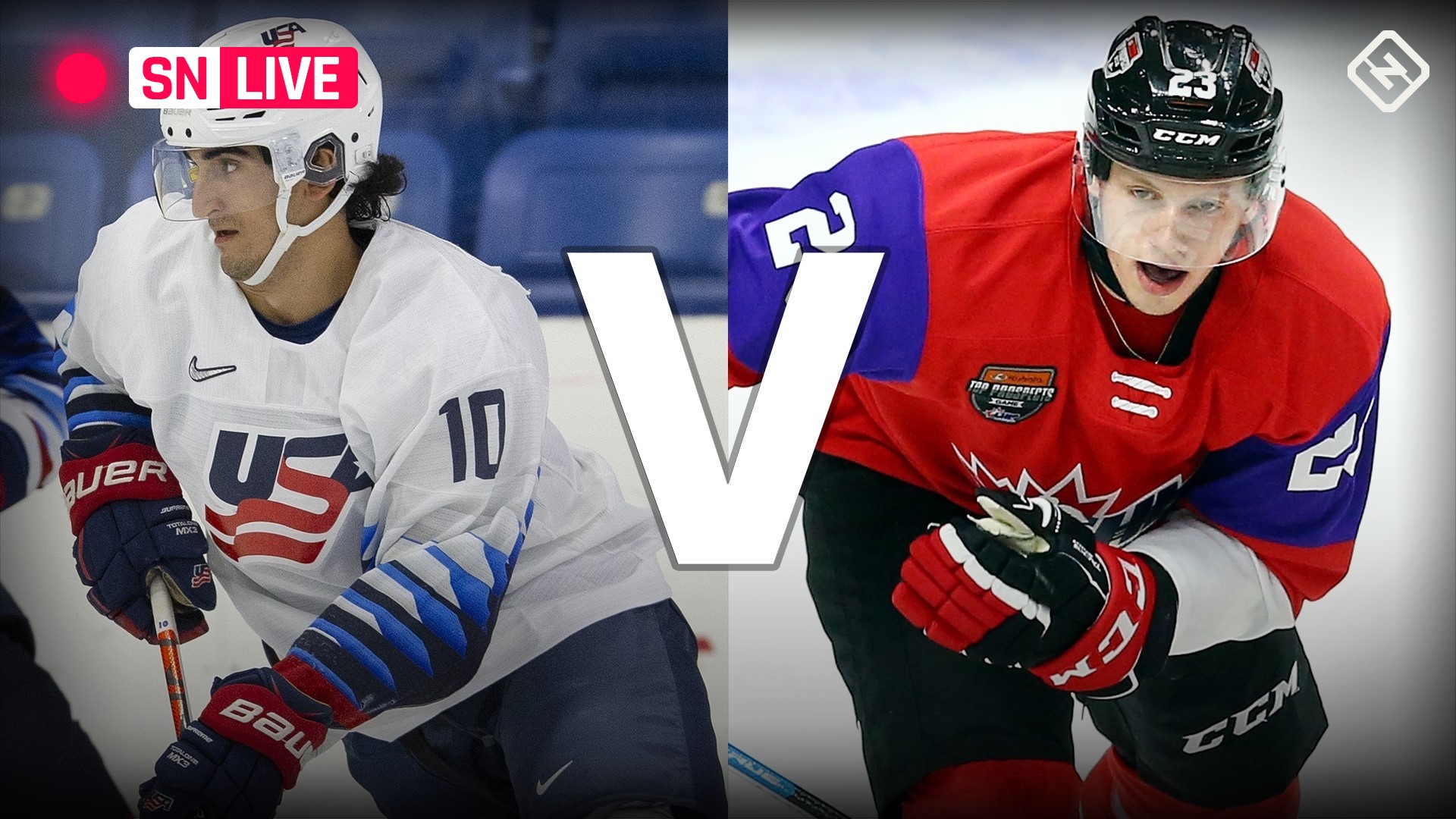 Eight players return from the 2020 USA squad which left the Czech Republic empty-handed after a disappointing sixth place finish. These players, along with the rest of this year’s squad, entered a Boxing Day reunion in the 2021 edition with another loss under their belt.

After a tough 4-3 loss to the Russians over Christmas, the Americans rebounded in a dominant fashion, easily beating the Austrians 11-0 on Boxing Day.

“I was very happy with the response,” said head coach Nate Leaman. “We know we left something on the table last night and they weren’t happy with the day. … It was good that we faced a bit of adversity in the first half by not having could score only one of 23 shots.I’m glad the guys are sticking to that.

“I’m glad the guys are building the mental toughness to stick with things.”

The US front row consisting of Trevor Zegras, Arthur Kaliyev and Alex Turcotte – all three returnees – combined for an impressive nine points, including four leading the Zegras squad (two goals, two assists). Matthew Boldy, who was cut from the team last year, had a hat trick; Brendan Brisson added a pair. Only three players, Landon Slaggert, Cole Caufield and Bobby Brink, did not collect points in the game.

It was a solid rebound game for the United States, who pushed the Austrians into their own zone after a puck drop and had 10 shots in the 10th minute of the first quarter; they only registered their first shot against Russia for almost 12 minutes. At the end of the match, America shot a whopping 73 shots on goal, 58 of them stopped by goalkeeper Sebastian Wraneschitz, who left the match in the third due to cramps. The United States hit a bunch of posts as well – so it goes without saying that the offense was shooting all cylinders with the majority of the goals coming in home plate.

Defensively, the Americans thwarted the Austrians and their best talent Marco Rossi, who had only two shots on goal. Dustin Wolf started in the net for the United States and stopped all 10 shots he faced for the first American shutout since 2017. The win was also the second-largest margin of victory in a shutout.

After consecutive games, the United States have two days off before facing the Czech Republic on Tuesday.

Sporting News got all the action as the United States rebounded with an 11-0 win over Austria.

12h00 – With 67 seconds left, Patrick Moynihan passed into the neutral zone and took a blind end to the head of Philipp Wimmer. He is excluded from the game and will surely face a suspension.

11:45 p.m. – GOAL. Welcome to the Bradner game, try to stop that pass through Brock Faber’s slot to a wide open Sam Colangelo. The latter buries the one-timer for a birthday goal. The United States leads 11-0.

11:43 p.m. – Sebastian Wraneschitz makes a great stop sliding to stop Bobby Brink and he stays down, grabbing the back of his left leg. He left the match by stopping 58 shots out of 68. Jakob Brandner entered.

11:36 p.m. – OBJECTIVE. Matthew Boldy completes the hat trick as Trevor Zegras finds him cutting at the net. Boldy was taken off the squad last year and he’s showing why that was a mistake. The USA leads 10-0.

11:31 p.m. – OBJECTIVE. Brendan Brisson gets his second of the game on a trash goal as he clears the rebound. The United States leads 9-0.

10:58 p.m. – Better luck for the Austrians as Marco Rossi feeds a wide-open Tim Harnisch in the lunge – but he rings the post.

10:51 p.m. – OBJECTIVE. Zegras again. This time he finds the light of day over the guardian’s shoulder. What a shot from the prospect of the Ducks. The USA leads 5-0.

10:46 p.m. – GOAL PP. Brendan Brisson (VGK) starts the clock from the right circle. An explosion that passes right under the glove. The USA leads 4-0.

10:44 p.m. – The United States has a numerical advantage. They fought with the advantage of man against Russia.

10:40 p.m. – OBJECTIVE. John Farinacci (ARI), who also scored on Friday night, turns it over the glove of Sebastian Wraneschitz. The USA leads 3-0.

10:38 p.m. – GOAL. Trevor Zegras (ANA) places the puck in the right circle and shoots the shot from the point towards the goal. The USA leads 2-0.

10:11 p.m. – The Americans steal and have another chance as he slips through the goalie and sits in the paint before Luis Lindner beats him.

10:08 p.m. – Trevor Zegras (ANA) in one zings on the pipe. Play continues and the Americans crush the net and attempt to push the puck (a shot has come off the post and has been refereed). Referee (Is Wes McCauley in the bubble?) Says, “We’re good. Thank you.”

10:04 am – GOAL. The Americans have a good entry into the zone and the pass appears to come out of the stick and skate from Drew Helleson (COL), head for the net and squeak goalie Sebastian Wraneschitz. (BTW, this lens was credited to Alex Turcotte, Arthur Kaliyev and I think Trevor Zegras also before going to the rightful owner). The USA leads 1-0.

9:56 p.m. – Cole Caufield (MTL) has an empty net chance as the goalkeeper is out of position, but excellent play from defender Philipp Wimmer.

9:50 p.m. – Johnson takes an unruly penalty but the Austrian could not capitalize.

9:44 p.m. – So far, the majority of the game has been played in the Austrian zone. In the first five minutes, the shots are 6-1 in favor of the United States. Friday night they only got the first shot for more than 10 minutes.

9:39 p.m. – Arthur Kaliyev (LAK) has a good chance. The US already looks a little better than Friday night.

9:37 p.m. – Game on. Perhaps my favorite thing of the tournament is the referees welcoming the teams to the face-off.