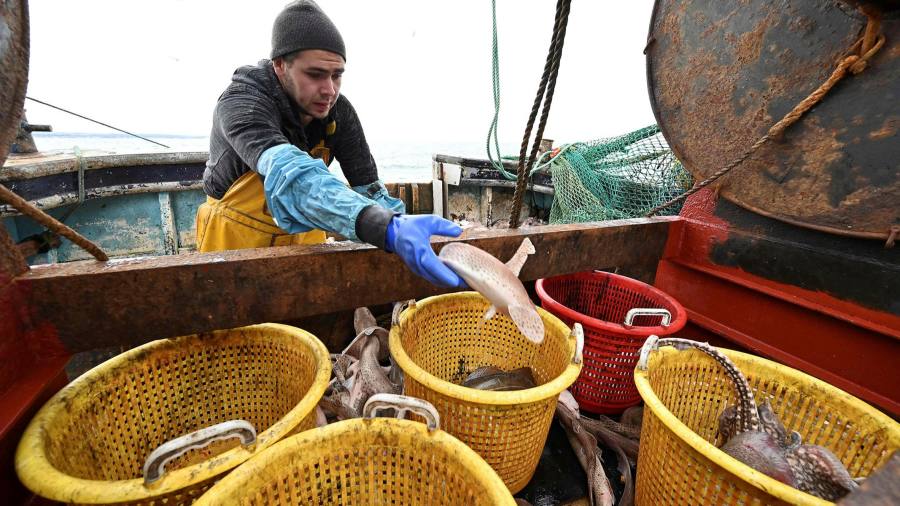 
EU ambassadors in Brussels on Monday gave the green light for the provisional entry into force of the trade deal with the UK from January 1, with the aim of preventing border disruption at the end of the Brexit transition period.

But the treat came under criticism from the UK fishing industry as UK ministers warned companies to prepare for further red tape before January 1.

Barrie Deas, chief executive of the National Federation of Fishermen’s Organizations, which represents the UK fishing industry, criticized the “paltry” increase in fishing rights under the deal. For example, the UK’s share of cod caught in the English Channel would drop from just 9.3% to 10.2%, the organization said.

Cabinet Secretary Michael Gove on Monday praised “the fantastic free trade agreement” reached last week with the EU. But he added that “big changes come with challenges and opportunities,” and urged businesses to prepare for the upheavals when new regulations come into force in the new year.

Mr Gove called on companies to make sure they understood the new rules on importing and exporting goods – including separate guidelines for Northern Ireland.

Under the terms of the agreement, companies will have to make customs declarations if they are trading with the EU, while carriers will need access permits. Those wishing to visit the mainland will need to check phone roaming charges, make sure they have purchased full travel insurance, and have at least six months left on their passport.

Business groups urged ministers to provide additional financial assistance – perhaps through a new voucher system – to help them prepare to export under the new, more onerous regime. However, the government pointed out that HM Revenue & Customs already provides “financing of customs support“.

“I think the business is in a good shape overall, but inevitably with any change, with any transition, there are occasional bumpy times,” Gove said on Monday.

The European Conservative Brexiters Research Group is expected to back the deal, but some high-profile Eurosceptics are asking for more time to review the legislation next month.

Labor leader Keir Starmer said last week his party would support the “difficult but necessary decision” between a flawed deal and no deal. But he faces a growing rebellion from Labor Europhile MPs, especially those occupying seats with a strong Liberal Democrat presence.

The NFFO said the fishing industry would see the deal as “a defeat” despite what it described as a public relations exercise only to present it as a “fabulous victory”.

Although fishing accounts for only a tiny fraction of UK GDP, the industry has been of totem importance in the Brexit debate. Prime Minister Boris Johnson said last week that the deal with Brussels would allow the British “to catch and eat pretty stupendous amounts of extra fish”.

However, under the terms of the deal, EU fishing fleets will benefit from a five-and-a-half-year transition period with guaranteed access to UK waters – after which access will depend on annual negotiations.

During the transition, EU fishing rights in UK waters – currently worth around € 650 million per year – will be reduced by a quarter, with UK quotas increasing by a corresponding amount.

Mr Deas said there had been a ‘UK surrender’ after the fishery was ‘sacrificed for other national purposes’.

“At the end of the game, the Prime Minister launched the call and gave in to the fish, despite the rhetoric and assurances that he would not do this. [then prime minister] Ted Heath did it in 1973, ”he says.