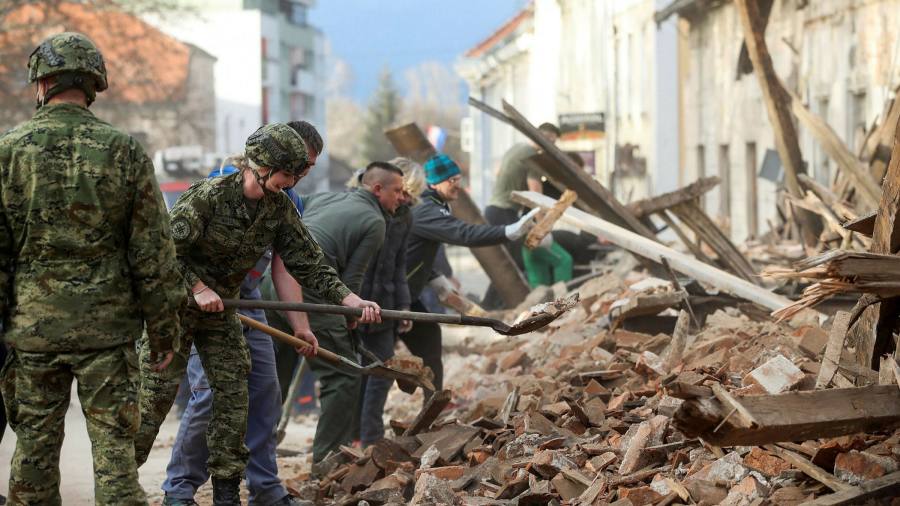 
A magnitude 6.2 earthquake struck central Croatia on Tuesday, killing seven people and seriously injuring at least 26 people. The tremors of the earthquake, whose epicenter was in Petrinja, 50 kilometers south of the capital Zagreb, could be felt as far away as Budapest and Vienna. .

“My city has been completely destroyed,” said the mayor of Petrinja, Darinko Dumbovic, in a statement broadcast by the Croatian national television channel HRT.

“It’s like Hiroshima – half the city no longer exists.”

Some residents of Petrinja, a town of 25,000 that became known to be the site of a major battle during wars that broke out in the 1990s after the collapse of Yugoslavia, told HRT that the earthquake damage of land were worse than during the war.

“It has been a difficult year and this [earthquake] adds insult to injury, ”said Milanovic.

Local officials said a 12-year-old girl died in the town, while the rest of the dead came from nearby villages. The government said it would evacuate the hospital from the nearby town of Sisak, the region’s largest health facility, which was so badly damaged that most of its wings could no longer function properly.

Austria’s national broadcaster said the earthquake was felt in 12 countries. Neighboring Slovenia has closed its only nuclear power plant, 60 miles from the epicenter, as a precaution.

The earthquake, the second in Croatia in two days, has struck while memories of the March earthquakes that severely damaged Zagreb and displaced hundreds of people remain fresh.