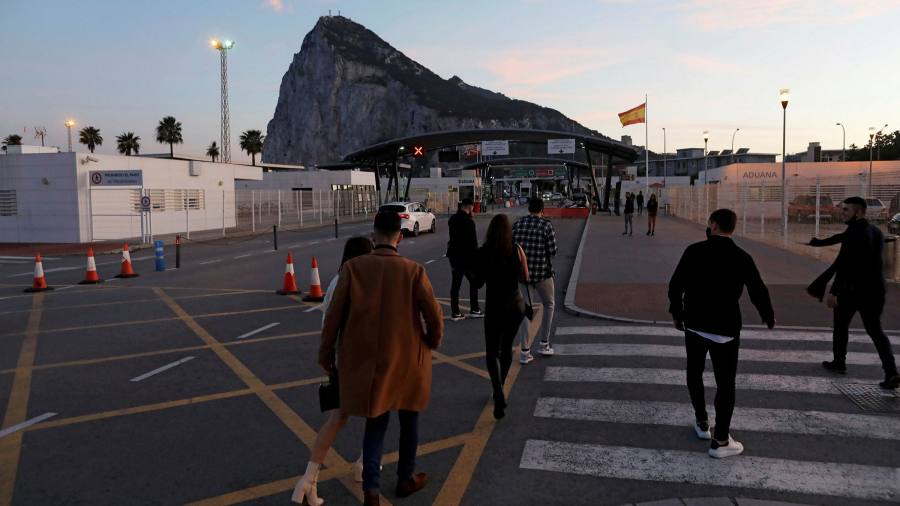 
The Spanish government on Tuesday approved an executive order regulating parts of its relations with citizens of the British Overseas Territory of Gibraltar after the end of the Brexit transition period on January 1.

The measures approved by the office of the Spanish Socialist Prime Minister, Pedro Sánchez, allow Gibraltarians to continue to take up jobs in the Spanish public sector, to work in professions that require residency in the EU and to study at Spanish universities, among others.

But the announcement comes as Madrid warns it will tighten border controls with Gibraltar if it fails to reach an agreement with the UK on free movement between Spain and the territory before the period ends. of transition.

“If there is no deal, Gibraltar will become the EU’s external border. This means more checks, more waiting times and more costs, ”Arancha González, Spain’s foreign minister, warned on Monday. “Although on a smaller scale, one of the consequences could be queues similar to the ones we saw in Dover.”

Gibraltar was not covered by the Brexit deal struck between the EU and the UK last week. Therefore, in the absence of a separate agreement, border crossings could require passport stamps, while residents of Gibraltar could lose Spanish social security and other benefits.

Gibraltar is seeking closer ties to the EU than it was before Brexit, with almost unhindered movements between itself and Spain, while Ms González said Spain’s’ vision ‘was to’ remove the border barrier ”. This would in effect make Gibraltar part of the Schengen free movement area and convert Gibraltar airport and port into an EU border. But negotiations are stuck on how these entrances to the bloc will be controlled – and who will.

Spain has indicated that it would be open to agents from the European border agency Frontex controlling passage through the airport and port, as a temporary confidence-building measure. But he insists that these guards report to the Spanish authorities and that Spain, as an EU member, would be in charge of the EU’s external border. The government of Gibraltar, for its part, has made it clear that it will not accept Spanish officials to control its borders.

We are remarkably close to an agreement. I am optimistic. I won’t be drawn to what happens if we don’t agree

The issue is particularly sensitive because of the sovereignty dispute that has continued since Gibraltar was ceded to Great Britain under the Treaty of Utrecht of 1713.

Ms González insisted that Spain would continue to negotiate until the ‘last minute’ of 2020, but she warned there was ‘no plan B’ except for a border lasts if an agreement on movements was not reached.

For his part, Gibraltar’s Chief Minister Fabian Picardo told the Financial Times: “We are remarkably close to a deal. I am optimistic. I won’t be drawn to what happens if we don’t have an agreement. I will continue to work to ensure that we have one that is safe and beneficial to all parties.

The threat of a hard border is a particularly acute concern for workers in the region. About 15,000 people cross the border to work each day – most moving from the Spanish side to the Gibraltar side. Any damage to the regional economy caused by a change in the way the border is policed ​​could be devastating for them, as job prospects are scarce in the Spanish border area of ​​Campo de Gibraltar, where unemployment is close to 40 %.

On Monday, the mayors of the eight towns that make up Campo de Gibraltar demanded an “urgent and positive” agreement to avoid the “disastrous economic, social and political consequences that a lack of agreement would entail”.