Keeping an eye on the level playing field for Brexit 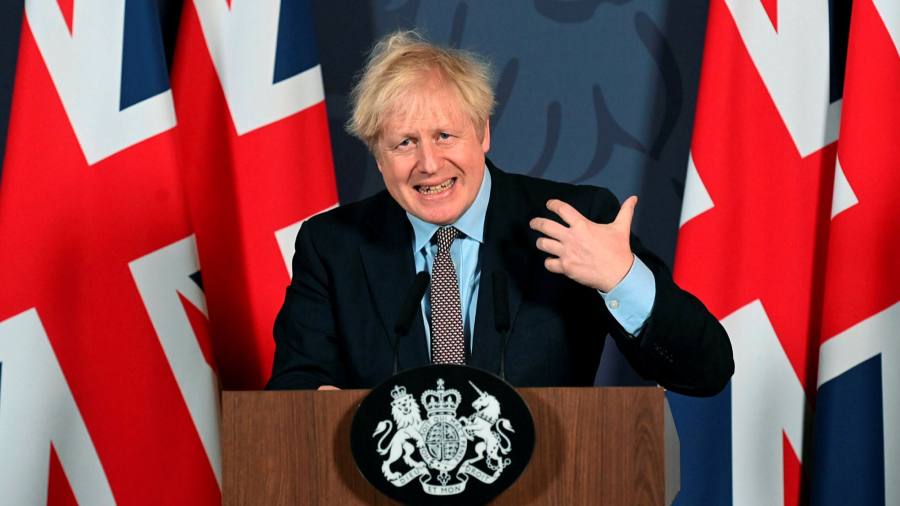 Normal Trade Secrets returns next Monday, but today we are taking the seasonal break to offer some thoughts on the Brexit deal that was sealed on Christmas Eve.

Hilariously, the UK parliament is allowed only one day on Thursday to debate the ‘trade and cooperation agreement’ between the UK and the EU. Readers may recall that one of the arguments for Brexit was to restore parliamentary sovereignty. The government is currently treating House of Commons sovereignty like Boris Johnson does to the current ruler, the Queen: shake yourself up every now and then with a brief briefing on what it does, answer a few questions, then get on with it. his business.

When MEPs vote on ACT, they might fear that certain provisions keep the UK in the realm of EU regulatory seriousness. Below we explain why we think this is overkill.

do not forget to click here if you want to receive trade secrets from Monday to Thursday. And we want to hear from you. Send your thoughts to trade.secrets@ft.com or write to me at

Brussels is testing a new application model in the United Kingdom

In the end, the deal was pretty much what you expected. Few favors for the UK beyond a standard European bilateral. A basic agreement on services, no special access to financial services, no automatic mutual recognition of professional qualifications, few preferential rules of origin to preserve manufacturing supply chains. Something about the fish fishing industries on both sides are unhappy with, as is their habit.

Brexit gurus have to go out with their initial reactions, which seem to us to be quite precise. It is essentially an agreement drafted by the EU in response to the UK’s red lines to leave the customs union and the single market, and it leaves so much interest in the UK economy that a series indefinite disputes and negotiations will follow.

We would like to focus on an innovation in the deal that almost derailed the negotiations and received a lot of attention. Brussels has insisted on “level playing field” (LPF) rules that deter the UK from lowering labor, environmental or climate protection standards or bypassing trade-distorting business subsidies.

At least the subsidy provisions have been sharply reduced from the EU’s initial request that the UK remain subject to EU law and the European Court of Justice: they now give businesses the right to appear in court. But the rules of the LPF still have a sharp (and innovative) power of application. If one party says the other is lowering standards or distributing illicit state aid, it can unilaterally apply “rebalancing” tariffs to correct the distortion, and its notice of intention to do so can be called to court. rapid arbitration.

So is the EU giving itself the supreme power to contain the UK if it dares to exercise its new regulatory sovereignty? Is this the chain by which the vile masters of Brussels will continue to hold the proud British lion?

We are going to stay far here and boldly predict that in practice these rules will not be used much or prevent the UK from doing whatever it really wants to do.

Let’s put aside the question of whether the UK would even like to diverge much, which seems doubtful: its labor markets are already quite deregulated, UK public opinion is generally quite environmentally friendly and the country has always been a parsimonious user of state aid.

First of all, remember that these rules only apply to labor, environmental and climate standards and to state subsidies. The UK can laugh at products or professional standards whatever it wants: solid lead children’s toys painted with arsenic, doctors licensed to practice with internet-bought diplomas, car safety checked by test pilots who have been drinking all day. But these goods and services will not be acceptable in the EU’s single market, nor probably elsewhere.

Second, there is an important condition applied to the FPL terms: the discrepancies must have “significant impacts” on trade and investment before either government can apply rebalancing tariffs. It’s going to be hard to prove. Suppose the UK facilitates the dismissal of workers or increases the limits of permissible pollutants in industrial wastewater. An EU industry complaining about its UK competitors will have to show that it is severely affected by this problem among the dozens of factors that make up companies’ trade costs – and even rebalancing tariffs must be strictly proportionate to the injury. incurred.

We know this is difficult to do because the United States, which (thanks to relentless lobbying by unions) has had similar enforceable labor provisions in their trade agreements for years. They didn’t have much effect. There was a test case with Guatemala (whose labor standards are, let’s face it, a bit worse than even Boris Johnson’s Britain) where the US failed to win precisely because it couldn’t show the economic damage caused.

There is more potential for an EU-UK subsidy conflict, where the rules go much deeper than in other EU bilateral agreements and the distorting effects might be more evident. But even here there is a test of having to show a significant negative effect on trade or investment before fighting back. Simon Lester of the Cato Institute underline wisely that in order to resist arbitration, governments are likely to establish some sort of quasi-judicial agency or mechanism to assess these effects, which will mitigate, slow down and depoliticize the process.

Let us also remember that the arrangements are symmetrical. The EU is going to want to be very careful in trying to broaden the definition or measure of distortion in case it becomes vulnerable to counter-litigation from the UK.

James Webber of law firm Shearman & Sterling, Trade Secrets’ man of confidence for exposing the positive side of Brexit on such issues, says new state aid provisions are a huge loosening of the leash : “The new subsidy rules mean that state aid can be spent without prior approval, requires companies to sue to file complaints and needs evidence of serious damage done before tariffs or other actions are triggered. This comes on top of a sweeping deregulation change for Britain. (Remember here that Northern Ireland remains subject to EU state aid rules, which could create some fun in the future.)

In fact, the really interesting implication of the LPF is what it means for the application of European and world trade more generally. Brussels has traditionally avoided applying labor and environmental provisions in its bilateral agreements with sanctions, with the old guard of the trade directorate claiming it will not actually change the behavior of trading partners. But the pressure for change has grown, especially in the European Parliament. So has the desire to application weapons that allow Brussels to respond to what it says are trade-distorting actions in partner countries without waiting months and years for a WTO decision.

In the UK deal, the EU created a model which should develop precedents and practices and which can be changed or extended in the future. It will be watched with interest from the United States, where some lobby groups are still keen to expand United States trade defense measures. The EU’s experiences of expanding applicable labor and environmental provisions are unlikely to end with the UK, and perhaps not with the EU itself.