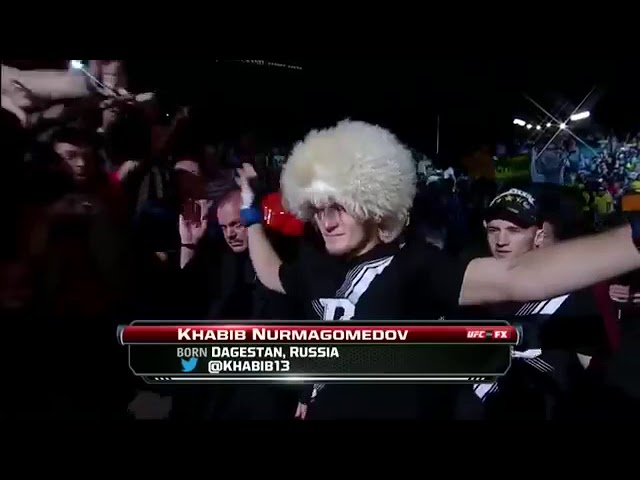 
Khabib Nurmagomedov revealed that the hardest fight of his UFC the career was against Gleison Tibau.

Speaking to Ilya Trifanov on TV match, Nurmagomedov said the fight against Tibau not only tested his physical skills, but also his mental skills.

“I haven’t had easy fights. Maybe from the outside it seemed to me. But the hardest (fight) was in 2012 when I was 24. It was a fight against Gleison Tibau. “He was on a good winning streak, was in the top 15 of the best lightweight in the world. It was a tough fight both emotionally and physically,” said Nurmagomedov.

In what has been one of the most competitive fights of his career,

Nurmagomedov noted that while Tibau was his toughest opponent, he considers his fight against Conor McGregor the most important.

After subduing Kamal Shalorus in his UFC debut, The Eagle locked horns with Tibau in his second fight in the promotion, which has remained largely competitive. However, all three judges scored the contest in favor of Nurmagomedov. But how did the fight go?

What happened during Khabib Nurmagomedov’s fight against Gleison Tibau?

Gleison Tibau was obviously the favorite to win the fight, as he had just scored a big victory against Rafael dos Anjos. The Brazilian had picked up five wins in his last six games and clearly had the upper hand, at least on paper, in battle.

As Khabib Nurmagomedov himself mentioned, Tibau was on a winning streak and was in the top 15 in the lightweight division, which gave him an advantage over his Russian opponent.

Although Tibau almost stopped Nurmagomedov’s unbeaten run, the Brazilian’s efforts were not enough to convince the judges that he got the better of The Eagle.

Tibau managed to defend the attacks from Khabib Nurmagomedov, which in itself is a rare sight. In fact, he defended The Eagle’s 13 takedown attempts. On top of that, Tibau also landed bigger strikes, according to UFC Statistics.

What may have worked in Khabib Nurmagomedov’s favor is how he dictated the fight. The Eagle was given a massive ground control time of four minutes and 26 seconds, although it didn’t deal much damage, it was enough for the judges to pick a winner.

Additionally, what should be noted is that Tibau tested positive for erythropoietin (EPO) in 2015.