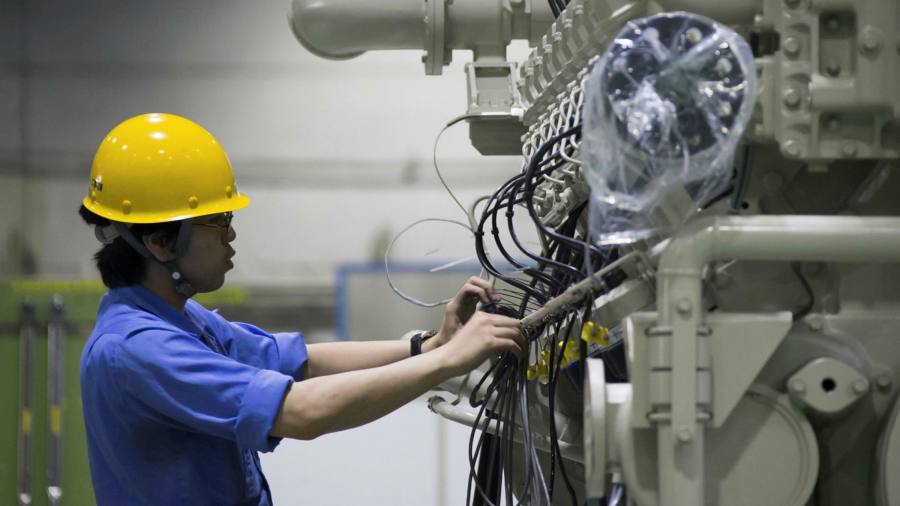 
Mitsubishi Heavy Industries plans to invest in green technologies beyond solar and wind as one of the biggest players in fossil fuel power generation tries to reinvent itself in clean energy .

Kentaro Hosomi, head of the Japanese conglomerate’s main energy business, told the Financial Times that hydrogen, ammonia, carbon capture and nuclear power would all be necessary to achieve the global zero emissions goal.

MHI’s green approach illustrates how even companies that have built their businesses around fossil fuels feel the need to invest heavily in green energy to ensure their survival.

Like its peers such as General Electric, the legendary Japanese conglomerate faces the challenge of reinventing itself due to its reliance on profits on traditional businesses, from coal-fired power stations, shipbuilding, and automotive turbochargers to regional jets, space rockets and the defense industry.

“We need real technological innovation. There is a very long way to go, ”Mr. Hosomi said. “I hope people will recognize that decarbonization does not happen overnight.”

MHI said last month it would increase investment and aim to increase its global green energy revenues to 300 billion yen ($ 2.9 billion) by the end of 2030, from around 50 billion yen. in 2023.

The group was hit hard by the pandemic, which forced it to halt its regional jet program, as well as by the decline in demand for traditional electricity generation. He will also be affected by Japan’s abrupt decision aim net zero carbon emissions by 2050.

“Solar and batteries. . . can facilitate the use of green energy, but from my point of view it means everything goes to China. “

The Japanese government is betting heavily on the potential of import hydrogen from friendly countries such as Australia, but Hosomi said it would be too expensive to build a new supply chain for liquefied hydrogen in the short term.

Hydrogen can be burned in power plants or used in fuel cells to power vehicles, but the technology is expensive and has not yet become viable on a large scale.

Mr Hosomi said a more cost-effective approach would be to transport the ammonia to Japan and burn it along with the coal and gas at existing power plants. Ammonia, which has the chemical symbol NH3, can be produced from hydrogen. However, it is liquid at higher temperatures and there is an existing infrastructure to ship it around the world.

MHI won a contract for a power plant in Utah that will initially burn a mixture of hydrogen and natural gas before a gradual conversion to 100% hydrogen combustion by 2045. Co-combustion with hydrogen or ammonia offers a future for boilers and steam from MHI. and gas turbines.

“This is a solution that we can present today to users who desperately need electricity from existing coal-fired units,” Hosomi said.

One emerging technology that MHI believes has a competitive advantage is carbon capture and storage, which is essential for making renewable ammonia or hydrogen from fossil fuels. The company estimates that carbon capture equipment will grow into a € 2.4 billion industry as countries aim for carbon neutrality by 2050.

Given Japan’s population density and mountainous terrain, however, Hosomi said it would be impossible to achieve zero carbon at home without nuclear power. Most of Japan’s nuclear power plants have been closed since the Fukushima disaster in 2011.

“Unless you sacrifice everything to place solar panels or wind turbines throughout Tokyo, it’s impossible. So in geographic conditions like Japan, I think. . . nuclear power is essential, ”he declared.