Ortega tightens the screws on opponents as Nicaragua elections loom 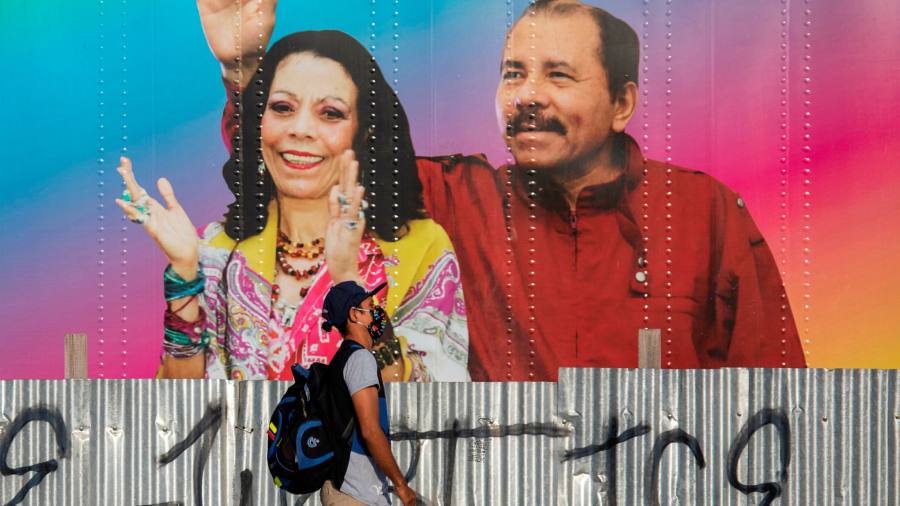 
Veteran Nicaraguan strong man Daniel Ortega took advantage of the Christmas lull to tighten the screws on opponents of his regime as he seeks his fourth consecutive term in 2021.

The Nicaraguan National Assembly, which the former Sandinista guerrilla controls, passed a law prohibiting “traitors” from running for office or holding public office, which went into effect last week – a decision according to critics is another blatant attempt to ban opposition candidates after a series of other radical laws past the past few months.

At the same time, the government is threatening the country’s independent media. he plastered posters on the former headquarters of television stations and human rights groups, whose buildings it has occupied for two years, claiming that they now belonged to the Ministry of Health and would become centers for drug addiction and alcoholism or motherhood.

“The bottom line of all this is that Ortega knows he cannot win competitive elections,” said Carlos Fernando Chamorro, whose news magazine Confidencial and the TV show This week were among those whose buildings were targeted.

Ultimately, if he were in a position of strength, he would not take these steps to seek to further consolidate state repression.

He called the action the last step in a campaign launched two years ago, when armed police ransacked his offices and those of 100% Noticias, a television news channel. They have since prevented their owners from entering. Miguel Mora, founder of 100% Noticias, was jailed but was released, and Mr. Chamorro spent nearly a year in exile.

Critics say Mr. Ortega, 75, who has been in power since 2007 and has ruled the Central American country for 24 of the past 41 years, is looking to fight his way to a fourth consecutive presidential victory at the polls in November of next year.

The veteran rebel, who first seized power after the Sandinista revolution that overthrew US-backed dictator Anastasio Somoza in 1979 and reigns with his wife and vice president Rosario Murillo, has increasingly sought to quell dissent since deadly riots in 2018 which shook his regime.

José Miguel Vivanco, director for the Americas of Human Rights Watch, an advocacy group, said that with the anti-“traitor” law in force “there is little or no hope for free and fair elections. in Nicaragua“.

the Organization of American States also weighed in, saying the law flouted international standards and commitments and should be overturned.

The legislation, called the Law for the defense of the rights of the people to independence, sovereignty and self-determination for peace. contained only a vague definition of what constituted treason, including the conduct or financing of a coup, incitement to terrorist acts, or support for foreign sanctions. The United States currently has sanctions against 27 Nicaraguans linked to the Ortega government, including Gustavo Porras, speaker of the National Assembly.

“If this law is not overturned, in 2021 we will not be facing valid and legitimate elections, but elections in which the will of the regime will be imposed on the legitimate will and right of the people of Nicaragua. . . a change of government by democratic, legitimate and transparent means ”, declared Alexa Zamora, Blue and White National Unit member, one of the main opposition blocs in the country.

“Ultimately, if he were in a position of strength, he would not take these steps to seek to further consolidate state repression,” said Juan Sebastián Chamorro, executive director of Civic Alliance, another group of leading opposition and a cousin of the publisher Confidencial.

The regime has already passed the so-called “Putin law”, apparently modeled on Russia’s 2012 law on foreign agents, requiring recipients of foreign funds to register with the state or face foreclosures or bans of assets.

He also enacted the Anti-Cybercrime Law, threatening with jail anyone who uses information technology to “spread false and / or distorted information, causing alarm, terror or unrest in the population.”

A third initiative, aimed at allowing life sentences for those convicted of “hate crimes”, is expected to be ratified in a vote in Congress in January.

Mr. Chamorro, from the Civic Alliance, said the initiatives were aimed at demoralizing and dividing the opposition. He said police had been stationed at his door for the past three months to restrict his activities and that the last time he tried to leave the capital, Managua, a month ago, he was arrested and sent home. him.

Bayardo Arce, Mr Ortega’s economic adviser and the only member of the ruling 1980s junta still loyal to him, said he would meet with businessmen in January – a decision by Mr Election farce ”.

“The ball is in Nicaraguan society’s court,” Chamorro said.

A peaceful transfer of power does not mean that threats of political violence - and the difficult conversations about it - have ended....
Read more
Business news