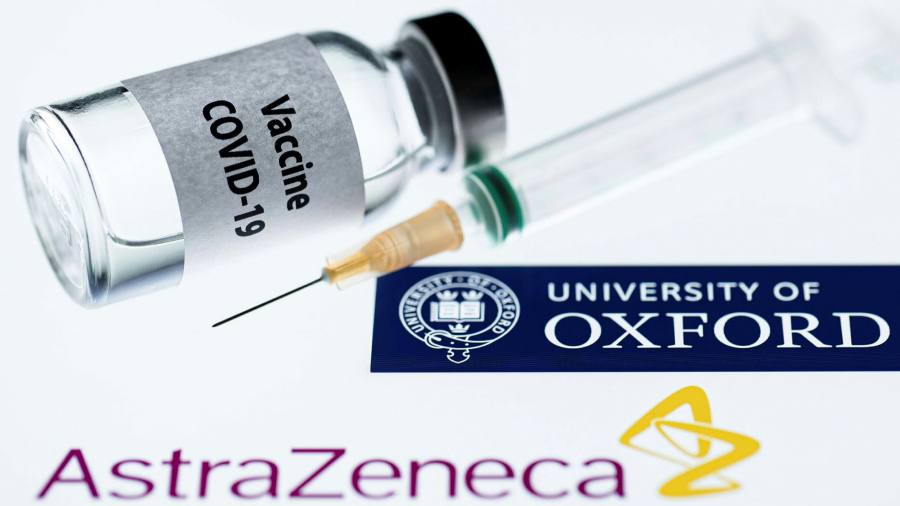 
The UK medicines watchdog has approved the coronavirus vaccine made by the University of Oxford and AstraZeneca, raising hopes that millions more Britons can be vaccinated against the disease in the coming months as a new viral variant is taking root.

AstraZeneca said on Wednesday that the UK Medicines and Health Products Regulatory Agency had given the vaccine emergency clearance, allowing it to be rushed to patients and offering renewed hope to tame the pandemic as the number of patients with Covid-19 in English hospitals reached an absolute record.

The UK, EU and US have placed orders for 100m, 400m and 300m doses of the vaccine developed by Oxford and under license to Anglo-Swedish drug manufacturer.

“Today is an important day for millions of people in the UK who will have access to this new vaccine,” said Pascal Soriot, CEO of AstraZeneca. “It has been shown to be effective, well tolerated, simple to administer and is provided by AstraZeneca for no benefit.”

The vaccine should be stored between 2 ° C and 8 ° C – the temperature of a conventional refrigerator – which makes it easier to distribute than those made by its competitors.


The expected cost of a single dose of the Oxford / AstraZeneca vaccine, which the group has committed to selling at cost

The requirement that the BioNTech / Pfizer vaccine, which has been in the center of the UK’s mass vaccination campaign which began on December 8, is stored at minus 70 ° C has prevented many general practitioners in the country from participating in the program. The Oxford vaccine is not only easier to store, but may not require monitoring people for 15 minutes after receiving the vaccine, making demands for social distancing less onerous.

Ease of storage, combined with cost pricing during the pandemic, have made the Oxford / AstraZeneca an attractive option for a number of countries. Supply agreements state that a single dose of the vaccine costs about $ 3 to $ 4. AstraZeneca pledged to sell the vaccine at cost to developing countries in perpetuity after Oxford insisted on conditions for access.

The MHRA has approved a two-dose regimen with an interval of four to 12 weeks which, according to AstraZeneca, would be very effective against disease. In tests, it has been shown to be 100% effective in preventing serious illness.

The approach will allow many more Britons to be vaccinated quickly, without the need to limit the current supply, as there should be time to manufacture additional volumes.

AstraZeneca said the vaccine had received emergency clearance and the first doses would be released on Wednesday.

Health Secretary Matt Hancock told the BBC on Wednesday morning that the first inoculation would take place on January 4, with “hundreds of thousands” of shots ready for next week. Vaccinations will start in hospitals and then move on to nursing homes.

“The vaccine is the way out of this pandemic…. This is the day when we can all get back to our normal lives, ”Hancock told Sky News.

The Department of Health and Human Services said: “Throughout this global pandemic, we have always been guided by the latest scientific advice. After reviewing the evidence for BioNTech / Pfizer and Oxford University / AstraZeneca vaccines, the [Joint Committee on Vaccination and Immunisation] recommended that the priority be to give as many people in risk groups as possible their first dose, rather than providing the two necessary doses as quickly as possible.

“Everyone will always get their second dose and it will be within 12 weeks of the first. The second dose completes the course and is important for longer term protection, ”he added.

The UK has placed forward orders for a total of 357 million doses of the coronavirus vaccine from various companies. Several have yet to complete late stage testing.

the ad in November that the Oxford / AstraZeneca vaccine had successfully completed clinical trials was shrouded in controversy after it emerged that the diet that worked the best – around 90 percent effective – had not been tested in people over 55, the group most at risk for the disease.

When only data for all ages were taken into account, the vaccine was 62% effective – significantly below the BioNTech and Moderna vaccines, which both reached the mid-1990s.

UK approval of the Oxford / AstraZeneca vaccine precedes expected advice from US and EU regulators.

However, the European Medicines Agency will not assess the vaccine until at least next month, as it has yet to receive a request from the manufacturer, she confirmed on Tuesday.

US regulators are waiting for an advanced stage trial to end before evaluating the vaccine.

MyTheresa, the German online luxury retailer, was valued at $ 2.2 billion when it went public in New York on Wednesday, highlighting the...
Read more
Business news

The coronavirus pandemic has seen Chinese venture capitalists retreat to the safety of big names in favored industries, thinning the ranks of tech...
Read more