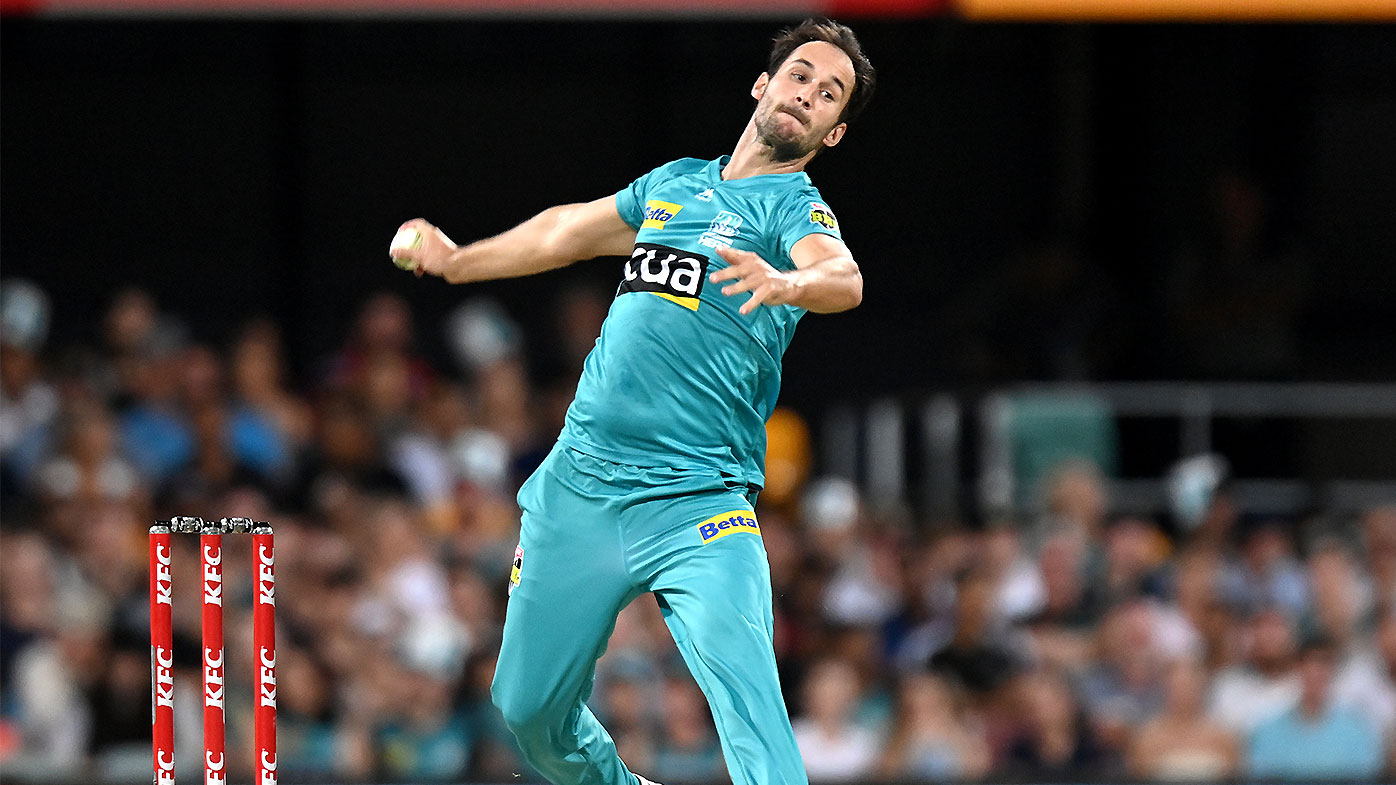 
Brisbane Heat importer Lewis Gregory has left BBL fans bewildered after delivering “the most remarkable delivery” of the tournament so far.

The incident occurred in the 17th of the Hobart Hurricanes’ innings when he attempted a slower delivery to Hurricanes batsman Tim David.

Gregory appeared to slip at the crease and his ball fell terribly out of the field, landing on the practice wicket as Heat skipper Jimmy Peirson dived his full length to keep the ball from going to the limit.

“This is the most remarkable delivery of BBL10. He fell and missed the cut thing! Fox Cricket commentator Mark Howard said.

“The cutter has gone bad.”

With Gregory lying on the grass after the delivery, the referee checked it before informing him it was a no-ball and a free kick for completely missing the pitch.

“The ref came up to him and asked, ‘Are you okay buddy? By the way, it’s a free kick without a ball, ”Aussie great Mike Hussey said in a comment.

To make matters worse for Gregory, David slammed the ensuing free kick for six on the next delivery, before being fired for the sequel.

Angry players have said they may never have traveled to the Australian Open if they had known the COVID-19 quarantine measures would be...
Read more