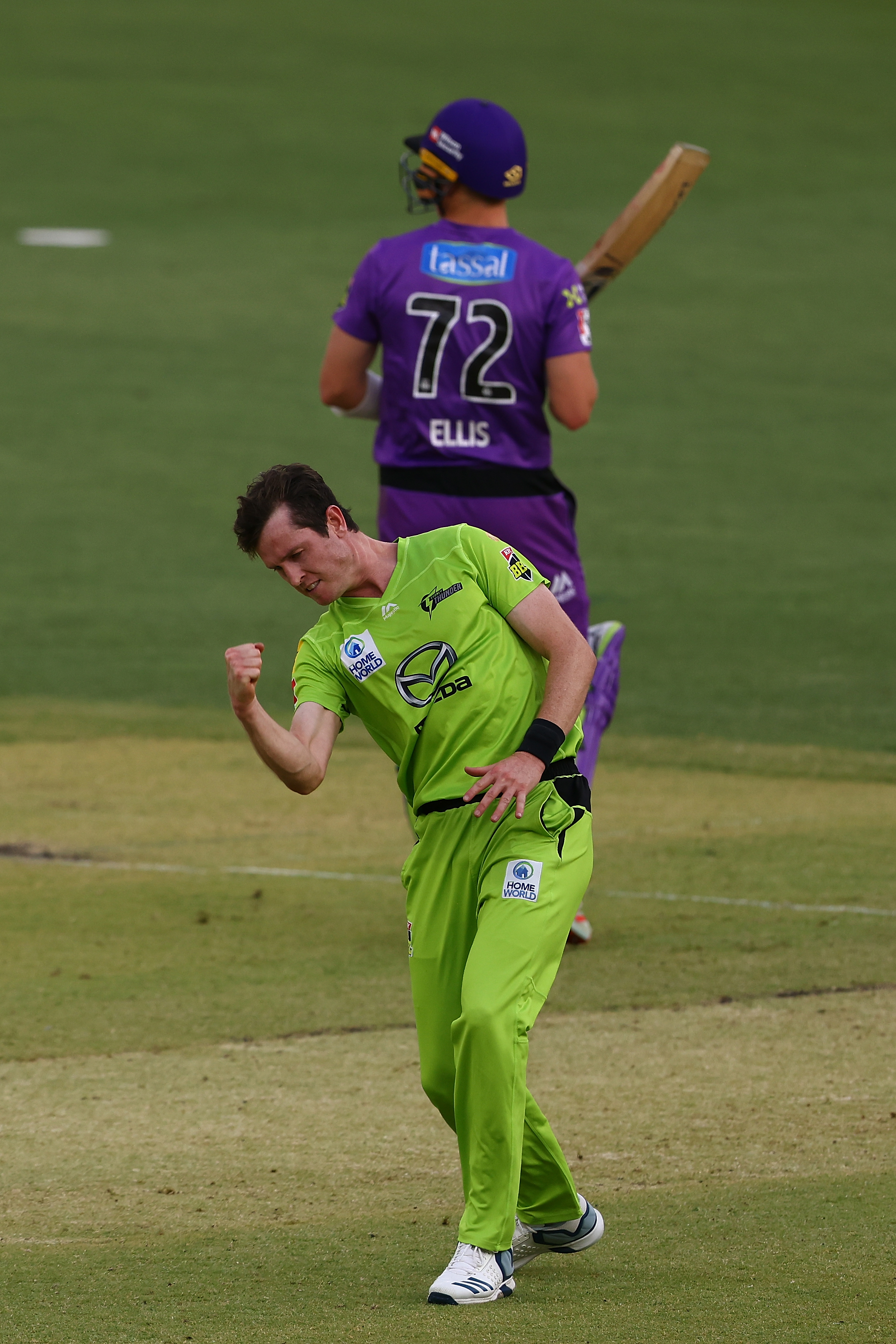 
The Sydney Thunder returned to the top of the BBL standings with a clinical victory of 39 points over the Hobart Hurricanes in Perth on Thursday night.

The Thunder’s 5-167 was solid, not overwhelming, but a real team effort on the field meant the Hurricanes never really threatened to chase it.

Making the win even more enjoyable was the fact that the Thunder edged out city rivaling the Sydney Sixers at the top of the table.

The Thunder (6-2) are one point ahead of the Sixers (5-3) and a final entirely in Sydney seems a real possibility.

“The Thunder have been brilliant all year,” Brad Haddin said on Fox Cricket.

“I enjoy the brand of cricket they play and another reason they do so well for me is the team they have.

“They let Ollie Davies out, which we thought was a big mistake, but (Alex) Ross (44 * of 33) came back and played a stellar role tonight.

“Arjun Nair (1-19 of 3) came in to replace (Daniel) Sams, so they have a great depth in their team and it’s an honor to their coach Shane Bond.

“The Thunder were all great tonight.”

Tanveer Sangha (2-29 of 4) continues to show he is destined for higher honors and now has the most wickets in the competition.