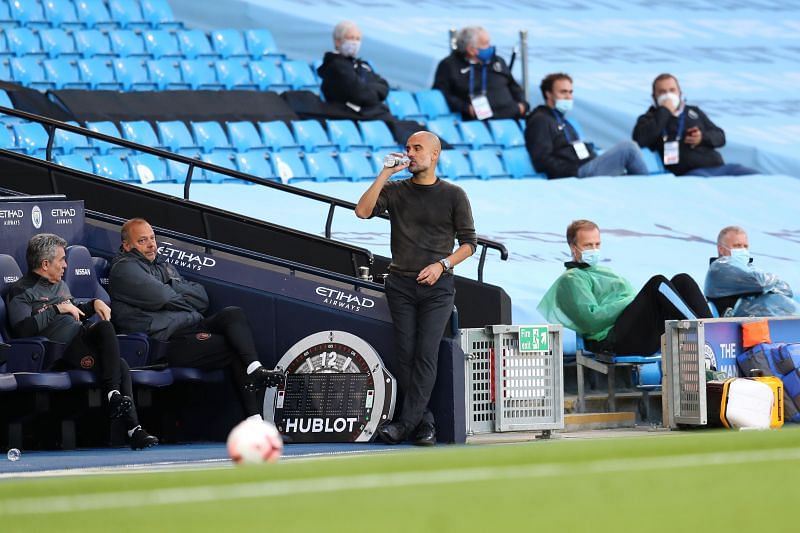 Manchester city could lose another talented young player as they cannot offer him first team football. We also bring you the latest news on a talented Argentinian the Sky Blues want to sign.

On that note, let’s take a look at the Manchester city overview of transfer news as of January 8, 2021.

Dario Sarmiento is a player causing a stir in Argentina, and Manchester City are already in talks to sign the precocious teenager.

According to talkSPORTManchester City have already agreed to pay Estudiantes a £ 17million fee for Sarmiento. The striker has been compared to Lionel messi because of his style and his position for Estudiantes.

Still only 17 years old, it is likely that Sarmiento could take some time to develop and become ready for Manchester City first team. However, fans are hopeful that he can progress quickly at the club. Sarmiento made five appearances for his club last season in the Superliga.

Jayden Braaf in talks to sign for Bayer Leverkusen

Jayden Braaf has become disillusioned with Manchester City’s lack of first-team football and has been linked with a move away from the club.

Braaf’s contract with Manchester City runs until 2023, but he has already fallen out with the club’s Under-23 staff and is expected to leave this month.

The Dutchman has been impressive for the Under-23 team, scoring 12 goals in 24 games. However, he’s unlikely to make his Manchester City debut anytime soon, given the talent Pep Guardiola has at his disposal.

According to Daily mail, Bayer Leverkusen have entered negotiations with Manchester City for Braaf. The 18-year-old hopes to play for the senior team in Germany and follow in Jadon Sancho’s footsteps.

PSG can easily dictate how transfers go due to their massive purchasing power, as they did when signing Neymar. And with Mauricio Pochettino now at the head of the club, there could be some big transfers in the coming weeks.

The Parisians have been linked with a move for the Manchester City striker Sergio aguero. The Argentine has had injury issues with Manchester City over the past year and hasn’t played much for the Sky Blues during that time.

According to Bruno Satin, Pochettino wants his compatriot at PSG, but the move is more likely to happen this summer when Aguero breaks his contract.

Although it was reported last year that Sergio Aguero could sign an extension with Manchester City until 2023, there has been no development in this regard.