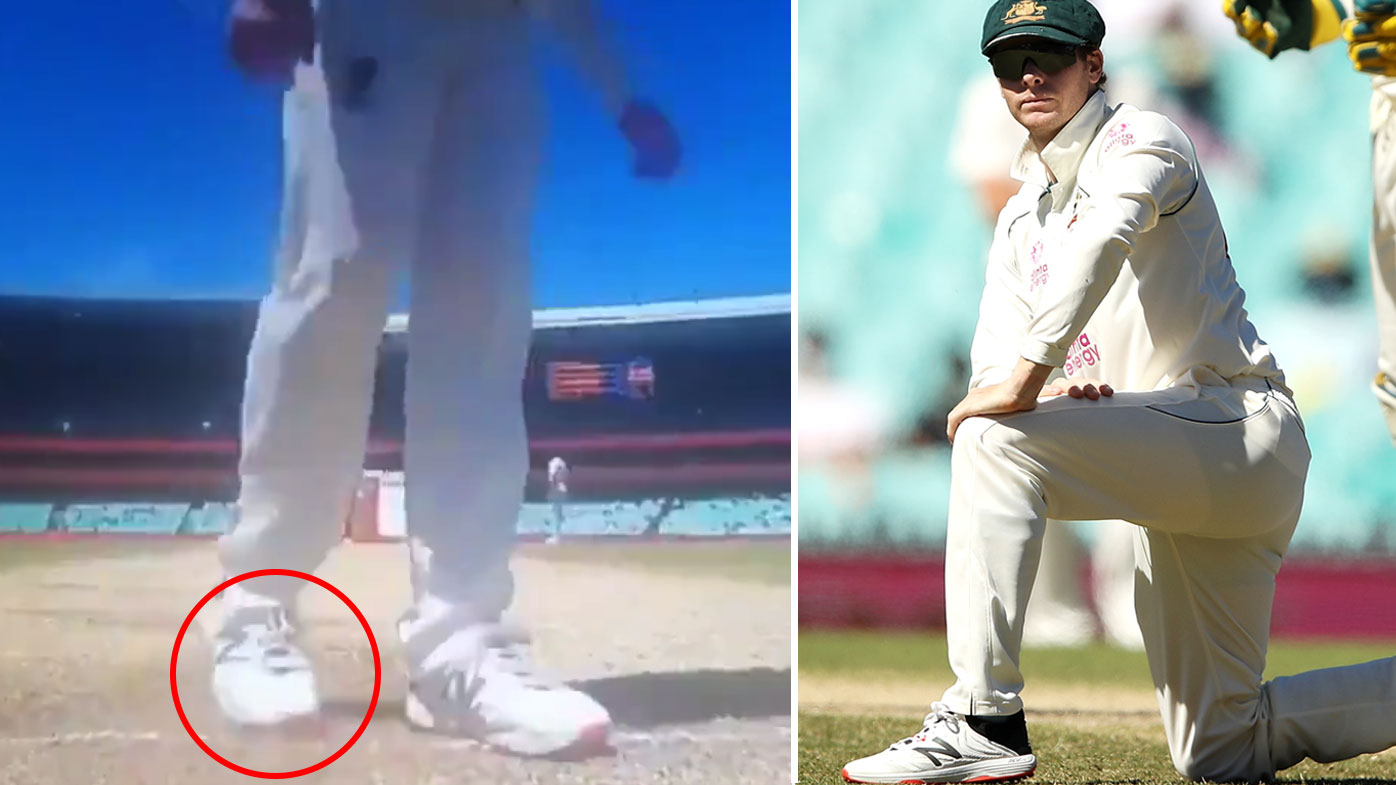 
Steve Smith has been criticized for appearing to remove Rishabh Pant’s batting guard marks from the crease in an attempt to derail the The Indian Guardian’s Stellar Rounds on Day 5 at SCG.

Pant’s impressive 97 out of 118 had all hopes of an Australian victory of the last day of tattered cruising by the second session, as he and his partner Cheteshwar Pujara reduced the host’s total of 407 to 150 runs.

While Australia did everything they could to contain the partnership, the flamboyant punch creation of Pant, 23, had Tim Paine’s men in panic stations as he punched spinner Nathan Lyon for three six years before dropping shy of a ton.

But it’s now clear how worried the Australians were about a possible victorious Indian chase after footage released after the draw that appeared to show Smith attempting to scratch Pant’s batting marks.

The stump’s camera appeared to catch Smith scratching the Indian drummer’s guard mark during a drink break, when he wandered into the crease and started to shade the bat.

Smith’s face was not taken in the pictures, however, his shirt number 49 is clearly visible.

The incident sparked backlash from Indian fans but also angered former Indian opener Virender Sehwag, who was the first to call out the Australian drummer.

“I tried all the tricks, including Steve Smith trying to remove Pant’s batting guard marks from the crease,” Sehwag tweeted alongside footage of the incident.

“But I’m so proud of the Indian team’s effort today.”

The NBA's Martin Luther King Jr. Day tradition continues this year with a nine-game roster featuring some of the league's top stars. It all...
Read more