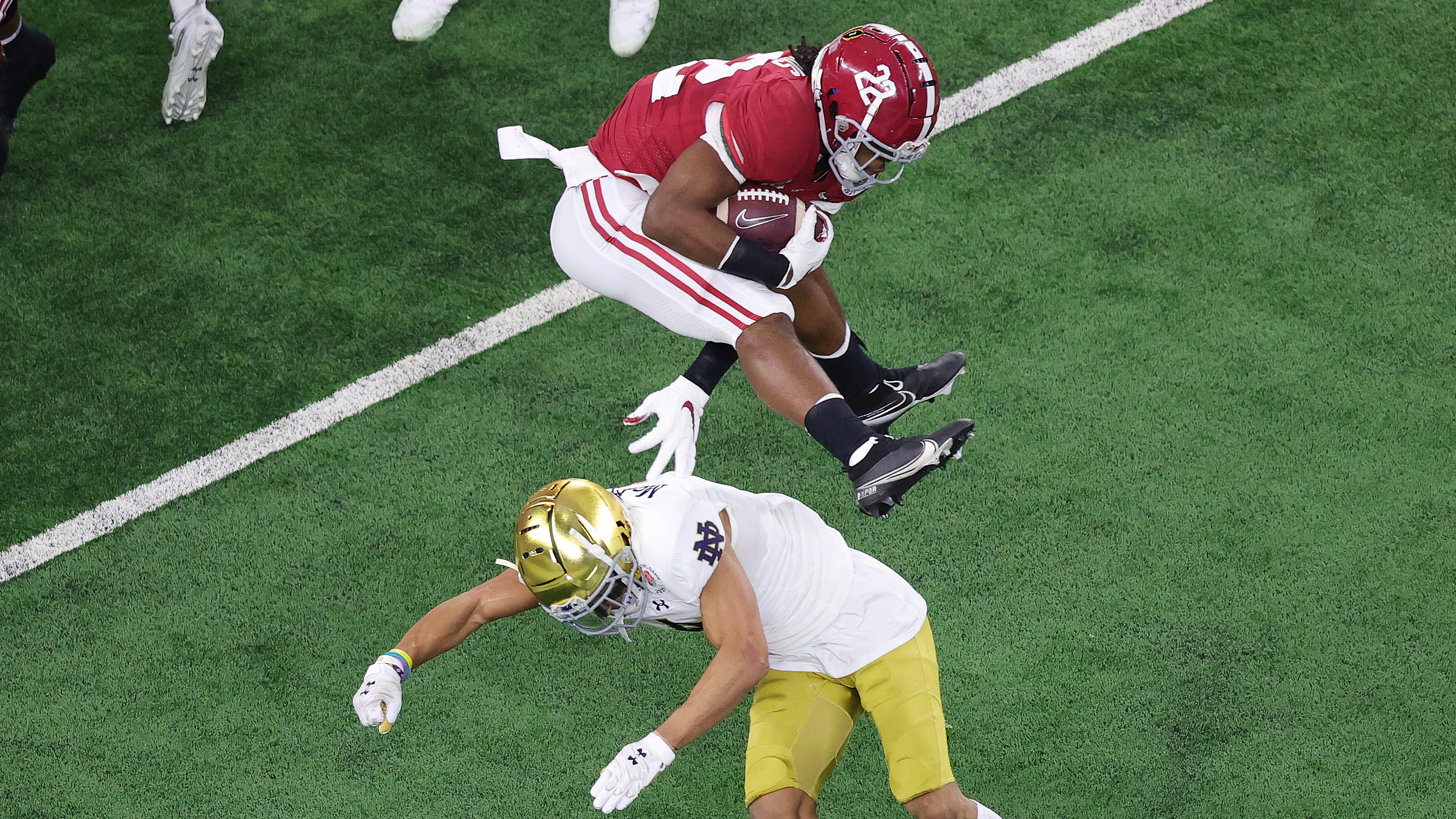 College football fans who don’t follow Alabama or running back Najee Harris were treated to a rarely seen spectacle in Crimson Tide’s 31-14 loss to Notre Dame in the Rose Bowl.

Harris, all 6-2, 230 pounds from him, jumped over Notre Dame’s 6-foot defensive back Nick McCloud en route to a 53-yard gain. That McCloud tried to take on Harris from the top instead of the bottom only makes the feat all the more impressive:

For those watching the Crimson Tide, however, Harris’ obstacle was just the latest in a long line in Alabama; he’s been known to take out defenders since his first campaign. Said his teammate DeVonta Smith after the game: “It’s what he does regularly. It’s just something we normally see.”

MORE: Will Jaylen Waddler return to play in the CFP championship?

Prior to his obstacle on McCloud, Harris’s signing move could have come against South Carolina the year before, when he caught a pass out of the backfield from Tua Tagovailoa, an armed defenseman, threw another and took broke a final tackle en route to a 42-yard touchdown reception.

Indeed, it is a movement that Harris has made use of since his days in high school in Antioch (California), where he was the Player n ° 2 of the 2017 promotion.

Alabama coach Nick Saban, for his part, did his best to keep Harris from playing at such highlights, as he revealed after the Notre Dame game:

“I’m actually trying to teach him not to do it,” Saban said, “but it didn’t work.

Unlike Harris’ obstacles, there is nothing fantastic about how or why he started the practice. When asked about it ahead of the CFP title game, the Alabama running back said it was just a way to avoid painful tackles.

So there you have it: a banal origin to a movement otherwise worthy of a reel. Whether Harris can fly to college again remains to be seen. We’ll know when the No. 1 Alabama faces the No. 3 Ohio State at 8 p.m. ET in the college football playoff championship game on Monday.