“Our own freedom has been our greatest enemy” 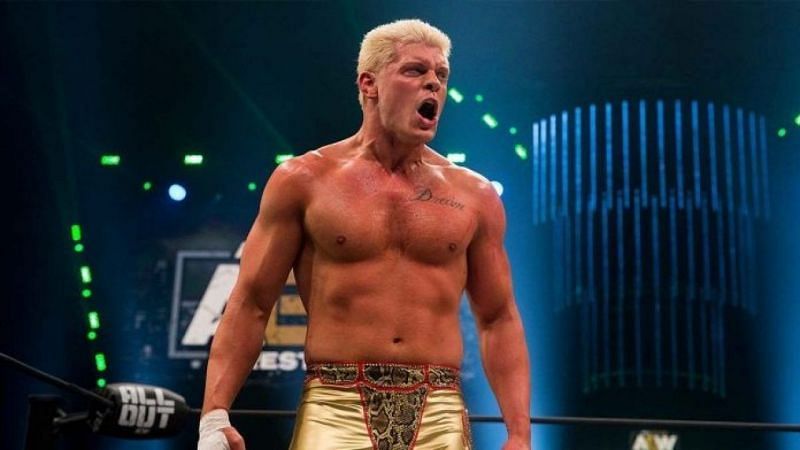 AEW Dynamite debuted in October 2019. Their first show was live in Washington DC in front of a sold-out arena of enthusiastic and energetic fans.

Much has changed for the company in just over a year, and Executive Vice President Cody Rhodes is no stranger to that reality. He also knows that the business is not perfect and that there is room for it to improve in the future.

Rhodes was the guest of the last edition of AEW wrestler Chris Jerichothe highest rated podcast of, Talking is Jericho. When Jericho asked Rhodes where AEW could improve things in the future, The American Nightmare had a lot to say on the subject.

“One of our biggest pros is also our biggest downside, no pun intended. It’s that we have such freedom. So such freedom sometimes means things are too similar on the same show. well, this guy is asking me to join the FTW team, and this group, they’re asking if he’s gonna join … it’s one of those areas where that freedom is fun and professional, and it’s like s ‘They didn’t care about the traditional rules, it’s punk rock, but you also have to be disciplined not to desensitize the show. For me, a show has to work a bit like a promo works. There has to be this. start there has to be that rise in the middle, then there is heat, and then there is a big ending. It has to be like a flow. For me, eight times out of ten, we have the right flow. But the night we didn’t, it’s because our own freedom has been our biggest enemy, but I prefer that to an emitted sion C + disinfected. “

Cody ranks first year of AEW as an “A”

Jericho also asked Rhodes to reflect on his freshman year and more in the business. He also wanted to know if being a wrestler and a member of the AEW leadership was more difficult than he thought. Rhodes replied:

“Someone asked me to rate it. Of course in the business you are not going to give it a bad mark, but I said” A, and there is room for an A +. “We know where we need to grow This has been AEW’s first year, if it had been last year thank God it wasn’t, it was always the best year of my life. I learned a lot of lessons. I learned hard lessons about the burdens of management. If you were popular before, you certainly won’t be when you step into this space. “

How do you think AEW’s first year went? What changes would you like to see the company implement this year? Let us know by making your voice heard in the comments section below.