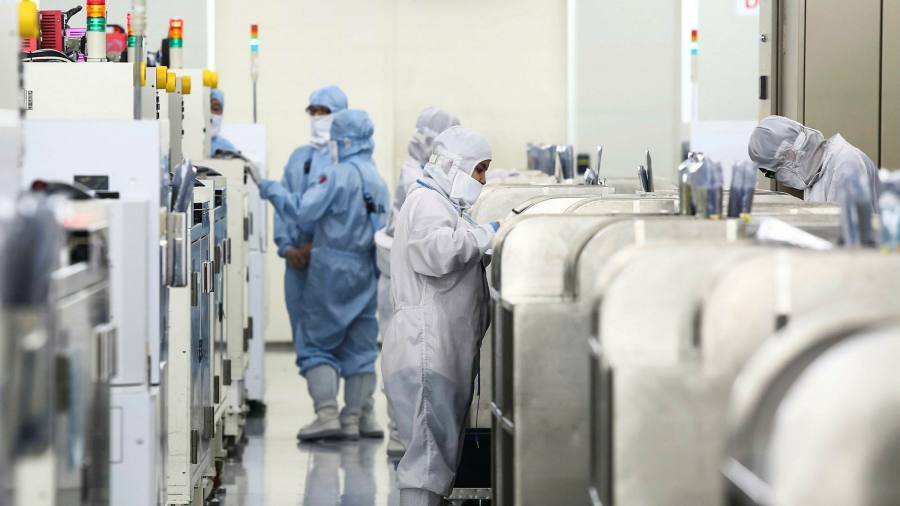 
The human resources managers at Hwa Meei Optical are working overtime. The Taiwanese manufacturer of sunglasses and eyewear is looking to hire 30 workers, many of them urgently, for a new factory.

Having based most of his production in China for more than two decades, Hwa Meei is now thriving at home. A new factory in Taiwan, opened earlier this year, will create 180 jobs and is part of a plan to expand the group’s footprint into higher margin products.

Hwa Meei is not an outlier. Hundreds of thousands of Taiwanese companies are bidding farewell to China amid rising costs and trade tensions between Washington and Beijing, marking a sea change for the Taiwanese business landscape with significant implications for global manufacturing.

“I am seeing a structural collapse in the ranks of Taiwanese companies in China,” said Liu Jen, editor-in-chief of CRIF China Credit Information Service in Taipei.

According to its survey, revenues grew by less than half of the 1,000 largest Taiwanese companies in China last year, and their total net profits before tax fell by more than a fifth to their lowest level in nine. years. “The era of cross-strait industrial co-prosperity is over,” Liu said.

Since the late 1980s, Taiwanese companies have received the approval of a 191 billion dollars investments in mainland China, where they were partly attracted by lower operating costs. This makes the country one of the largest foreign investors in China, which is by far the number one destination for Taiwanese groups for foreign direct investment.

Their massive push into China has been both a blessing and a curse, analysts said.

Many pioneers made windfall profits and experienced massive growth. Revenue at Apple supplier Foxconn, which established its first factory in China in 1988, has grown 65 times to reach NT $ 97.8 billion ($ 3.5 billion) in the decade since its initial public offering in Taiwan in 1991 , and soared to NT $ 5.3 billion last year. “If it hadn’t put manufacturing in China, the company would never have become the world’s largest contract electronics maker,” Liu said.

Taiwanese executives say their big, low-cost neighbor was a natural fit for companies looking to increase their market share by expanding manufacturing while reducing costs. “It’s what we’ve all been doing for 30 years, and now it’s what we do best,” said the CFO of a Taiwanese electronics company.

We just left 95% of the profits to our customers. It’s a slave mentality

On the flip side, the possibility of simply relocating production to China to lower operating costs has led many companies to shy away from more sustainable ways of increasing their competitiveness. “Because we speak the same language and in China the cost is low, they forgot to transform – making more added value [products], building their own brands, ”said CY Huang, a Taipei-based investment banker. “Now is a crucial time for change.”

The default strategy of Taiwanese companies has been undermined by Washington’s trade war with Beijing and efforts bring out china global supply chains. Most of Taiwan’s major contract electronics manufacturers are now relocating parts of their supply chains to Southeast Asia and India, as well as home.

Small and medium-sized enterprises in sectors such as textiles, footwear, furniture, auto parts and machine tools – some of which had transferred almost all of their activities to China in recent decades – have also suffered hardships. pressures.

Labor costs have increased and Beijing is no longer offering incentives to these industries, which also face stiffer competition, intellectual property theft and nationalist policies.

As a result, annual investment flows from Taiwan to China have been declining since their peak in 2010, the year Beijing and Taipei signed a commercial agreement. Last year, FDI to China fell by more than half. As of 2017, Taiwanese companies have been sending more money from the country than they are sending there.

Hota, a Taiwanese auto parts maker and supplier to Tesla that has focused production in China since 1999, is now expanding its business at home. The company is building a new factory in Chiayi, southwest Taiwan, which will serve markets other than China from next year.

“Overall, I have seen Taiwanese companies diversifying or de-emphasizing investments on the mainland, and there are companies that cannot or do not want to invest there, but I think there is little examples of companies whose operations there are completely giving up, ”said Chris Ruffle, a veteran investor from Taiwan. “The attraction now is the huge potential market and no longer the cheap labor.”

Some Taiwanese companies are exploring new strategies. Hota, for example, is investing in other auto parts manufacturers to diversify its business.

Tech companies are also stepping up acquisitions. GlobalWafers, a maker of silicon wafers used by chipmakers, agreed in December to acquire German rival Siltronics, strengthening its position in Europe.

In June, the component manufacturer Yageo bought small US competitor Kemet in a deal that could make it less vulnerable to cyclical trends in the electronics industry.

“China’s option has put us on this path of serving our master, and we’ve done it too well,” he said. “We just left 95% of the profits to our customers. It’s a slave mentality – what is left in Taiwan at the end of the day? ”

Video: Will China and the United States Go to War over Taiwan?
Share
Facebook
Twitter
Pinterest
WhatsApp
Previous articleCyberpunk 2077 wiki guide – IGN
Next articleCordarrelle Patterson’s F-bomb is picked up during Nickelodeon’s playoff broadcast, and the reaction is hilarious
- Advertisement -

MyTheresa, the German online luxury retailer, was valued at $ 2.2 billion when it went public in New York on Wednesday, highlighting the...
Read more
Business news

The coronavirus pandemic has seen Chinese venture capitalists retreat to the safety of big names in favored industries, thinning the ranks of tech...
Read more