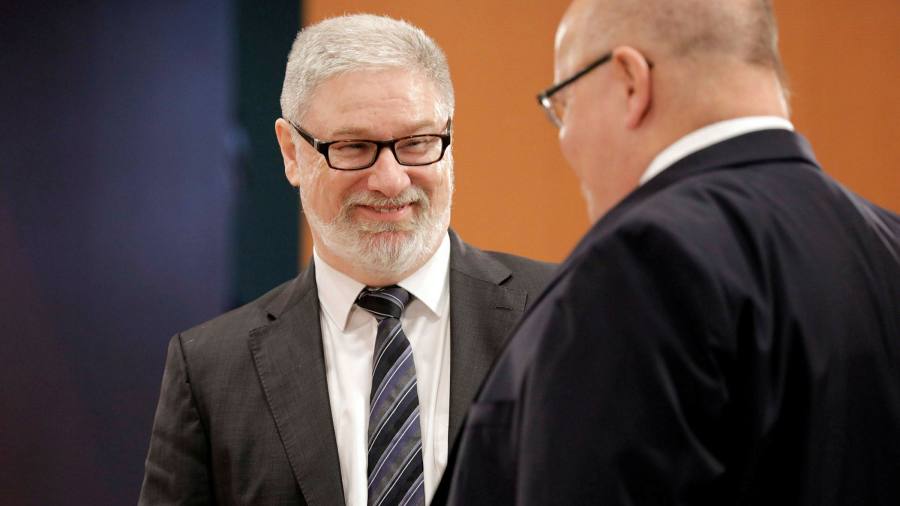 
One of Angela Merkel’s cabinet assistants defended the Chancellery’s lobbying for Wirecard, saying he was unaware of financial irregularities in the disgraced payment company at the time.

Lars-Hendrik Röller, chief economic adviser to Ms Merkel, was asked about his role in the Wirecard scandal Tuesday by deputies who are investigating possible regulatory failures by German authorities in the case.

MPs wanted to know why he recommended Merkel push for Wirecard during an official trip to China in September 2019. The trip came months after whistleblowers raised serious concerns about payment processor fraud which sparked a police investigation in Singapore.

Mr Röller said that Wirecard fulfilled the two main criteria for such lobbying decisions: it had business in the country Ms Merkel was visiting and it was seeking to penetrate the financial services market of that country, which “was at 100 % in the interest of Germany ”, and“ In line with government policy ”.

At the time, Wirecard was trying to break into China by acquiring a Chinese payments group, Allscore Financial. To seal the deal, it took the approval of the Chinese regulator, the People’s Bank of China. Ms. Merkel raised the issue with her Chinese interlocutors during her trip.

Why should we have had a critical attitude [to Wirecard]?

“At the Chancellery, we had no information about serious financial irregularities [at Wirecard]», He declared to the deputies. “From our current perspective, I see it differently.”

Wirecard announced last June that it lacked € 1.9 billion in cash in its accounts. Within a week, it collapsed into insolvency and 13 billion euros of stock market value was wiped out, which became the worst accounting scandal in post-war German history.

Mr Röller said he received an email from a Wirecard lobbyist on September 3, 2019, two days before Ms Merkel’s trip to China, about the Allscore deal and the need for approval of the PBoC. He said he forwarded it to the chancellery department which was preparing for the trip and requested that it be included in a dossier of matters to be raised during his official talks.

He said it is not customary for the Chancellery to conduct a “forensic” investigation into a company seeking the Chancellor’s support. He said that without the company’s supervisory board, its auditors and the German financial market regulator raising red flags. BaFin, “It is difficult for us to behave otherwise”.

“Why should we have had a critical attitude [to Wirecard]? . . . It was a company listed on Dax.

He said the finance ministry did not report any problems to Wirecard prior to Merkel’s trip to China and did not recommend that she refrain from talking about the company during talks with Chinese officials. “If we had known [about irregularities at the company] we would have taken that information into account, ”he said.

Mr Röller said the Wirecard scandal was “very alarming” and “very bad for Germany as a financial center”.