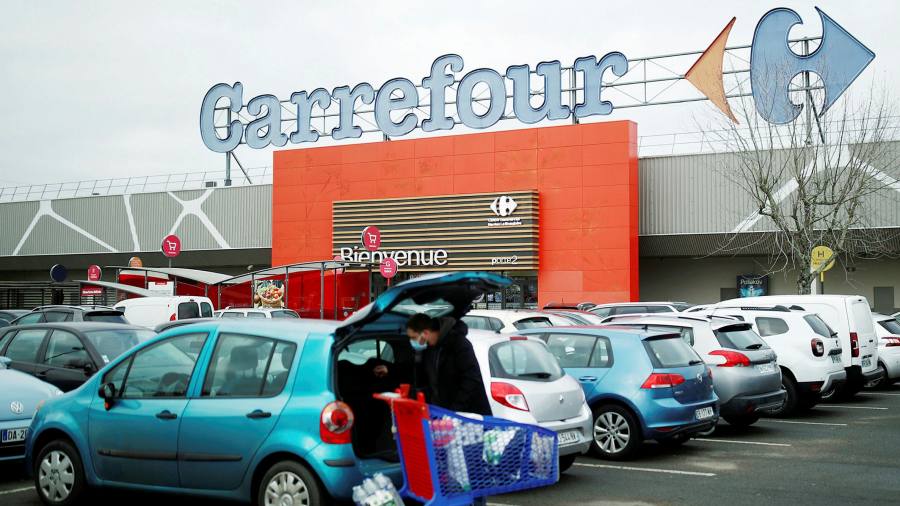 
The French Minister of Finance has spoken out against a plan to buy 16.2 billion euros from the supermarket chain Carrefour by the Canadian group of convenience stores Alimentation Couche-Tard, saying that this would jeopardize “food sovereignty” from the country.

The intervention of Bruno Le Maire, who only came one day after discussions between the two companies have been revealed, are sure to complicate matters for the Quebec company best known for its Circle K stores and gas stations.

“Carrefour is the leading private employer in France and a key link in the chain which ensures the food security of the French,” Le Maire said in a television interview Wednesday evening.

“The stake is nothing less than the food sovereignty of France. So the idea that Carrefour could be bought by a foreign competitor, at first glance, I am not in favor of such an agreement.

Although Couche-Tard took the trouble to say that it wanted a “friendly rapprochement” with Carrefour since it was proposing an initial offer of € 20 per share, its much larger market capitalization leaves no doubt that it would be at orders if the acquisition went through.

Investors greeted the news that the two groups were in buyout talks with surprise Wednesday given their different operations and geographic footprints. Carrefour shares ended the day up more than 13% to € 17.54, while those of Couche-Tard fell 10%.

“The Carrefour shareholders I spoke to today are intrigued, but there is a bit of questioning as to whether the offer will fly and what Couche-Tard will bring to the table,” Sreedhar said. Mahamkali, a retail analyst at UBS.

“Couche-Tard is clearly a very good operator with a reputation for focusing on cash flow and profit,” he added, but “there is a lack of obvious synergies and strategic merit”.

It remains to be seen whether the ongoing negotiations between the two parties will continue after Mr Le Maire takes a stand on the government’s position. Analysts said the deal was unlikely to result in job cuts in France since Couche-Tard was not already in the market and food retailing was not a business that could be relocated.

Mr. Le Maire said that acquisitions of companies deemed strategic would fall under the French investment control mechanism and would require state approval.

If the government’s objections can be overcome, the fate of any deal will also largely depend on the perspective of Carrefour’s three main shareholders, who together control around 23% of the shares and enjoy double voting rights under French law. securities.

Among them, the richest man in France, the billionaire founder of LVMH Bernard Arnault, whose family holding company holds 5.6% of the capital. He invested in 2007 when the Carrefour share price was around € 55, and his son Alexandre now sits on the board of directors.

Brazilian billionaire Abilio Diniz owns 7.5% and has been an investor in Carrefour’s Brazilian business – its second market after France.

Another wealthy French family, les Moulins, owner of the Galeries Lafayette department store group, are the largest shareholder with a 9.9% stake in Carrefour and have been invested since 2014.

Carrefour did not comment on Wednesday after having declared Tuesday evening that “the discussions are very preliminary”. Carrefour chief executive Alexandre Bompard is in the midst of a turnaround plan aimed at boosting profitability, but the shares are trading at a discount to their European peers.

In a statement, Couche-Tard said a deal could not be certain. “The terms of the transaction are under discussion and remain subject to due diligence, but the counterparty should currently be overwhelmingly in cash,” he added.

The Canadian company was co-founded in 1980 by entrepreneur Alain Bouchard, who remains chairman of the board. It has since grown largely through acquisitions to reach a market value of $ 37 billion. Carrefour’s move appears to be aimed at diversifying its business into a new segment of the retail market – groceries – while pushing Couche-Tard further into Europe and Latin America.