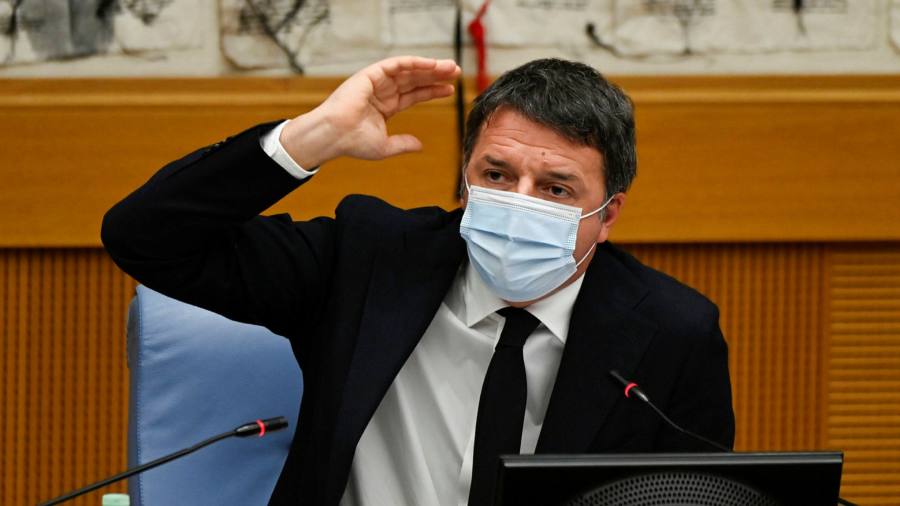 
The Italian government was plunged into crisis on Wednesday night after the resignation of three ministers from the ruling coalition cast doubt on Prime Minister Giuseppe Conte’s future.

The departures came as Matteo Renzi, the former Prime Minister and leader of the small Italia Viva party, withdrew his support from Mr. Conte’s coalition. The move follows weeks of sustained criticism of the government’s economic response to the coronavirus pandemic.

“There will be a reason if Italy is the country with the highest death toll and GDP collapse,” Renzi said, accusing the government’s handling of the pandemic of resignations.

“It is much more difficult to leave your post than to cling to the status quo,” he added, arguing that his decision was in the best interest of the country.

Earlier today, Mr Conte met with Italian President and Head of State Sergio Mattarella and said a government crisis would be punished by voters.

Mr Conte said: “I believe that a crisis would not be understood by the country at a time when there are so many challenges.”

Mr Conte may now need to seek Mr Mattarella’s permission to attempt to form a new government without lawmakers from Mr Renzi’s party. To do this, he will have to convince members of other small parties or possibly separatist members of Forza Italia of former Prime Minister Silvio Berlusconi.

If Mr Conte is unable to muster a new majority, it is possible that Mr Mattarella will pave the way for the formation of a new government without him. Early elections, which only the Italian president has the power to call, are unlikely to take place during the pandemic, or before all other parliament options have been exhausted.

Mr Renzi played a pivotal role in pushing the center-left Democratic (PD) party into coalition with the Five Star Movement in 2019, allowing Mr Conte to remain prime minister after the collapse of the previous Italian coalition.

Mr Renzi then left PD to form Italia Viva and has since become a fierce critic of the Prime Minister, arguing that his plans to spend around € 180 billion in the EU post-pandemic recovery fund are inadequate.

Mr. Conte, who was an obscure law professor before being chosen to lead the previous Italian government coalition between Five Star and Matteo Salvini’s League in 2018, has no political party of his own. As a result, he might find it difficult to justify staying as prime minister if a new coalition were to be formed.

He faces a scramble to find enough lawmakers to restore the majority in Italy’s upper house that he was deprived of when Mr Renzi’s Senators IV withdrew their support. Yet even if he succeeds, the result could be a weakened government at a time of acute national crisis.

“If Conte finds enough parliamentarians to make up for the exodus of the Renzi-ites, the next question will be, yes Conte is alive, but what kind of life are we talking about?” said Francesco Galietti of the risk consulting firm Policy Sonar. “His government would then be very weak.”

Some coalition lawmakers have criticized Renzi for orchestrating a government crisis during a pandemic. “A big mistake made by a few and which we will all end up paying,” Andrea Orlando, deputy leader of the Democratic Party, said of the decision.

What would you do if your boss announced that the last perk at work was free breakfast at the Waffle House?How about the...
Read more