Conspiracy theorists are destroying a rational society: resist them 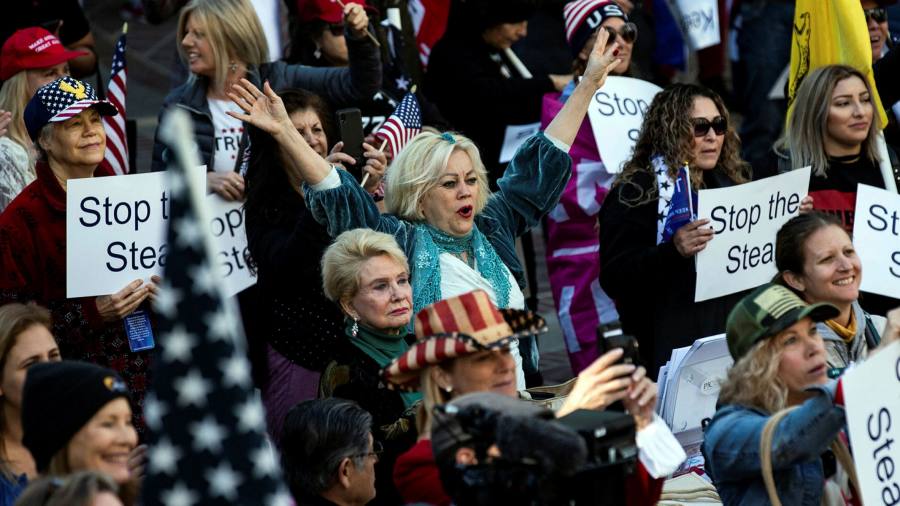 
Buzz Aldrin’s reaction to the conspiracy theorist who told him the moon landings never happened was understandable, if not excusable. The astronaut The strike in the face.

Few things in life are more boring than engaging with cranks who refuse to accept evidence that disproves their conspiratorial beliefs – even if violence is not the recommended response. It might be easier to dismiss these conspiracy theorists as harmless eccentrics. But while this is tempting, it is often wrong.

As we saw during the Covid-19 pandemic and mob assault on the US Congress last week, conspiracy theories can infect the real world – with lethal effect. Our response to the pandemic will be undermined if the anti-vaxxer movement persuade enough people not to get the vaccine. Democracies will not last if many voters refuse to accept certified election results. We need to refute unproven conspiracy theories. But how?

The first thing to recognize is that skepticism is a virtue and that critical examination is essential. Governments and businesses conspire to do bad things. The powerful must be effectively held accountable. The US-led war against Iraq in 2003, to destroy weapons of mass destruction that never existed, is an excellent example.

The second is to re-emphasize the importance of experts, while accepting that there is sometimes a range of expert opinions. Societies must base their decisions on the opinions of experts in many fields, such as medicine and climate change, otherwise there is no point in having a debate. Rejecting expert opinion, because Michael Gove did it during the Brexit referendum campaignis to erode the foundations of a rational society. No sane passenger would board a plane flown by an unqualified pilot.

In extreme cases, corporations may well decide that conspiracy theories are so harmful that they must suppress them. In Germany, for example, Holocaust denial is a crime. Social media platforms that do not remove this content within 24 hours of reporting it are subject to a fine.

In Sweden, the government is even setting up a psychological defense agency to fight disinformation. A study published this week by the Oxford Internet Institute found that “computer propaganda” is currently spreading in 81 countries.

Viewing conspiracy theories as political propaganda is the most useful way to understand them, according to Quassim Cassam, professor of philosophy at the University of Warwick who wrote a book on the subject. According to him, many conspiracy theories support an implicit or explicit ideological goal: opposition to gun control, anti-Semitism or hostility towards the federal government, for example. What matters to conspiracy theorists is not whether their theories are true, but whether they are attractive.

So, as with propaganda, conspiracy theories must be as relentlessly opposed as they are propagated.

This poses a particular problem when someone as powerful as the US president is the one shouting the theories. Amid huge controversy, Twitter and Facebook suspended Donald Trump’s accounts. But Professor Cassam says, “Trump is a mega disinformation factory. You can dismantle it and approach the supply side. But you still have to worry about the demand side. ”

On this front, schools and universities should do more to help students distinguish fact from fiction. Behavioral scientists say it’s more effective to “pre-bunk” a conspiracy theory – by allowing people to dismiss it immediately – than to debunk it later. But demystification also serves a purpose.

In 2019, there was 188 fact-checking sites in over 60 countries. Their ability to inject facts into any debate can help sway those curious about conspiracy theories, even if they fail to convince true believers.

Some activists even pleaded for “cognitive infiltration” extremist groups, suggesting that government agents should step into online chat rooms to expose conspiracy theories. It may work in China but is only likely to backfire on Western democracies, triggering an explosion of new conspiracy theories.

At the end of the day, we cannot reason people on beliefs in which they have not reasoned. But we can and must punish those who profit from harmful irrationality. There is a proven method to counter politicians who peddle and exploit conspiracy theories: reject them.

Hello. It may have been a somewhat subdued and socially distant affair in Washington yesterday - THE LOWEST. INAUGURATION.TURNOUT. IN....
Read more
Business news

When the All Blacks next take to the rugby field to perform the prematch haka, a ceremonial war dance invoking New Zealand’s ancient...
Read more