Italian coalition parties back Prime Minister Conte after his resignation 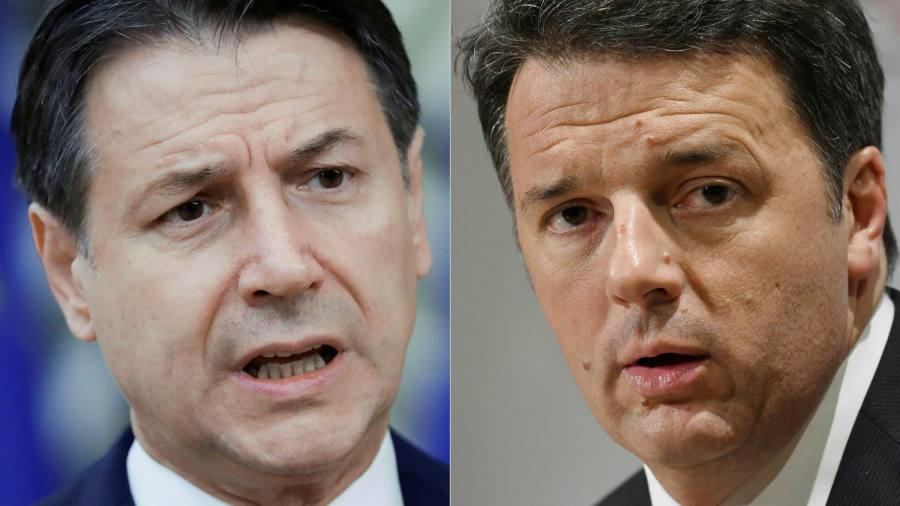 
Leaders of the two largest parties in the Italian government have given their support to Prime Minister Giuseppe Conte after the resignation of three ministers yesterday left him scrambling to keep his coalition together.

Mr Conte’s government was plunged into crisis on Wednesday after Matteo Renzi, the former Italian prime minister, announced that three ministers from his small Italia Viva party were leaving the coalition, blaming dissatisfaction with his response to the pandemic of Covid-19.

There have been more than 80,000 deaths in Italy since the outbreak of the pandemic last February, the second highest number in Europe. The country is also struggling with an economic recession.

Nicola Zingaretti, leader of the PD, said that Mr Renzi had “made a mistake against Italy”. “In these difficult months, Italy was able to count on the commitment of Giuseppe Conte,” he wrote on Twitter, adding the hashtag “forward with Conte”. Vito Crimi, Interim Leader of Five Star, tweeted the same hashtag and wrote: “At this time of crisis, there can be no other thought than to continue working for the good of the country and its citizens” .

Mr Conte, who has served as Prime Minister since 2018 in two different coalition governments, is a former law professor without a political party. Therefore, he cannot automatically count on the support of the PD or the Five Star Movement.

Mr Renzi on Wednesday compared Mr Conte’s handling of the pandemic response to “a reality show,” said he had dismissed the Italian parliament and criticized plans to spend money given to the Italy by the EU post-pandemic recovery fund. If Italia Viva is small, it commands enough lawmakers in Italy’s upper house to deprive the current coalition of a majority.

Mr. Renzi’s personal popularity is low, however. A poll by Ipsos and published in the Corriere della Sera earlier this week, before his party ministers left the snack, showed that only 13% of voters believed he was acting in the national interest.

When asked in the same poll to choose between Mr Conte and Mr Renzi, 51% of respondents said they prefer the former and 27% the latter, with 35% saying they don’t know.

Mr Conte must now try to find enough lawmakers to fill the void left by Mr Renzi’s party. The prime minister is seeking to woo so-called officials not affiliated with the coalition to forge a new parliamentary majority.

If he is unable to do so, he could be forced to offer his resignation to Italian President Sergio Mattarella, the supreme arbiter of Italian politics who has the power to call a new general election. If Mr Conte resigned, Mr Mattarella would ask the biggest parties in the current parliament to try to form a new coalition without him.

Mr Conte could also temporarily take over the responsibilities of the outgoing ministers of Italia Viva and try to come to an agreement with Mr Renzi to support a new government in one form or another.

Mr Renzi did not rule out this possibility during a press conference on Wednesday. He also said he did not think there would be an early election.

The next general election is not due until 2023 and few lawmakers expect a snap poll to be one of the options Mr Mattarella is considering at a time when Italy suffers from health and economic crises. Italia Viva polls with single digits in national opinion polls and would risk being wiped out in an election.

Lorenzo Codogno, a former chief economist at the Italian Treasury Department who now runs a consultancy firm, wrote in a note to his clients that a snap election was “technically feasible” but highly unlikely.

In case Mr Conte is unable to find a way to forge a new coalition, Mr Codogno said: “President Mattarella could be forced to launch a caretaker government, if health experts suggest holding an election is not feasible ”.

The UK has edged out other major advanced economies in the coronavirus vaccination race and had inoculated nearly 6% of its population by...
Read more
Business news

WHO warns of global ‘moral failure’ of the blows

World Health Organization chief warned the world was on the brink of 'catastrophic moral failure', with poor countries lagging behind rich countries in...
Read more