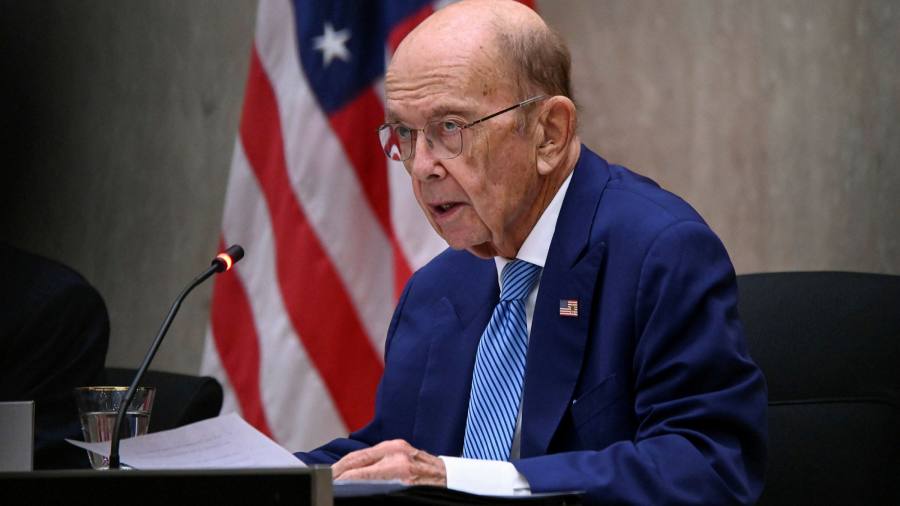 
The U.S. Department of Commerce finalized new rules to make it easier for the federal government to prevent Americans from importing technology from China and other U.S. adversaries it says could threaten national security.

The new rule, covering software such as that used in critical infrastructure and hardware, including drones and surveillance cameras, gives new powers to the Secretary of Commerce to issue licenses or block imports.

While this also applies to technology imports from Iran, Russia, North Korea, Cuba, and the Venezuelan regime of Nicolás Maduro, the main impact is on China – the latest in a series of actions in the last days of the Trump administration aimed at putting pressure on Beijing.

The rule will take effect in 60 days and will implement an order that Mr. Trump signed in 2019 to protect US supply chains related to communication technology and services.

“President Trump is committed to protecting the national security of all Americans, and the implementation of this rule is a pivotal moment in this administration’s efforts to put America first and hold bad actors accountable. Said Wilbur Ross, US Secretary of Commerce.

The move came the same day the Commerce Department placed the Chinese National Overseas Oil Corporation on the “list of entities– a blacklist that will make it difficult for US companies to export equipment or technology to the company. Mr Ross said Cnooc acted as a “tyrant” for the Chinese military to facilitate intimidation from China’s neighbors.

Referring to the new technology import rule, a Commerce Department official referred to recent examples of hacking that illustrate the risks to U.S. supply chains.

Last year, the US Department of Justice indicted two Chinese people working with the Department of State Security – China’s intelligence service – with allegedly leading a global hacking campaign targeting US intellectual property. The official said the United States wanted to stress to companies that they needed to do more due diligence when it comes to technology imports.

The rule applies to six categories of technology – software and hardware – ranging from products used in critical infrastructure and telecommunications networks to artificial intelligence and quantum computing.

This could also apply to apps that collect user data or, for example, drones and network surveillance cameras that use cloud services to store data.

Under the rule, U.S. government agencies can escalate concerns to the Commerce Department, which could then approve imports, block them, or require changes to mitigate any risk. The rule also provides a mechanism for requesting a license before importing a technology in order to avoid the risk of seeing it rejected later.

The focus on China comes at the end of an administration that has taken many aggressive steps to suppress what it says are threats posed by China-owned technology. These include a ban on the use of Huawei’s technology and an attempt to ban Americans from using TikTok, the popular short video app – although the latter effort has been thwarted by the courts.

The Pentagon is also preparing to add more Chinese companies to a list of companies suspected of having links with the Chinese military. Under an order issued by Mr. Trump in November, Americans are closed off invest in the securities of these designated Chinese companies and many of their subsidiaries.

Two people familiar with the situation said the Pentagon will add nine Chinese companies to the list, potentially as early as Thursday.