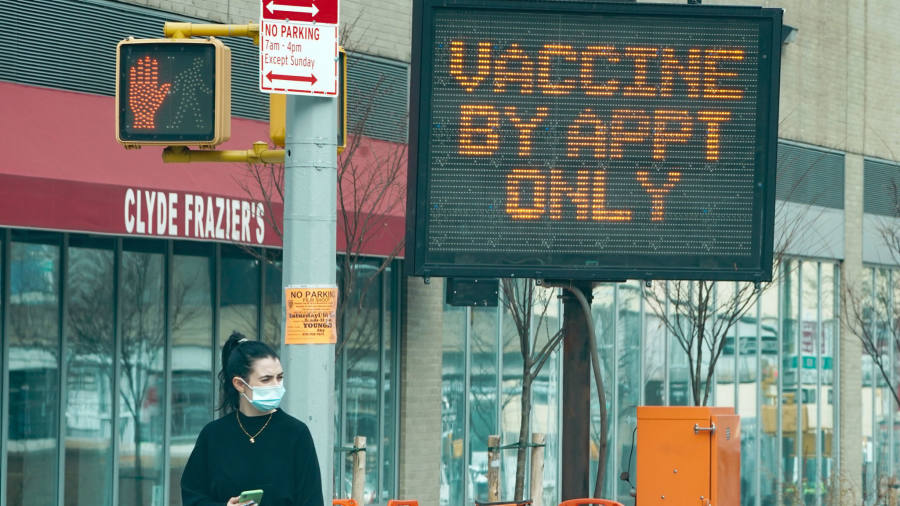 
U.S. states reported 215,000 new coronavirus cases and at least 3,695 deaths on Saturday, according to a leading data index.

As the number of cases continues to decline in the Midwest, reported deaths are still more than triple what they were in October, the Covid Tracking Project reported.

Deaths are 50 percent higher than the region’s worst northern spring, he added.

CTP said the number of new cases and hospital admissions is at “very high absolute levels” but that the two measures have “stabilized” in all regions.

With more than 2m of testing completed on Saturday, the seven-day testing average is at an all-time high, CTP said.

The CTP said data would be disrupted next week due to Martin Luther King’s vacation on Monday and the presidential inauguration on Wednesday.

“Some states have already announced future delays in reporting,” the PTC said over the weekend.

Last week, the CTP demanded that the US government release more data to give a clearer picture of the pandemic.

“The demographics of many states are surprisingly incomplete,” CTP co-founder Erin Kissane and Alice Goldfarb, who heads the CTP Racial Data Tracker, wrote in The Atlantic.

“Even widely collected information, such as the age of patients at diagnosis or death, is presented in such an inconsistent manner that it has been impossible to pull it together into a clear national picture,” they added.

“The [US Centers for Disease Control and Prevention] publishes data on vaccine distribution and first doses given – which is a good place to start – but it has yet to release any demographic data, ”Ms. Kissane and Ms. Goldfarb wrote.