EU and BioNTech / Pfizer clash over reduction in vaccine deliveries 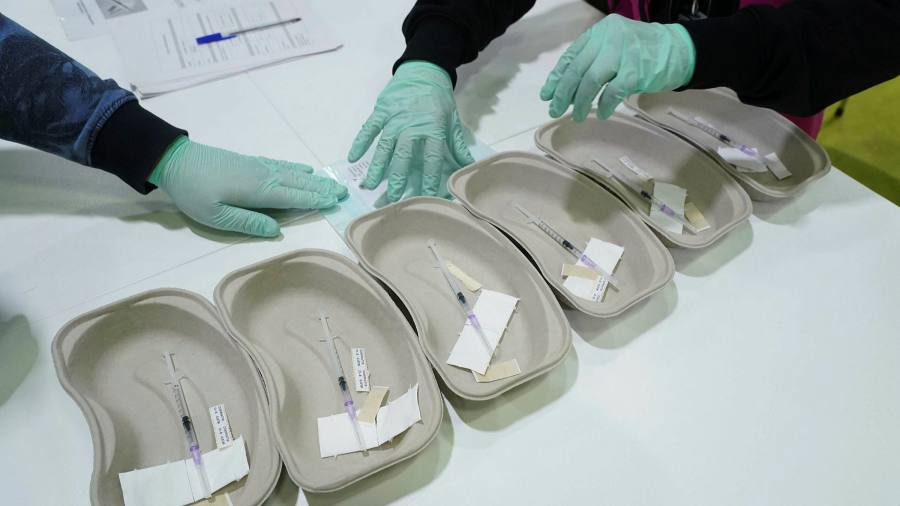 
A decision by Pfizer and BioNTech to reduce the number of vaccine vials they send to European countries has forced health officials to slow vaccination plans, with at least one EU member state threatening legal action as a result. as tensions over scarce supplies intensify.

The manufacturers’ move follows a decision by the European Medicines Agency this month that six doses can be extracted from each BioNTech / Pfizer vial instead of five, after medical professionals found it often there was additional vaccine left.

Pfizer and BioNTech’s contracts with governments are for fixed dose numbers and the companies have responded to the adjusted guidelines by reducing the number of vials they ship. But to make sure that six doses are extracted, healthcare providers must use a special type of needle, called a low dead volume syringe.

Health officials across Europe have warned that this process is difficult and that changing delivery volumes have prevented them from completing immunization schedules for those who were first vaccinated in December and early in the year. month.

The health authority for the German city of Hamburg said the change meant they were now receiving around 20% fewer vaccines than their previous distribution.

“We used to receive six vials for 30 doses of vaccine that we ordered. Now we only get five, ”said Melanie Leonhard, Hamburg Minister of Health. “Due to this further tightening of supply, the situation in the regions is now even worse.”

The impact of the new EMA guide on doses per vial has been exacerbated by another drop in supply caused by the reconfiguration by Pfizer of its manufacturing plant in Belgium. This deficit is expected to be resolved by the end of the week, but the two issues have strained relations between business and governments.

Italy said a 29% drop in the number of BioNTech / Pfizer vaccine doses it was receiving is expected to continue beyond this week.

“The vaccination campaign cannot be slowed down, especially when it comes to administering second doses to Italians who have already received the first,” he said.

BioNTech referred the FT to Pfizer’s statement and declined to comment further.

Given the EMA’s guidelines, Pfizer believes it is fair to fulfill its contractual obligations with European countries and use the remaining doses to supply the developing world, according to a person familiar with the matter. The United States Food and Drug Administration and the British Medicines Regulator have also indicated that six doses can be taken from each vial.

Pfizer and the European Commission held an emergency phone call on Tuesday in which they discussed ways to ensure countries could all extract a sixth dose from each vial and times for future deliveries, people told of the call.

Some EU member states are calling on Brussels to take a firm line with Pfizer and other vaccine suppliers.

“We need the committee to be not only a coordinator, but also a fierce negotiator with pharmaceutical companies, speaking on behalf of 450 million Europeans,” said a European diplomat. “Only a firm position will allow 70% of the adult population to be vaccinated by the summer,” added the official, referring to an EU target released by Brussels this week.

The committee said in a statement to the FT that the agreed delivery of vaccine doses “must be respected by the company”. He said the extraction of the sixth dose was “very welcome”, but stressed that no single dose or vial should be wasted.

The UK’s supply contracts with BioNTech / Pfizer are also for doses rather than vials, and UK regulatory guidelines allow for the extraction of a sixth dose where possible. The government said it was staying “in close contact” with all providers so that it could meet its goal of vaccinating all over 70s by February 15.