QAnon faces crisis as reckoning day does not materialize 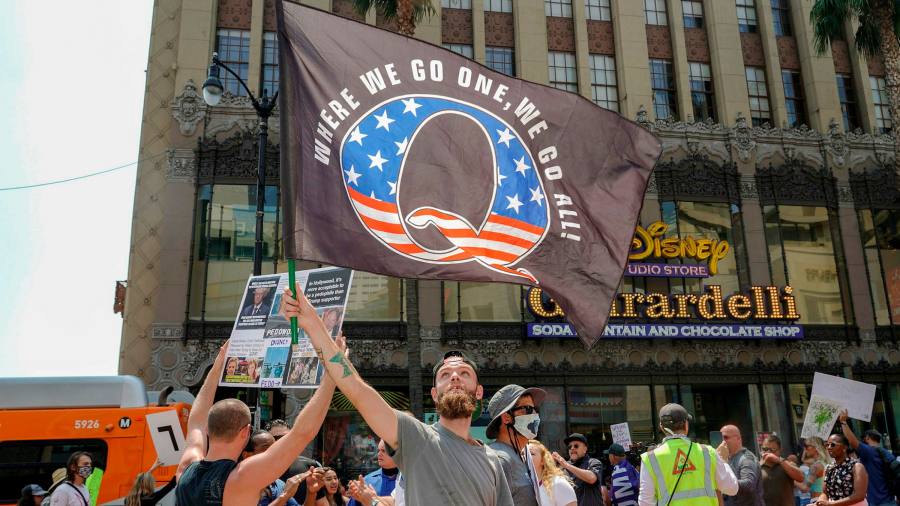 
QAnon adherents call it “the storm”. At noon on Wednesday, there were to be blackouts in the United States, military tribunals led by Donald Trump and mass executions of Democrats on the streets.

This does not happen. Instead, Joe Biden was inaugurated as the 46th U.S. president and pro-Trump conspiracy cult anticipated reckoning day did not materialize, disappointing worshipers.

“QAnon believers invested all of their remaining hopes in false beliefs that Trump would take action to validate their theories before or during the inauguration,” said Jared Holt, an extremism researcher at the Digital Forensic Research Lab. ‘Atlantic Council. “For some followers watching Biden and (Vice President Kamala) Harris sworn in was a breaking point in their beliefs.”

For many people, it will not be easy to turn back. The engagement cycle was too addicting and challenging

The followers of QAnon were among the rioters who stormed the US Capitol on January 6 in hopes of overturning the results of the November presidential election, which Mr. Trump and many of his supporters say was rigged.

According to QAnon’s prophecies, Mr. Trump would keep the power going as blackouts spread across the United States on January 20. But when the lights remained on in America, the mood in QAnon circles darkened.

The believers began to proclaim: “Nothing !!!!” on messaging apps, with their verdict sometimes accompanied by an angry face or broken heart emojis.

“We’ve all been ripped off, you’ve all made us lose friends because of this charade,” said a member of a QAnon newsgroup created days after the Capitol riot. “Now we are all sitting with an egg on our face.”

“Q,” the poster or pseudonymous posters behind the nearly 5,000 obscure messages that form the central script of conspiracy theory, provided no explanation.

But Ron Watkins, whose father owns the imageboard where QAnon’s messages are hosted, said, “We gave it our all. Now we have to keep our chin up and get on with our life as best we can.

The setback was just the latest in a series of reversals for the QAnon movement, whose ranks rose significantly in 2020 during lockdowns linked to the coronavirus pandemic.

Facebook said on Tuesday it had deleted more than 40,000 QAnon Facebook and Instagram pages and accounts since August as part of a crackdown on extremists. Accounts belonging to QAnon influencers were deleted by Twitter earlier this month, shortly before the website was permanently suspended Mr. Trump.

Supporters of QAnon have also been hit by the shutdown of Parler, the conservative “free speech” social network, after Amazon suspended its web hosting services earlier this month.

Nonetheless, some QAnon believers on Wednesday tried to find ways to explain the situation, or fell back on the cryptic messages that characterized many QAnon messages. “Trust the plan,” wrote one.

Experts have warned that individual conspiracies within the larger ideology – such as anti-5G and anti-vaccine narratives – will likely endure, possibly turning into something more threatening.

“For a lot of people, it won’t be easy to step back. The engagement cycle has been too addicting and challenging, ”said Molly McKew, managing director of consultancy Fianna Strategies and an expert in information warfare. “What if they decide to hang on to a new leader who is less lazy and incompetent than Trump?” The power of this belief system has not yet dispersed.