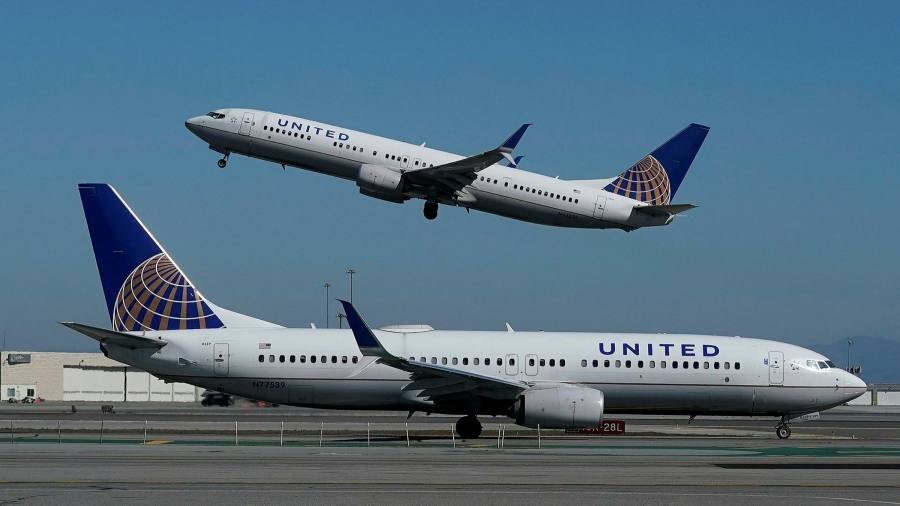 
United Airlines has pledged to step up its cost reduction efforts after its cash consumption increased in the fourth quarter due to interest payments on its growing debt and staff reduction costs.

Scott Kirby, managing director of the US carrier, said Covid-19 pandemic “Changed United Airlines forever” and that the company planned to make “structural cuts” that would make it “more profitable than ever”.

The company said that in two years it would beat the 15.8% margin on profit before interest, taxes, depreciation and amortization it posted in 2019, before the pandemic crushed demand for air travel.

But in the fourth quarter of 2020, the airline’s cash consumption increased to $ 33 million per day, from $ 25 million per day in the third quarter. The amount spent on debt service and severance payments to employees has increased from $ 4 million to $ 10 million per day.

United has cut 22,000 jobs because of the crisis, although it temporarily recalled some of those workers after US lawmakers approved $ 15 billion in additional aid to the struggling industry in December. Aid extends a payroll support program until March 31.

The carrier was the second largest U.S. carrier after Delta Air Lines to release the results for 2020, a year that has punished airlines around the world as governments imposed travel restrictions. United reported a net loss of $ 1.9 billion for the fourth quarter and $ 7.1 billion for 2020 as a whole.

Operating revenue for the fourth quarter rose to $ 3.4 billion from $ 2.5 billion in the previous quarter as Americans chose to travel for the Thanksgiving and Christmas holidays despite government warnings. Revenue was still down 69% from the fourth quarter of 2019.

“Airlines are doing their best to control costs, but there is a limit,” Cowen analyst Helane Becker said in a note. “The industry needs a revenue recovery.”