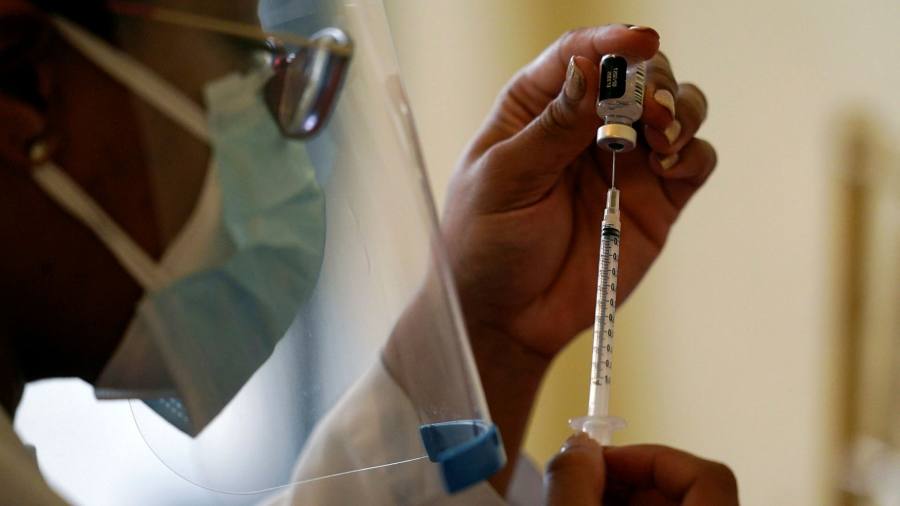 
The Biden administration has identified critical supply shortages of 12 items needed to help fight the coronavirus pandemic and has promised to use the powers of war to resolve them.

Joe Biden, who took office as president on Wednesday, will sign an executive order on Thursday ordering U.S. government agencies to use the Defense Production Act to increase supplies of several items, including coronavirus tests, N95 masks and vaccine syringes.

The ordinance is one of many such documents the president signs as he lays out what he promises will be a stronger and more transparent strategy to bring the pandemic under control.

He added, “Where we can produce more we will, where we need to use the Defense Production Act to help do more, we will too.”

Mr Biden has vowed to make the fight against Covid-19 his first priority as president and will give more details on Thursday on how he intends to contain the spread of the disease.

The virus has killed nearly 400,000 people in the United States since the start of the pandemic and left just under 123,000 currently in hospital, according to the Covid Tracking Project. On the first day Mr. Biden took office, the United States had more than 4,400 deaths, a new record in one day.

Mr. Biden warned during his inaugural speech Wednesday as the United States entered “what could be the virus’ most difficult and deadly period” as the country tries to boost vaccine supply while controlling the spread of new variants. He subsequently signed an executive order authorizing the wearing of masks on all federal government property.

Biden’s advisers on Wednesday criticized the Trump administration for failing to fully cooperate during the transition, leaving new officials unsure of basic information such as the number of vaccine doses kept in reserve. The former administration announced last week that it would release all available doses rather than stick to some to secure the supply of the second boost, but officials later admitted that the reserves had already been largely exhausted.

The list of executive orders on Thursday gives a clearer idea of ​​how Mr Biden’s administration will tackle the pandemic in the coming months, including increased use of the Defense Production Act.

Donald Trump, the former president, had been criticized for his apparent reluctance to invoke the DPA, which was passed in 1950 during the Korean War and allows the government to force companies to manufacture certain products.

Mr Biden’s aides did not explain exactly how their administration would use the law, although increasing the supply of syringes is likely a top priority.

So-called low dead volume syringes are needed to extract a six full doses from each vial vaccine manufactured by BioNTech and Pfizer, and without them vaccine stocks will likely be depleted.

States have already said they are running out of vaccine, New York Governor Andrew Cuomo saying Wednesday his state only has enough doses to last another two or three days.

Mr Biden will also make a series of other changes, such as restoring regular briefings from a team of government scientists and funding the production of more Covid-19 tests.

Mr Trump had previously expressed his frustration with the number of tests being carried out in the United States, saying that a high level of testing has led to an artificially inflated number of cases.