EU responds to downgrade of ambassadorial status by UK 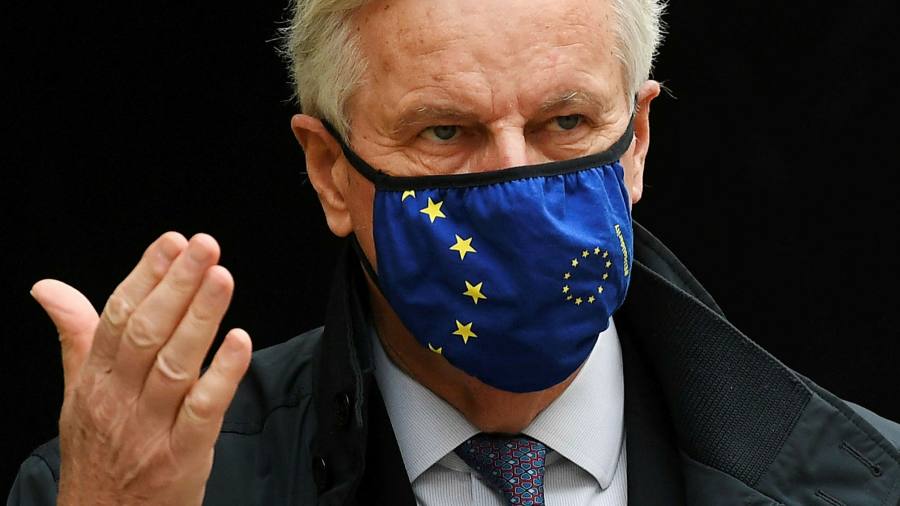 
The EU has hit back at the UK’s demotion of its diplomatic status – a snub that the administration of former US President Donald Trump also inflicted on the bloc, but then reversed.

Brussels said there was no justification for the UK government’s decision to refuse after Brexit to give the EU mission in London the same status as national delegations.

Michel Barnier, the EU’s chief Brexit negotiator who is now special adviser to the President of the European Commission on British issues, warned on Thursday that the UK should be “very careful” in the way it deals the question, insisting that the EU cannot be treated simply as an international organization with diplomatic privileges inferior to those of sovereign countries.

“I hope that together we can find a smart and objective solution to the EU status in London,” he said. “I think it would be wise, in my opinion, for the UK to find a smart solution.”

“We’ll see what the UK’s final decision will be on this, but they have to be very careful,” he said.

The BBC reported on Thursday that Britain is refusing to give João Vale de Almeida the full diplomatic status that is accorded to other ambassadors. The Financial Times reported on disagreement in May, since which the stalemate has hardened.

The United States quickly reversed a similar decision in 2019 after a backlash, including from Democratic politicians and EU institutions. The UK’s position has already drawn criticism, including from some Tory MPs such as
Tobias Ellwood, Chairman of the House of Commons Special Committee on Defense.

“It’s just insignificant,” Ellwood said on Twitter on Thursday. “[New US president Joe] Biden is committed to strengthening alliances and we are engaging in nonsense that will not help strengthen security and trade cooperation. We are better than that.

David O’Sullivan, who was the EU’s ambassador to the US when his status was downgraded, said the UK’s decision to take a similar approach was “surprising”.

EU member states, including the UK, angrily opposed the move, which became evident when Mr O’Sullivan found himself seated behind the more than 150 bilateral envoys at the funeral of former President George HW Bush. The decision was quietly overturned, reverting to the full recognition granted by the Obama administration three years earlier.

“I would be extremely surprised if the British government were unwilling to grant full diplomatic recognition to the EU Ambassador – as is the case in the vast majority of countries around the world, including the United States” Mr. O’Sullivan told the FT.

The commission said the UK was the only country among 143 where the bloc has missions that have not given its ambassador a status equivalent to that of national envoys. He also said the UK, as a signatory to the EU’s Lisbon Treaty in 2007, endorsed the argument that representatives of the bloc should enjoy the same privileges and immunities as bilateral missions under the EU. the Vienna Convention on Diplomatic Relations.

Gordon Sondland, then Washington’s ambassador to the EU, said the bloc was “an organization of unique importance and one of America’s most valuable partners in ensuring global security and prosperity.”

David Lidington, a former Conservative senior cabinet minister, said he hoped London “won’t fight over this”. He said the full diplomatic status of EU missions “does not bother” other British members of international organizations such as the Commonwealth and the so-called Five Eyes intelligence alliance.

The UK’s non-recognition could also set “a bad precedent for regimes that hate European ambassadors who defend human rights defenders,” he added.

People close to the Brexit talks on the EU side have said that UK chief negotiator David Frost has sometimes referred to the union as Mr Barnier’s ‘organization’, prompting them to withdraw. scratch your head across the negotiating table.

Downing Street said the Foreign Office “continues to engage with the EU on the long-term arrangement for the EU delegation to the UK”, and declined to comment on the outcome of those talks .

“I believe the Department of Foreign Affairs, Commonwealth and Development has declared that the EU, its delegation and staff will be granted the necessary privileges and immunities to enable them to carry out their work in the UK,” added Downing Street.