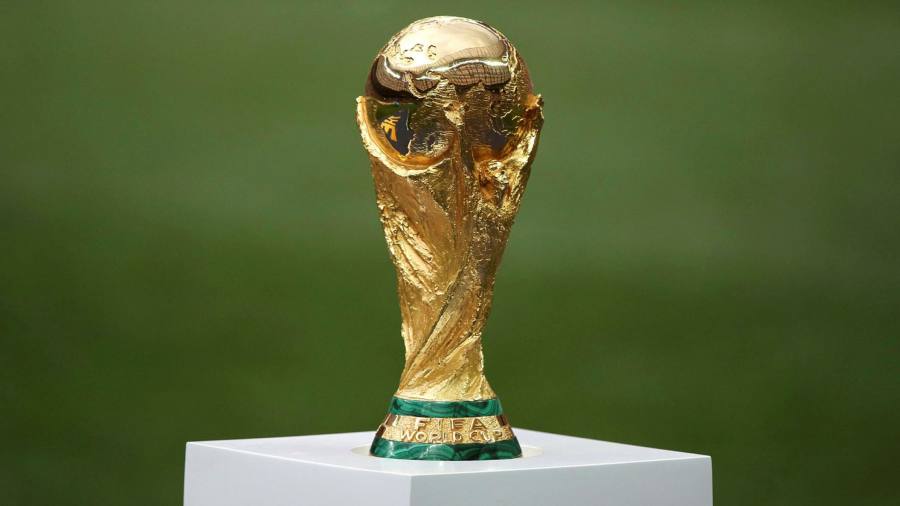 
Fifa sought to block the launch of a breakaway “super leagueAs top clubs including Real Madrid and Manchester United intensify their talks about creating a new competition that would dramatically change the finances of the world’s most popular sport.

The world football governing body said on Thursday it would refuse to recognize the proposed new league of elite European teams, which would mean the players involved could not participate in existing international tournaments, such as the World Cup, widely regarded as the pinnacle of sport.

“Any club or player involved in such a competition would therefore not be allowed to participate in a competition organized by Fifa or their respective confederation,” said the body in a statement co-signed by the six main “confederations” of football. – continental organizations which manage sport throughout the world.

Fifa, which previously dismissed the super league project as rumor and speculation, made the announcement following revelations about the progress of JPMorgan-backed proposals for a new European competition featuring top 20 clubs.

The plans center on launching a league that would include 15 permanent member clubs, with five additional spots available each season for qualifying teams, according to people who have seen documents outlining proposals for the competition.

The New York Times and The Times of London were the first to reveal details of the working papers.

JPMorgan put together a $ 6 billion debt financing program to launch the competition, with founding clubs to be offered € 350 million each to enter the competition. The matches will be played midweek, effectively replacing the existing Champions League tournament in Europe, where € 2 billion is shared between 32 participating clubs. JPMorgan declined to comment.

The super league is led by Florentino Pérez, the president of Spain’s Real Madrid, but has also been discussed by the Glazer family, Manchester United owners in England and leaders of major clubs in Spain and Italy, people familiar with it said. with the discussions. Real Madrid and Manchester United did not immediately respond to requests for comment.

The globalization of football has attracted billions of dollars from broadcasters and sponsors, but investors are increasingly looking for a regular return on investment. Adopting a “closed” model, which removes the threat of relegation, gives elite clubs the certainty of their participation and of their owners more predictable income.

Discussions were accelerated by the coronavirus pandemic, which resulted in heavy losses at top clubs. Barcelona reported a € 100m loss before tax last season, hit by a shortfall of 200 million euros, while Manchester United lost £ 23.2m on a net basis. Inter Milan, of which majority-owned Chinese retail conglomerate Suning, put on sale, recorded a pre-tax loss of 102 million euros last season.

Broadcasters have asked for discounts due to the disruption of the 2019/20 season, while in Europe, home to the richest clubs in the world, matches are still played in empty stadiums amid pandemic restrictions.

Partly in response to Super League talks, UEFA is set to announce sweeping Champions League reform in the coming weeks in a bid to secure the engagement of elite teams in the competition. . The changes are expected to include an expanded group stage, which will increase ticketing revenue as the number of guaranteed matches each season increases from six to 10.