US Joins Global Immunization Efforts on Day 1 of Biden Administration 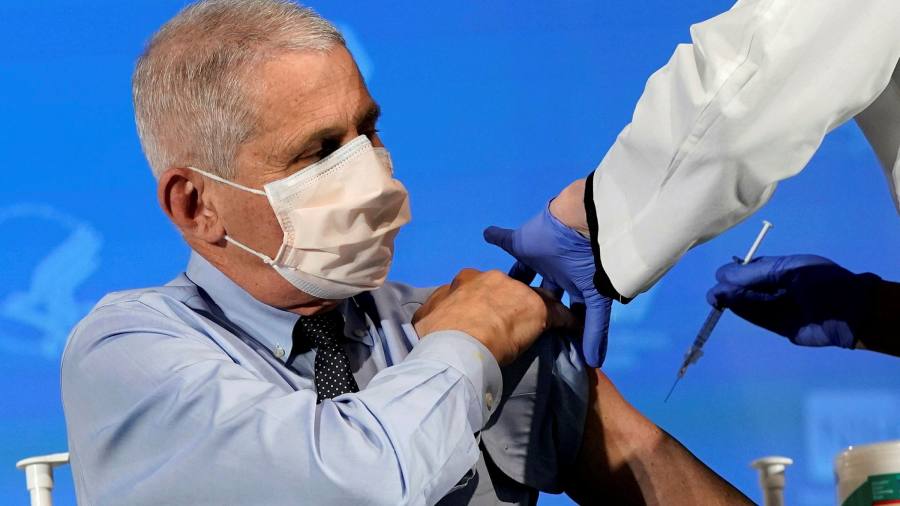 
Joe Biden’s administration will join global efforts to make Covid-19 vaccines and drugs available worldwide, reversing the stance of his predecessor Donald Trump and ushering in a new era in health diplomacy.

Anthony Fauci, head of the National Allergy and Infectious Disease Institutes, said on Thursday that the United States will join the World Health Organization’s Covax program to “advance multilateral efforts” to stop the spread of the coronavirus.

Addressing the WHO executive board a day after Mr Biden’s inauguration as president, Dr Fauci said he was ‘honored’ to say the United States would remain a member of the WHO .

“The United States stands ready to work in partnership and solidarity to support the international Covid-19 response, mitigate its impact on the world, strengthen our institutions, advance epidemic preparedness for the future, and improve health and well-being of all people in the world, ”Dr. Fauci said.

Mr Trump, who left the White House on Wednesday after a presidential term, had said the United States would leave the Geneva-based organization, which he accused of surrendering to China and not acting quickly enough to warn the world of the pandemic.

The move is part of Mr. Biden’s first attempt to undo much of Mr. Trump’s legacy as president and bring the United States back to a more internationalist perspective, which also included a move from the first day to join the Paris climate agreement.

The new president pledged in his inaugural address on Wednesday that his country would lead the world “not only by the example of our power, but by the power of our example.”

Biden will meet with Justin Trudeau, Prime Minister of Canada, on Friday, before prioritizing calls with other allies, according to Jen Psaki, the White House press secretary.

On the WHO, Dr Fauci said the United States would resume “regular engagement” with the organization and intend to meet its financial obligations. He also endorsed the WHO mission to China to probe the origin of the virus.

“It is imperative that we learn and draw important lessons on how to avoid future pandemics,” said Dr Fauci. “The international survey [into the pandemic’s origins] should be solid and clear, and we look forward to evaluating it. “

Tedros Adhanom Ghebreyesus, Director General of WHO, welcomed the re-engagement of the United States. “It’s a good day for WHO and a good day for global health. . . We have to work together as one family, ”he said.

Jeremy Farrar, director of the Wellcome Trust medical charity, welcomed the US decision to join Covax, saying that strong international collaboration would be “essential to end this pandemic as quickly as possible and improve the lives of million people in the world ”.

The Covax facility, which is also convened by the Gavi Alliance of Vaccine Partners and the Coalition for Epidemic Preparedness Innovations, struggled mobilize the support necessary to fulfill its mission of making 2 billion doses of vaccine equitably available in the world.

Suerie Moon, co-director of the University Institute of Geneva’s Global Health Center, said the United States had “suffered serious damage to its reputation under Trump” but remained a world leader in health.

“[US participation] will give Covax a big kick in the arm with money [and] access to the existing vaccine supply, ”she said. “And through the use of government authority to force the production and transfer of technology, it can make huge strides in increasing the supply of vaccines around the world.”