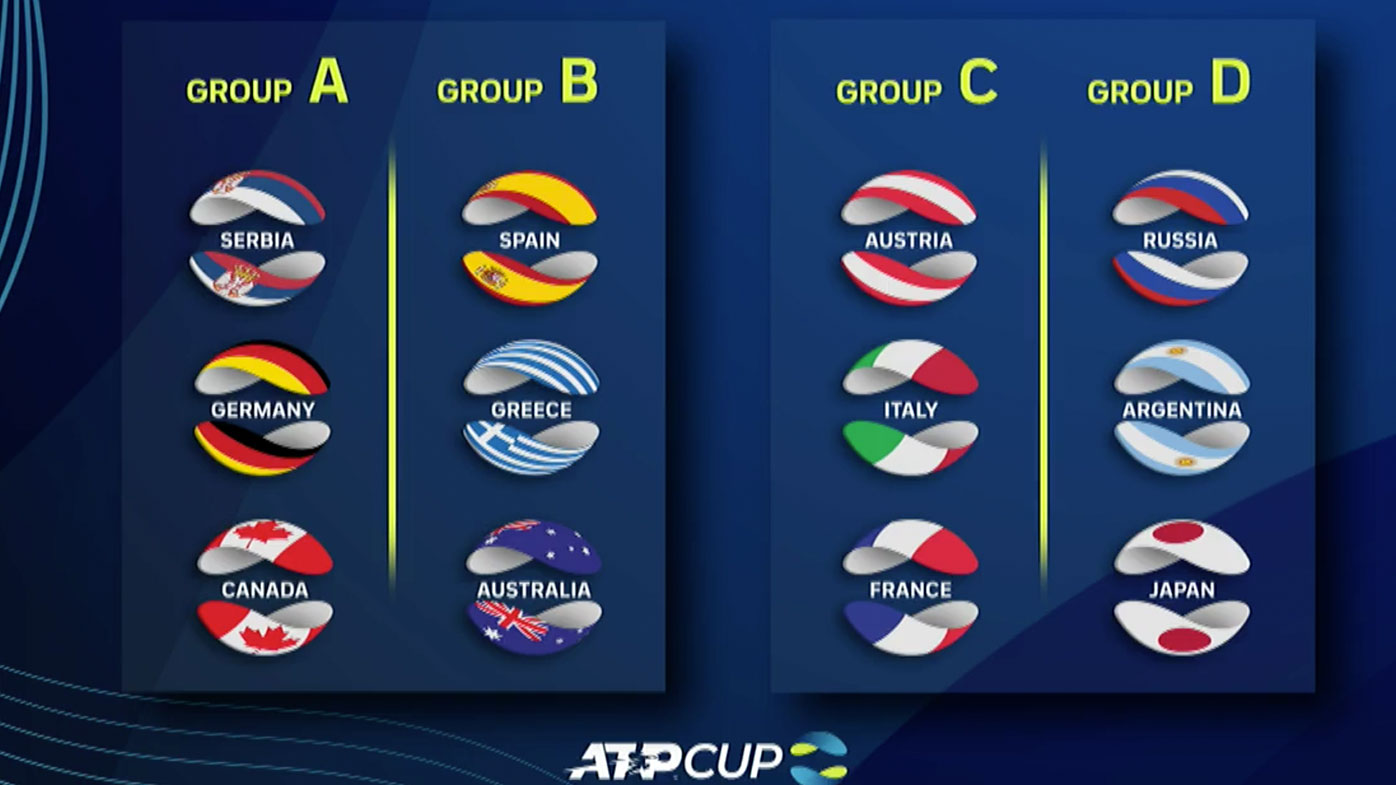 
The ATP Cup draw has been revealed and it will be a tough tournament for the Australians.

Last year’s champions Serbia, led by world No.1 Novak Djokovic, will look to defend their crown when the tournament kicks off on February 1 in Melbourne.

For Australia, Alex de Minaur has again been appointed to lead the team. He will be accompanied by his fellow Australians John Millman, John Peers and Luke Saville.

De Minaur last year drove Rafael Nadal to three sets in a thrilling game before Australia fell to Spain in the semi-finals.

While the Australians are set to face Spain in the round robin stage this time around, with Greece having world number 6 Stefanos Tsitsipas in the lead, the great American tennis player Jim Courier believes it will be a game. no difficult, especially for 21- from Minaur, one year.

Australians celebrate their move to semi-finals

“Alex will have his work cut out for him, but he will be up to the task,” said Jim Courier.

“He has Rafa and Tsitsipas, it’s a big challenge for him.

“But Australia were so good with a very difficult draw last year. Maybe they will be able to pull off another upset.

“There are so many great encounters.”